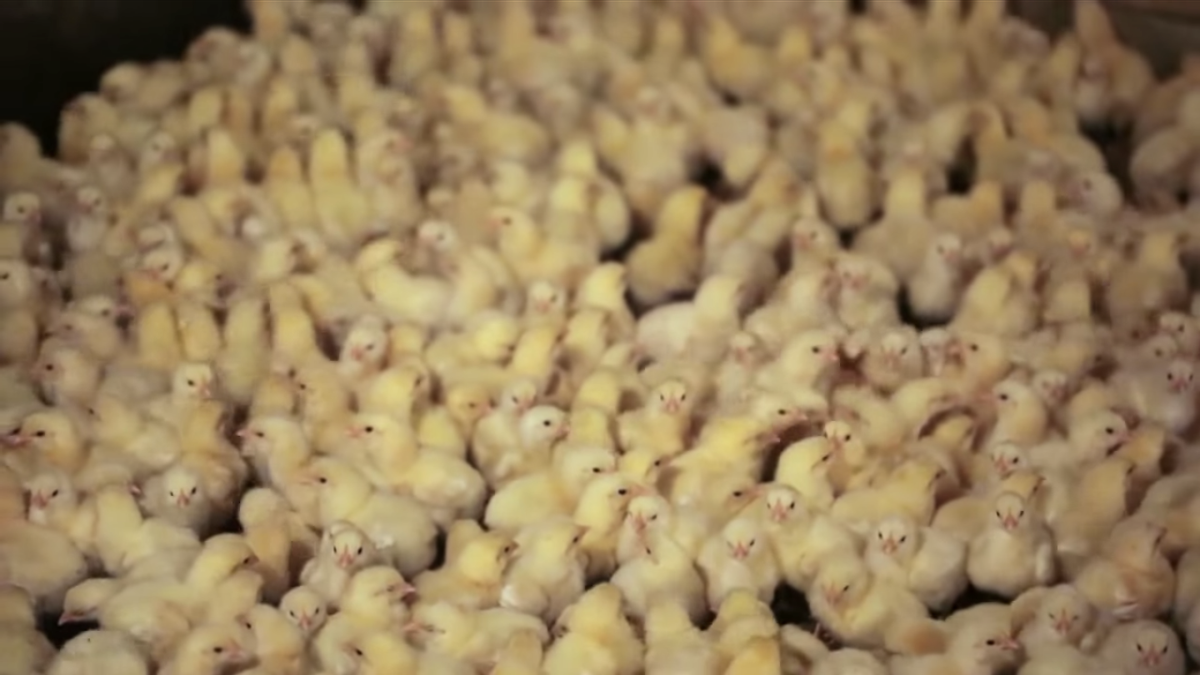 It is usually extremely difficult to obtain high-quality footage inside factory farms--meat and dairy industries know exactly how inhumane the facilities look and work hard to maintain secrecy in order to keep up the facade that we aren't eating animals that suffered terribly. Now, one South Carolina farmer named Craig Watts has taken the brave step of collaborating with the animal-welfare group Compassion in World Farming to expose the conditions of his barns.

The video is a collaboration with Leah Garces, Compassion's US director... They appear onscreen together, walking through his broiler flock, discussing the strict company rules he operates under, and examining the sad condition of his birds: leg deformities, ulcerated bellies from barn litter soaked with urine, chicks too frail to eat or stand...

One of the key points of the video is that Watts’s chicken is sold under a USDA program called “Process Verified,” in which the agency says it confirms that broilers are raised to a number of standards, including “humanely” — which, from the conditions in the video, seems untrue. It slots into work that Garces and Compassion were already doing with the Better Chicken initiative, which challenges supermarkets to buy only chicken that is humanely raised.

"This stuff is not as advertised," Watts says in the video. "There's a lot of flaws in the system. The consumer is being hoodwinked. The farmer's being jerked around."