Fox's Megyn Kelly says something can't be racist if a person of color believes it. Here's the lesson she's missing 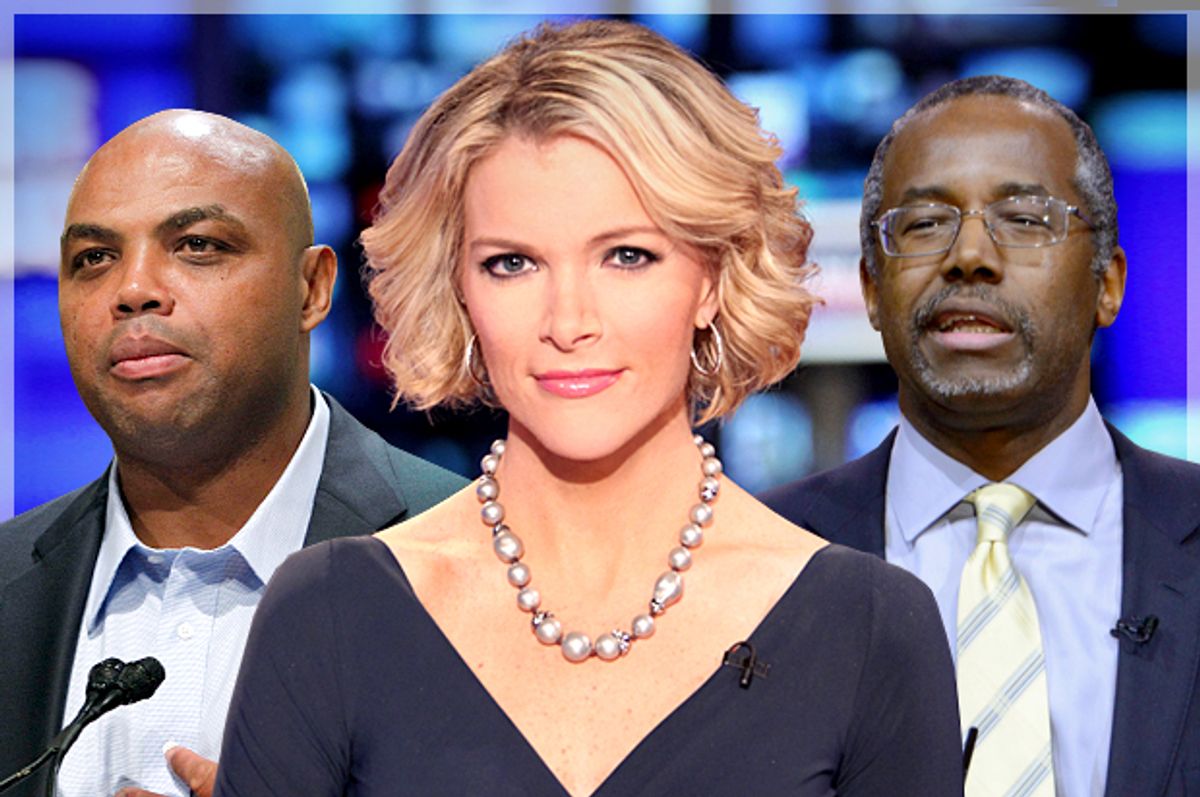 During a characteristically unilluminating and stupefying interview with Texas Rep. Al Green on Tuesday, Fox News’ Megyn Kelly seemed to think she had a mic drop-worthy response to the Democrat’s criticisms of the outcome in Ferguson, Missouri. “Every witness that testified [Michael Brown] was charging [at Darren Wilson] was African-American!” she said. “How is this a race thing?” Green, who is a member of the Congressional Black Caucus, essentially responded by simply ignoring and talking over Kelly, which was probably for the best.

For the kind of people who can spend an hour listening to Bill O’Reilly’s insights on black people’s meager intelligence, only to then decide that they’d like to hear the greatest hits of white resentment politics, but this time from a more telegenic singer, Kelly’s line was probably a real winner. (Indeed, not since the first suburban white 13-year-old blasted the double-standard that keeps him from saying the N-word, while letting Jay Z do it unchallenged, has a white person leveled a more crushing blow to the “racial grievance industry.”) Anyone who understands that being a member of a minority group does not negate the capacity for independent thought, however, likely found Kelly’s comeback less definitive.

Megyn Kelly is popular, influential and fond of disseminating racist nonsense throughout American politics. But that’s not the reason I’m bringing her Tuesday interview up. Instead, the phenomenon that I think it illustrates quite cleanly — and that still goes unappreciated by many Americans, and not just the ones watching Fox — is how bigoted logic, if it’s mainstream enough, can grab hold of anyone, regardless of their political or social identity. Put differently, there’s no reason that the long-standing American meme of the irrational, hostile and animalistic young black man cannot be adopted by people who are themselves black. And there’s no reason they can’t bring that inherited worldview with them when they’re sitting on a grand jury.

While it’s certainly possible for someone to harbor prejudice toward a group they belong to — the archetype of the self-hating Jew, for example, wasn’t just a creation of hard-line right-wing Zionists — what usually happens when we harbor these thoughts about ourselves is that we find some reason, no matter how flimsy, to conclude “we” are not like “them.” For women, this can take the form of blaming female rape victims for their own misfortune, which usually rests on the idea that the assaulted did something her female critic would never do. The process may also be evident with members of the LGBTQ community who argue that hatred directed their way could be lessened if only folks on their side were more mild-mannered.

To see this at play among black people in America, let’s look at two African-American celebrities who are known to enjoy slamming people who look like them for failing to act like them, too: Ben Carson and Charles Barkley. Carson, of course, is in the news right now because of his vainglorious and all-but-official campaign to be elected president in 2016. But while Carson was an enormously successful and celebrated neurosurgeon in an earlier life, he’s become a national conservative icon over the past few years chiefly because of his willingness to say things about President Obama — and black people, in general — that white conservatives want to but know they can’t. Former NBA great and beloved TV personality Charles Barkley, meanwhile, is now earning attention from a whole new audience by using the controversy in Ferguson to do much the same by defending the unconstitutional practice of racial profiling, as well as the grand jury’s decision in favor of Darren Wilson.

In both cases, these wealthy and powerful men set themselves up as positive, contrary examples of black masculinity. They wear their pants high. They work hard. They respect their country and its various sacred myths. And in both cases, it’s very likely that they truly believe in their own superiority; they’re both supremely gifted and have both expressed sentiments along these lines for decades. But the fact that they believe themselves to be living proof that most of their fellow black Americans more or less are what racists claim — lazy, entitled, irrational and, above all else, more invested in their victimhood than in the quality of their and their children’s lives — is not a sign that these sentiments aren’t racist. It’s merely a sign of the enormous, lingering influence of white supremacy in our culture, as well as the boundless human capacity to respond to that which scares us (like the idea that we, too, might be treated unjustly for reasons outside our control) by concocting some reason why we need not feel unsafe.

Whether they’re good or bad, cruel or kind, ideologies like racism, homophobia and sexism have a life of their own. They’re adaptable. They’re flexible. They can contort themselves to best fit their time and place. So if we believe in equality — as I’m sure Barkley, Carson and Kelly believe they do — there’s no reason to be surprised that a black person might’ve voted in Wilson’s favor or echoed Bill O’Reilly’s latest rant. But none of it proves Kelly's point.