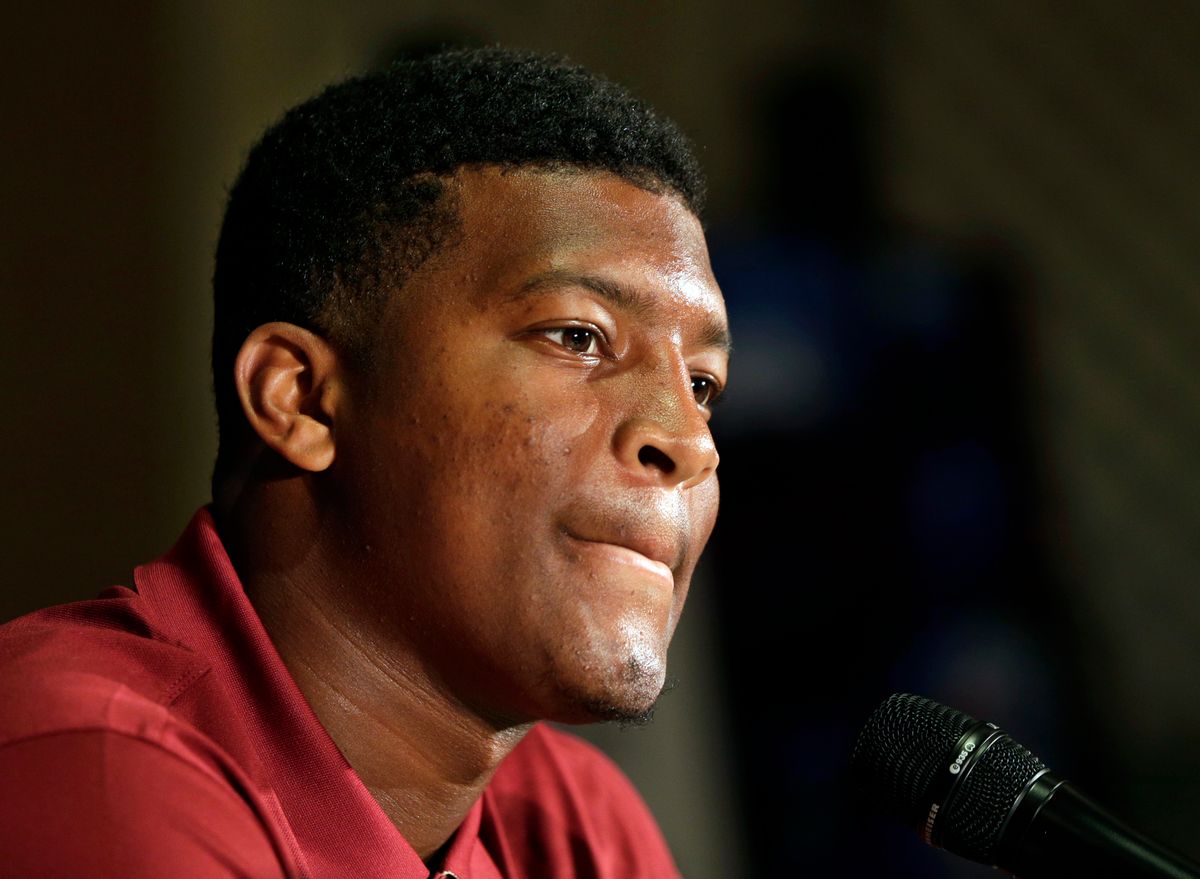 The maddeningly long, botched investigation of Florida State University quarterback Jameis Winston, who allegedly sexually assaulted a woman two years ago, finally resulted in a student code of conduct hearing this week, which concluded on Wednesday with a statement from the player. In the statement, which was obtained in full by USA Today, Winston offers his recollection of what happened the night of Dec. 7, 2012, contradicting his accuser's claims that she said she did not want to have sex with him and maintaining his innocence. That's to be expected.

Perhaps less foreseeable, however, is Winston's complete lack of a grasp on the concept of consent, or on the nature of sexual assault. By the player's account, his accuser "had the capacity to consent" to having sex, although she reported to police that she had consumed multiple shots of alcohol the night of the alleged assault and could not remember significant portions of the evening. But in addition to asserting that his accuser could consent, Winston also contended that she did not revoke consent, so therefore the sex was consensual:

During our consensual sexual interactions, (NAME REDACTED) engaged in sexual talk and took other actions that made it clear that the sex was consensual and that she was enjoying having sex with me. If (NAME REDACTED) did not want to have oral sex or intercourse with me, she was fully capable of expressing it to me, the taxicab drivers, the numerous students outside of Potbelly's, Chris, and/or Ron. Had she done so, I would have stopped immediately.

Of course, sexual consent is something that must be given, not necessarily taken away (though it can be). But Winston's trouble comprehending the line between consensual and nonconsensual sex is just one illustration of his deep, deep misunderstanding. The player provided a better example with the conclusion of his statement, which began with a forceful claim that he has been wrongfully accused. He then proceeded to compare being falsely accused to being raped:

Rape is a vicious crime. The only thing as vicious as rape is falsely accusing someone of rape. (NAME REDACTED) and her lawyers have falsely accused me, threatened to sue me, demanded $7,000,000 from me, engaged in a destructive media campaign against me, and manipulated this process to the point that my rights have and will continue to be severely compromised. (NAME REDACTED) and her lawyers' public campaign to vilify me guarantees that her false allegations will follow me for the rest of my life.

The only thing as vicious as rape is rape. In terms of viciousness, though, something more comparable to allegedly being falsely accused might be this: reporting a sexual assault to the police, only to have them wait a full year before bringing their shoddy investigation to prosecutors, and only after dropping their investigation by falsely suggesting an accuser's "failure to cooperate." All that in addition to having a university and a town treat a successful football season as if it is more important than justice or the safety of women. Comparable or not, the latter is much more likely.