The streaming service coins the term “metropopolis" as 2014's breakout genre. It's no "cronut," that's for sure 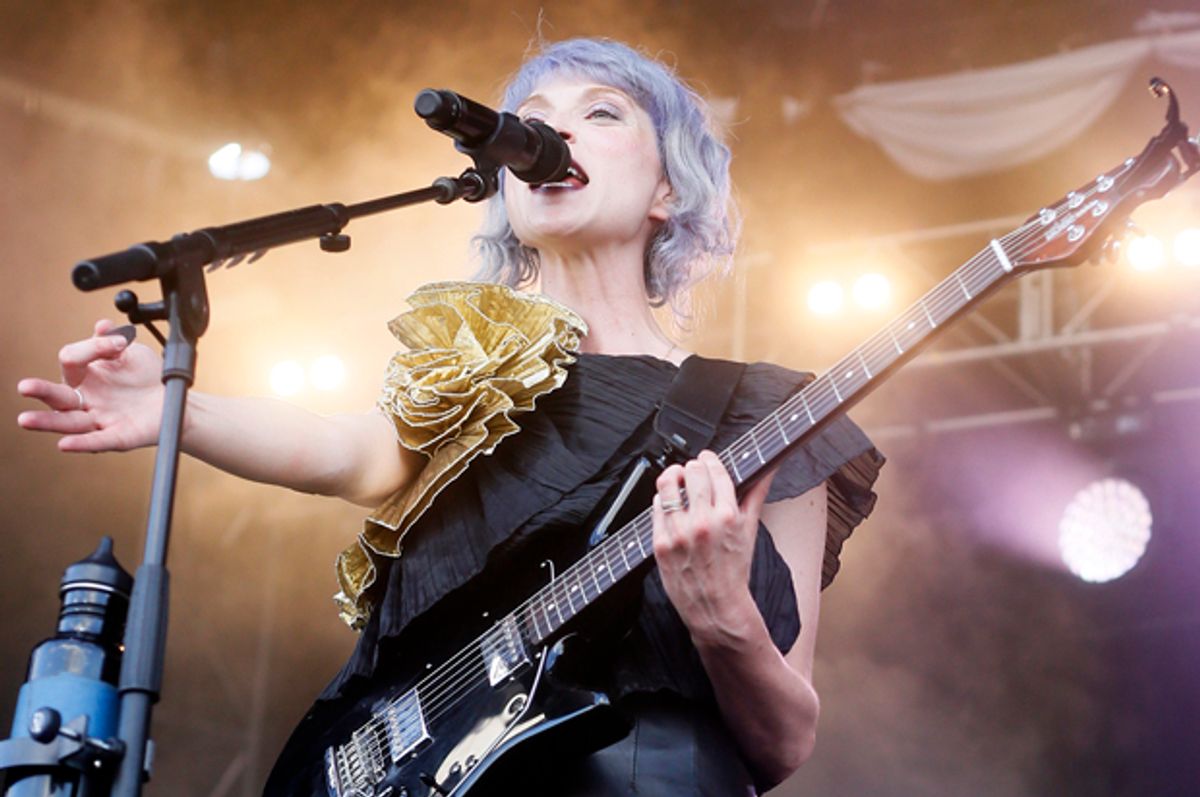 Spotify released its 2014 Year in Music retrospective this week, and -- along with standard quirky facts (more "happy music" was played on May 30 than any other day of the year) and the year's most popular artists (Ed Sheeran, Katy Perry, Coldplay) -- Spotify introduced its 2014 "breakout genre": Metropopolis.

Oh, you haven't heard of metropopolis? That's because it didn't exist until now. "A sophisticated, indie-leaning, and undeniably catchy cousin of mainstream pop," Spotify calls it. "Metropopolis was everywhere in 2014, thanks to artists like Charli XCX, Bleachers and St. Vincent."

As instantly recognizable portmanteaux go, "metropopolis" is no "cronut." What does it mean? Going by etymology alone, metropopolis would be pop music for urbanites, but we're not talking about geography here, are we? The new mashup of "pop" and "metropolis" is notable mainly for being defined not by what it is, but what it isn't.

Metropopolitans like pop music, but also sort of wish they didn't like it quite so much, so they qualify those pleasures as guilty. They know all the words to "Bang Bang" but are kind of embarrassed to admit it. (Don't be!) To be a metropopolis fan — not that anyone knew they were before this week — is to say meh to Taylor Swift, but sure! to Ellie Goulding. It is the anti-Katy Perry pop subgenre, as if that is a reasonable burden to place on fans of "undeniably-catchy" pop in the first place.

Metropopolis is code for "could be on a 'Twilight' soundtrack" or "maybe Apple used it in a commercial" or even "critics other than Rob Sheffield approve," to try to nail down a few approximate translations of the slippery and slightly misleading "indie-leaning" tag. It is a safe playlist to cue when someone you barely know comes over, because it says just enough about who you're not, which is definitely not the kind of person who just looped Selena Gomez's "The Heart Wants What It Wants" all afternoon, definitely not at all.

If you needed a metropopolitan algorithm, it wouldn't even be that complex: from well-known pop acts, subtract Max Martin and Pharrell, and you have a base to build on. If you're eyeballing it, just discard anyone your 9-year-old niece would like and go from there.

But it's not going to matter, not really. Spotify isn't likely to make metropopolis happen, and not only because it's a guaranteed autocorrect trap and none of the VMA hosts will want to chance pronouncing it on live TV. In an unbundled cloud-based world, the possibilities for subgenres are limitless, which is to say, the more they propagate and refine, the less useful they are — at some point, you refine and refine until you end up with a playlist full of one artist you already like — just like those old albums we're told we no longer want. Let pop music remain a big, ecumenical tent instead, where Ladyhawke can follow Ariana Grande, where simple pleasures aren't furtive, where sophistication isn't necessarily separated from the crowd-pleasing hits.