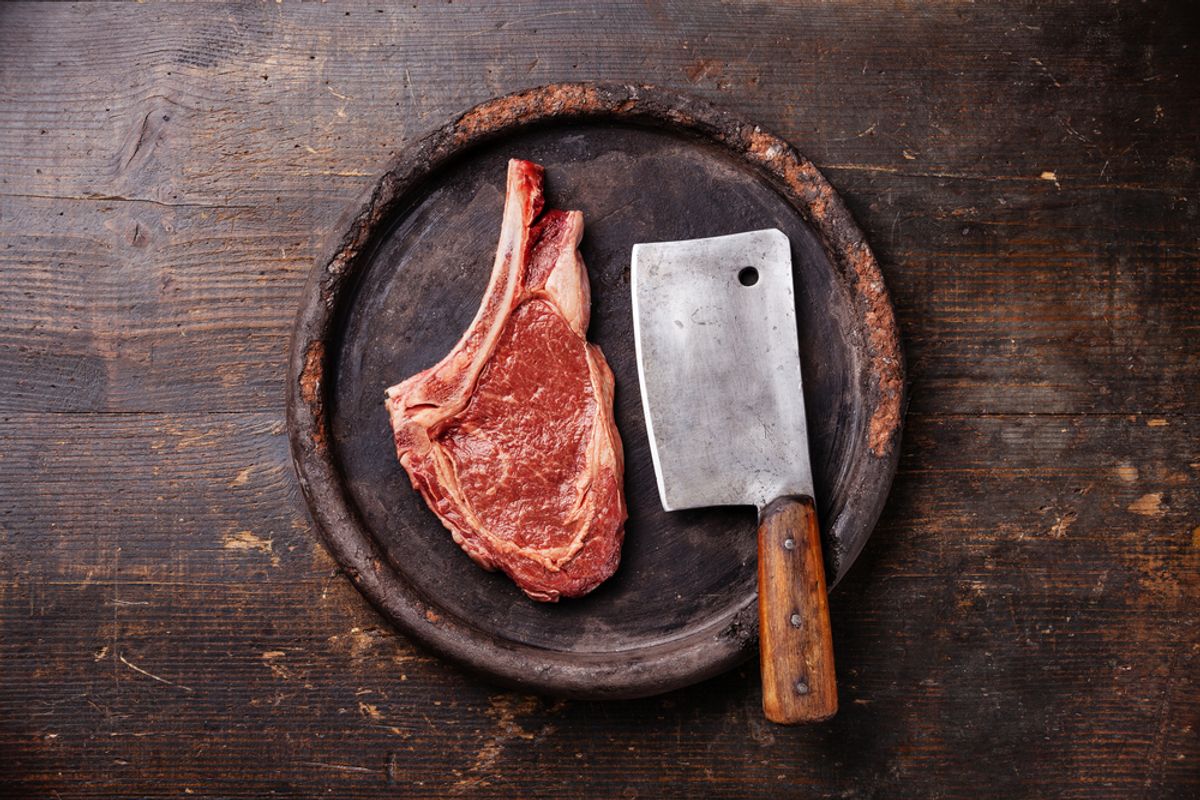 A new report from English think tank Chatham House indicates that limiting meat consumption is a vital aspect of any plan to stop climate change, but governments and NGOs are too scared of angry consumers to start advocating the move.

"Preventing catastrophic warming is dependent on tackling meat and dairy consumption, but the world is doing very little," said Rob Bailey, the lead author of the report, in an interview with the Guardian. "A lot is being done on deforestation and transport, but there is a huge gap on the livestock sector. There is a deep reluctance to engage because of the received wisdom that it is not the place of governments or civil society to intrude into people's lives and tell them what to eat."

Despite the fact that the global livestock industry actually produces the same amount of greenhouse gas emissions as the transportation sector (both at 15 percent of total emissions), attention is rarely paid to our eating habits in conjunction with climate -- especially among politicians. In fact, in a recent survey by Ipsos MORI, less than 30 percent of respondents said that meat and dairy production contributed to climate change, while 64 percent identified transportation as a major producer of greenhouse gases.

The report builds on scientific studies which show that soaring meat demand in China and elsewhere could tip the world's climate into chaos. Emissions from livestock, largely from burping cows and sheep and their manure currently make up almost 15 percent of global emissions. Beef and dairy alone make up 65 percent of all livestock emissions.

Appetite for meat is rocketing as the global population swells and becomes more able to afford meat. Meat consumption is on track to rise 75 percent by 2050, and dairy 65 percent, compared with 40 percent for cereals. By 2020, China alone is expected to be eating 20m tonnes more of meat and dairy a year.

The United States is the third-largest meat consumer in the world, trailing China and the entire European Union.

"It is unlikely dangerous climate change can be avoided unless [meat] consumption falls," said Bailey in a statement. "Consumers need to change their behavior and this survey shows a substantial lack of awareness of this."