Cosby hits back at his accusers

The comic goes on the offensive with a countersuit 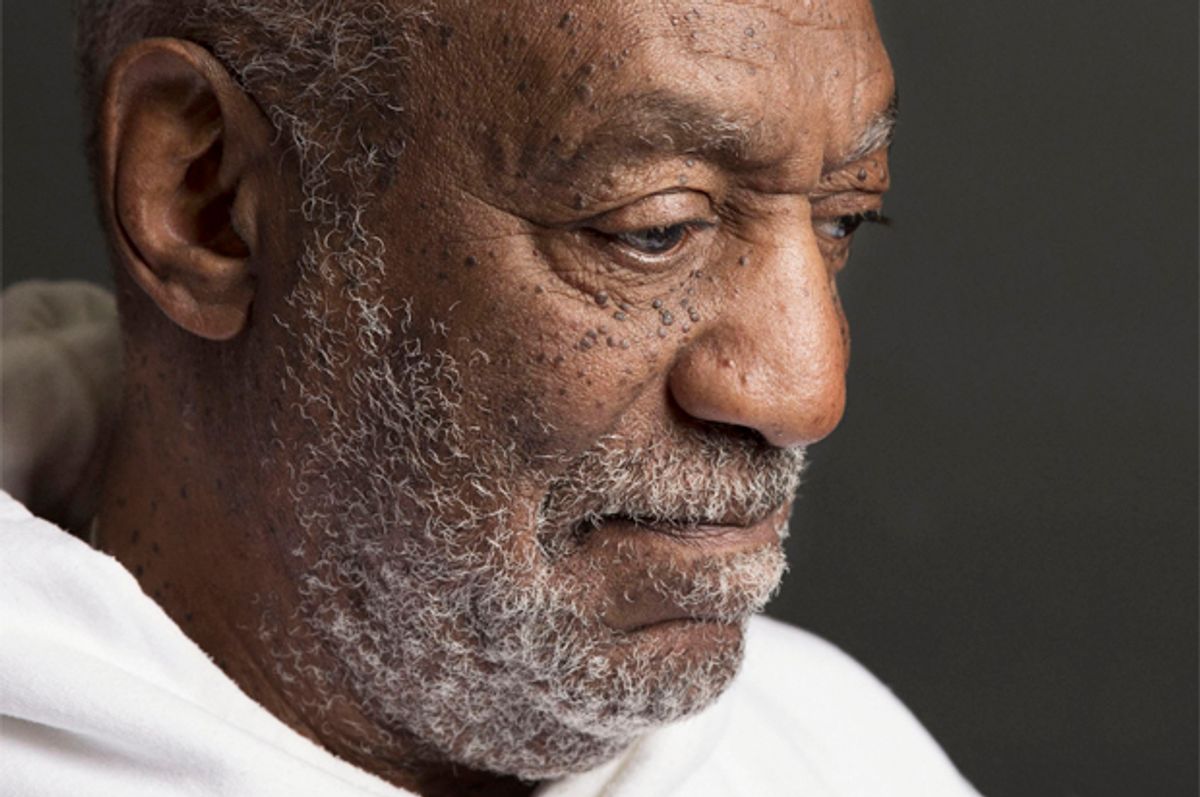 After weeks of staying relatively restrained regarding the numerous – and still mounting -- allegations of sexual assault against him – Bill Cosby this week has begun to go on the offensive. On Wednesday, he pointedly tweeted messages of thanks to Whoopi Goldberg and Jill Scott, both of whom have been publicly supportive of the comic. Now, he's hitting back at the woman who sued him earlier this week and claimed he'd sexually assaulted her at the Playboy mansion when she was 15. Cosby is moving forward and countersuing the now 55-year-old Judith Huth, alleging that she and her lawyers attempted extortion.

Cosby's team claims that Huth's lawyer Marc Strecker initially approached them demanding $100,000 to stop their case from going forward – a sum they say they then raised to $250,000. In a Thursday court filing, Cosby attorney Martin Singer called Huth's claims "meritless and unsupported" and said that they came "immediately after Mr. Cosby rejected plaintiff’s outrageous demand for money in order not to make her allegations public." He added, "Recognizing that they committed extortion and could face significant consequences for their conduct, plaintiff’s counsel Marc Strecker rushed to the courthouse to file this lawsuit on behalf of his client." And he continued, "Conspicuously absent from her complaint, however, is the fact, confirmed by plaintiff’s counsel, that plaintiff unsuccessfully tried to sell her story to the tabloids nearly a decade ago."

Over a dozen women have now come forward with stories of sexual assault involving the comic, but Huth's case is unique. It involves a claim of abuse against a minor; it involves a full-blown lawsuit that seeks punitive damages for "severe and extreme emotional distress." And because the alleged incident in question took place so long ago, it is beyond the California statute of limitations, though Los Angeles Police Chief Charlie Beck said on Thursday that "We don’t turn people away because things are out of statute. You come to us, especially with a sexual allegation, we will work with you."

Cosby’s stance throughout the past few weeks, ramped up even more of late, has been one of barely concealed irritation that his word should be questioned, that his legacy should be tarnished. It strongly suggests the demeanor of a man who may well genuinely believe, at this point, he is utterly justified in his reaction. But the harder he hits back, the more forcefully he tries to wrest control of the story from those who question him, the more entitled and petulant he appears. And unfortunately for that pristine reputation he’s trying so hard to hold on to, Cosby’s apparently profound sense of entitlement is exactly what’s been at the heart of this whole sad, ugly tale from the beginning.