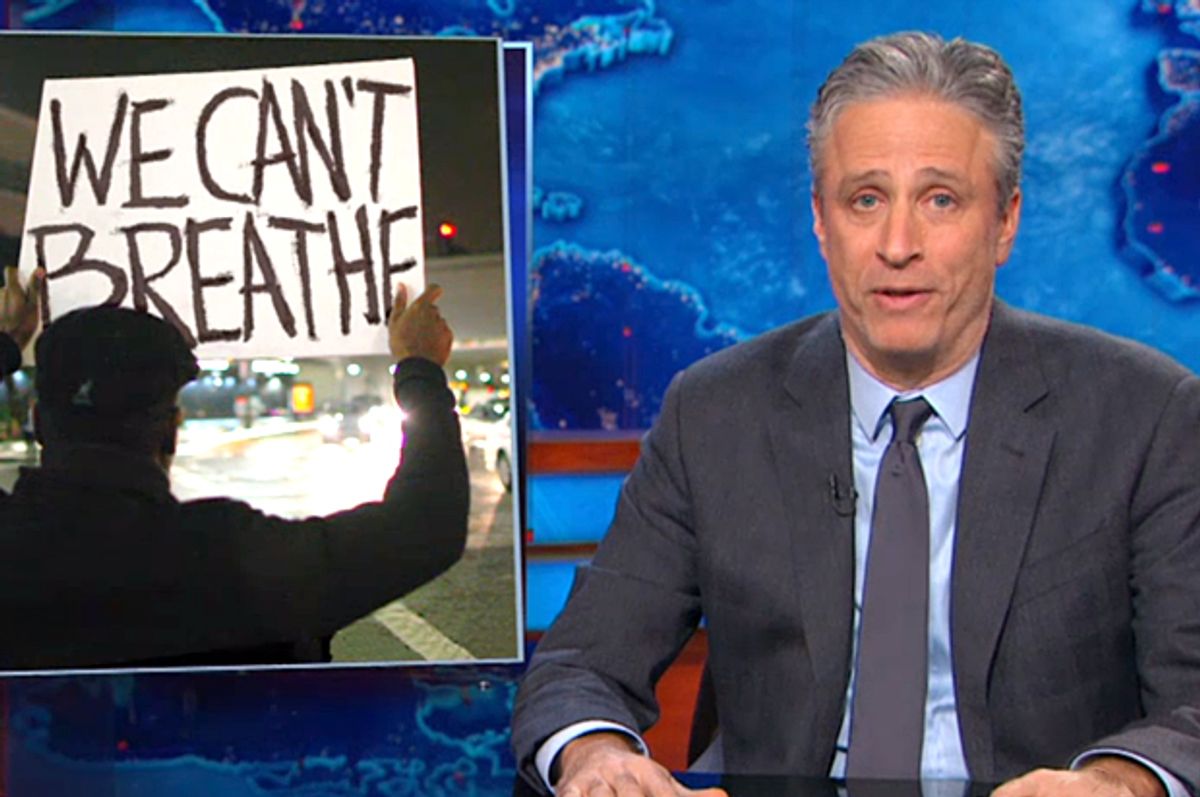 Last night Jon Stewart picked apart the right-wing response to the death of Eric Garner, which blamed his death on everything -- cigarette taxes, obesity -- except the chokehold that actually killed him.

Stewart took no prisoners, calling out Rand Paul, Rudy Giuliani, Sean Hannity, Peter King and Fox News as a whole. He then went on to discuss some of the systemic issues at play including racism and the possible problems the relationship between prosecutors and the police could cause in these types of cases. Watch below:

And meet the newest correspondent Trevor Noah from South Africa: