What's justice when the accused is 94 years old? 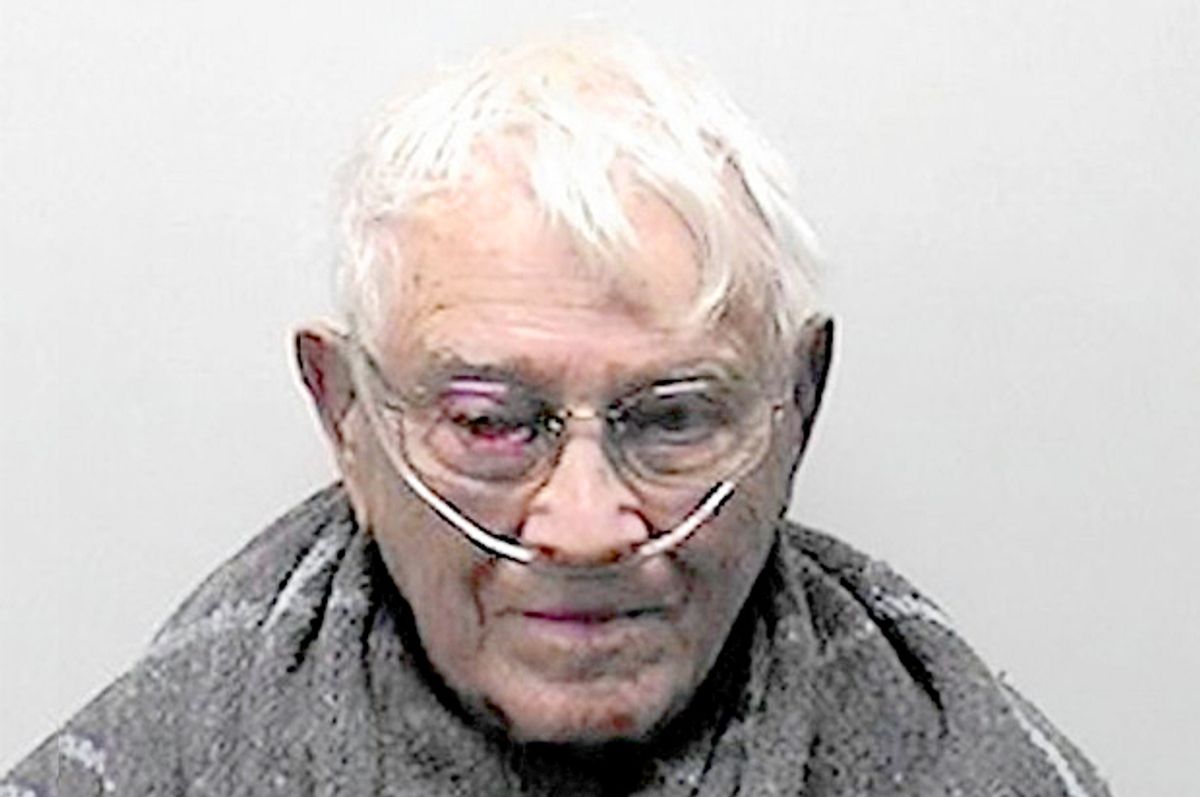 When you look at a fragile old man, a man who had been rendered weak and slow by time, can you imagine him capable of a terrible abuse of power? Can you see in him that he may have been a monster? More to the point, would you say that the person he is today deserves to be punished for the sins of the man he allegedly once was? In a case that proves yet again this week that justice rarely even gets the chance to be tested, the Chicago Tribune reports that retired Winnetka teacher Bill Bricker will likely not stand trial regarding multiple allegations of sexual molestation. Bricker is 94 years old.

Bricker, a former Boy Scout leader, was arrested at his Michigan nursing home in September and charged with sexually abusing two boys at a Wyoming camp — one in 1985 and one in 1962. Wyoming, unlike many other states, does not have a statute of limitations on such crimes. Since the charges were announced, several other men and women have come forward with allegations that Bricker likewise “fondled, kissed or otherwise had inappropriate contact with them decades ago.” But the case hit a snag Thursday when a judge ruled that Bricker must undergo a psychiatric evaluation, a process that could delay a trial by weeks or months. And in the meantime, his lawyers are seeking to stop his extradition, arguing that he is "too frail to make the cross-country journey to stand trial." His attorney Michael Lewis says Bricker is in home hospice care, and “sleeping 18 to 20 hours a day.” He told the court this week that "Frankly, he's probably not going to be here much longer.”

The questions of how to handle decades-old allegations — especially those involving sexual abuse, which are often challenging to prove even when they’re fresh — are thorny ones. The Jerry Sandusky case, which sprawled back to include incidents that went back nearly two decades, was a milestone for justice deferred but ultimately delivered — and an atypical story. The revelations of decades of “unprecedented” sexual abuse by British personality Jimmy Savile only came to light after his death in 2011 at the age of 84. The recent crop of allegations against 77-year-old Bill Cosby — many dating back to the '60s and '70s — have not been accompanied by criminal charges, no doubt in part because of the formidable burden of proof his accusers would face. Then there’s the matter of handling cases when the accused are so elderly — and there's a race to weigh the charges against them before their time runs out. Earlier this year, 89-year-old former Buchenwald concentration camp guard Johann Breyer died in Pennsylvania before he could face charges in Germany of  "aiding and abetting the deaths of 216,000 Jews.” Just earlier this month, the Nazi fugitive Alois Brunner, who was sentenced to death by France a full 60 years ago, was confirmed dead in Syria. The Simon Wiesenthal Center’s Israel office director Efraim Zuroff told the Times, “The significance is only that one very prime target can no longer be brought to justice, and that’s very sad.”

In the case of Bricker, even as more individuals have been filing police reports of abuse — and investigations have revealed documents noting complaints of "physical contact with students”  and written, documented allegations against him dating from the '60s right through the '90s — the likelihood that he will ever be held answerable for any of them is nearly nil. Even if he were, there appears no indication that he’s currently able to fathom the depth of what he’s being accused of.

Yet if there’s little likelihood of the satisfaction of a day in court, of any real possible punishment, there’s at least the possibility that when individuals speak up about their claims of abuse, they’re giving an example of courage to those who’ve also faced similar situations in the past -- and those enduring it in the present. They’re taking it out of the realm of secrets, and offering the important message to others: You are not alone. They're sending the message that while the legal system may not offer resolution, time can offer some measure of it, and that it’s never too late to speak out. As one now 62-year-old former Scout told the Tribune this week, “Even if he never goes to trial, dies before the trial, or is deemed too ill to go to trial, I'm glad his name has been dragged through the mud. I'm hoping that the Boy Scouts, the Winnetka school district and anyone who swept this under the rug will be shamed by all this and finally come clean.”