Meghan Daum on Rolling Stone, personal essays, Internet culture: "We’re so driven by the idea that one person’s story can guide an entire narrative" 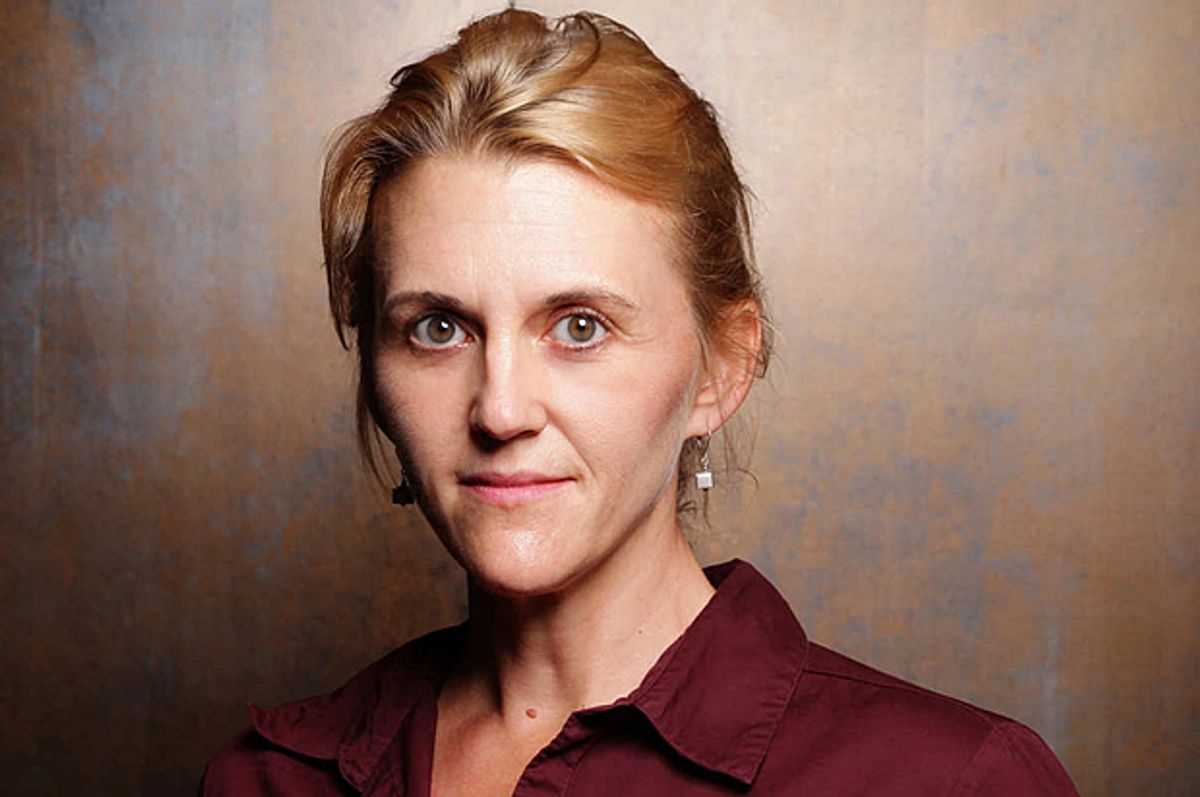 The first person is a tradition I relate to and that I use; historically it’s been the voice I work in. But the hair on the back of my neck stands up when I’m referred to as a “confessional” writer. To me, confessing means kind of just blurting out thoughts that are not fully formed, out of a compulsion or a visceral need to get them out. For me, writing essays is very much about processing ideas, and offering them up to the reader so that they are fully cooked. I don’t think of them as confessions. I think of it as converting experiences into ideas, and hopefully then into universal concepts that readers can apply to their own lives.

It hits me every time I am writing in it! Nothing is a dead end if you do it right. If anything is a dead end it’s the second person – using “you.” I think every college student has a moment where they discover the “you” and write a story or an essay – “This is great! Wow!” And you realize that’s not a good idea; everyone does it just once.

I’m really careful about using it. Obviously, I’ve just written a book that’s all in the first person, that’s very personal, and the way it’s being received it’s easy to describe it as very revealing. But I’m more interested in ideas and abstractions than stories – even my own stories. So I pretty quickly try to get on to other things.

Because of social media, we have a lot of personal essays floating around; you see them on Facebook, everyone’s either reading them or writing them. Some of them are great, some of them are diary entries put forth as essays. When you do that, the first person gets a bad reputation. That’s why I’m careful about it. I defend the “I” narrator even while I recoil against it.

I feel like it came out of self-help culture. I think it started in the ’80s. I don’t think the literature of [the hippie era] was quite as solipsistic. It might have been – I’m just thinking out loud here – a watered-down version of feminism. You have all these women’s magazines publishing female voices; in the very reasonable and necessary quest to publish women, some of it got dumbed down into fairly navel-gazing type stuff. I don’t think that’s because women are actually that way; more women read, so there’s more of that floating away. I think it may’ve come out of that late ’70s, early ’80s “find yourself” genre. People started writing about their divorces, their relationships. As there came to be platform for feeling conflicted about your life, that stuff started to come out.

“The personal is the political” is true, but it’s also a cliché. How personal are you allowed to be and still maintain that it’s political? If you write about waxing your eyebrows, is that political? Maybe; I don’t know. If you could construe it that way… that would be an interesting experiment. How granular and self-referential can you be and still be political? I don’t know.

I don’t know if it’s just my feed, but I feel like 70 percent of what people share on Facebook are personal essays. A lot of them are by women, writing about their experiences, and a lot of them are fantastic and smart, and rigorously thought through. But others, because of the pace of digital media, have the opportunity to rush and write something and then have something quote-unquote published. We’ve all done that; I’ve done that. I’m not casting aspersions on anybody. But that’s a real danger. Part of the process is having a process, and having an editor, and writing several drafts and having time pass before writing about this experience. The Internet has allowed a lot of first drafts to go out into the world. And when those are first-person, sometimes you get stuff that’s uncooked.

So there’s not enough actual reporting going on. People can write about themselves all they want, but we have to know about the world. When your Facebook feed is 75 percent personal essays about relationships breaking up…

Obviously it’s cheaper to have people writing about themselves than going out in the world to gather facts. I’m part of the problem, as an opinion columnist. Opinion is dominating, which is absolutely ridiculous – there wouldn’t be anything for people to have opinions about if there weren’t people out there gathering facts, on the ground. The default setting for reading and writing is, “How do I feel?”

Look what’s going on with this Rolling Stone situation [the story about the gang rape of a woman at the University of Virginia]. People are so shocked by it, but it was out for a week… It took about a week of shock for people to start looking into it… We’re so driven by the idea that one person’s story can guide an entire narrative. Sometimes it can. But in a big, reported piece like that, it can’t. It’s interesting to me that it took a week almost for people to move beyond this one person’s story.

These are such generalities – I hate to be the one billionth person to say that millennials are so entitled and see the world through their own personal experiences. First of all, we’re all like that. And some millennials are socially aware and activists, so I’m wary of stating the obvious…. But they didn’t grow up reading the newspaper. They grew up with their media curated and customized to their taste. If I was a teenager now, I wouldn’t read anything that wasn’t about exactly the things I was interested in. If digital media had been like it is now when I was a teenager, my newsfeed would be entirely limited to Sting and the Police… That would be my area of expertise. They have the luxury of all this information – but as we know, the tyranny of options is that we can’t choose anything and just go to the easiest place.

It’s interesting to me, when I read comments. I don’t read my own comments but I read comments on other articles. They’ve really replaced the man-on-the-street interviews in a lot of ways. If you watch local news, instead of man-on-the-street interviews they’ll say, “This person tweeted this,” or “This person’s Facebook comment said this!” But so many comments are like, “In my experience, blah, blah, blah!” They didn’t even read the piece – they’re just letting everyone know that they’ve also heard of this subject, or been to this location… it’s like a pile-on. Everyone has their hand out – “let me tell you about my experience.” That’s what constitutes having a participatory discussion. “I’ve just got to let you know, I’ve got something to do with it…”

All of us have moments where it works and where it doesn’t work. What I try to do is be vulnerable in a way that’s generous – I really feel like I’m speaking to the reader. Young writers often take a lot of fiction workshops, and the mantra there is, “Show, don’t tell.” But with this stuff, you’re telling – you’re absolutely telling. You’re choosing the tale to tell, it’s very much a presentation. It’s got to be fully cooked, you’re not just blathering it out. You are telling the reader – “let me tell you what happened.” It’s much more intimate that way; it ceases to be about you. It’s about something you’re offering, as the teller. That’s how I see it.

If you get too indulgent with your feelings… The reader needs to know that the writer is in charge; authority. So they have to be confident that you’re not going to say something that makes the reader cringe, or makes you feel sorry for the writer… It’s very much about control, deciding which details to reveal. It’s not visceral. If it just “poured out of me,” a lot of it should be cleared out. It should not just pour out.

Who gets it right? A lot of it goes back to Joan Didion. She managed to use the “I” in a way that felt very intimate in the moment, but ultimately was distanced; she kept herself at arm’s length. She used that “I” narrator as a tool, to talk about other things. And that’s really what I want to do. Talking about Joan Didion’s influence on young essayists, especially women, is like talking about Joni Mitchell’s influence on songwriters… It’s in your ear, the rhythm, the syntax, the sound gets internalized. I found myself often ripping off Joan Didion in my early writing life.

[Didion’s "I"] is a character – a persona. You have to be a little more dramatic than you really are, more lively than you really are… It’s a persona that you are shaping… I always say, by the end of the piece or the book or whatever it is, the reader should feel that they know everything about the narrator – but not necessarily anything about the author. It’s really two different things.

Meghan Daum is a Los Angeles Times columnist and the author of “The Unspeakable.” She appears Friday, December 5 with Emily Nussbaum at Housing Works Bookstore Café in New York and Thursday, December 11 with Sandra Tsing Loh at Live Talks Los Angeles.