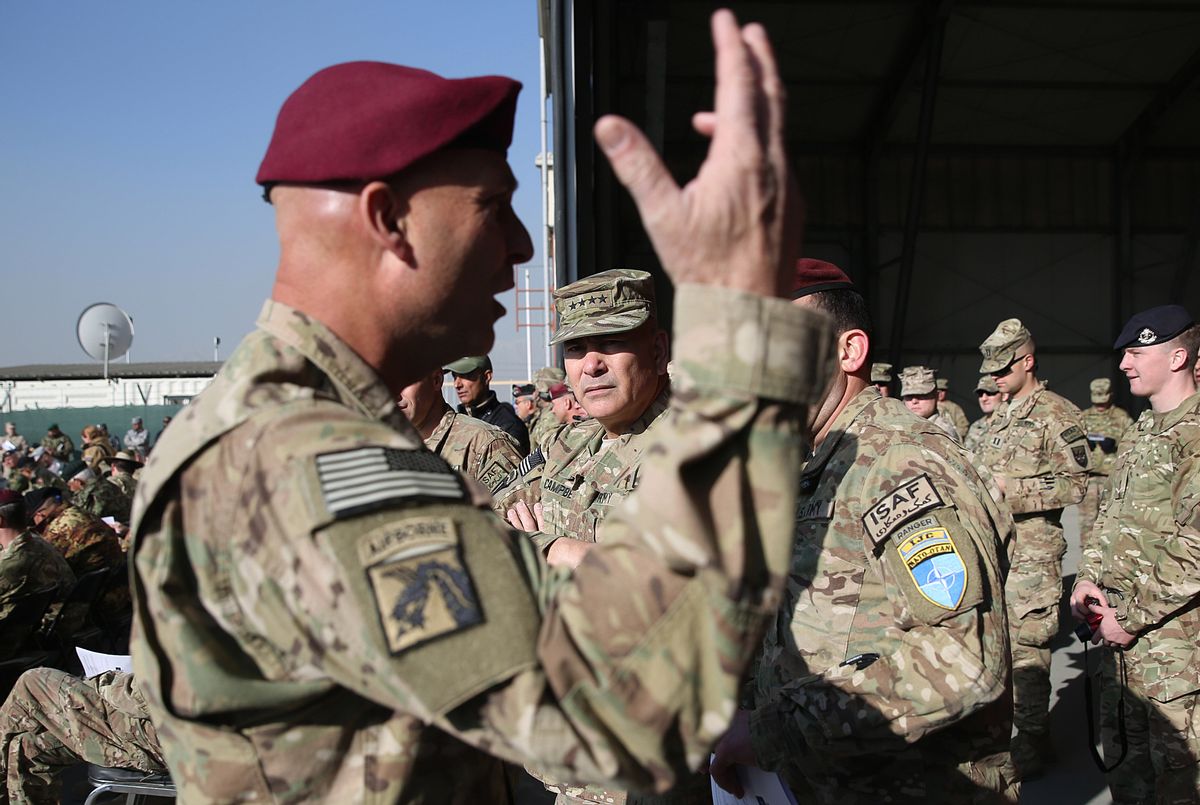 Ambassador Patrick Gaspard says the U.S. did not know about talks on the reported imminent release of aid worker Pierre Korkie, who died with American hostage Luke Somers in a U.S. raid on al-Qaida militants in Yemen.

Protests against police killings in Missouri and New York turn violent again in Northern California as some demonstrators hit officers with objects, assault each other and shut down a freeway.

3. WHAT SOME ARE URGING IN LIGHT OF GARNER DEATH

After a police officer wasn't indicted in a fatal chokehold caught on video, some critics are reviving calls for special prosecutors to investigate, rather than local district attorneys.

4. HOW PANAMANIANS COULD BE AFFECTED BY EXPORTED POLLUTION

AP's Dina Cappiello reports residents on islands off Panama's coast could be uprooted due to rising sea levels from carbon pollution linked to global warming.

Combat operations end 13 years after the Sept. 11 terror attacks that sparked the coalition's invasion to topple the Taliban-led government.

Hagupit is downgraded to a tropical storm, but not before leaving at least 21 people dead and forcing more than a million people into shelters.

Prince William will visit with Obama at the Oval Office while Kate tours a child development center in New York City.

Chlorine gas sickens several people at a Chicago hotel and sends 6-foot-tall rabbits, foxes and dragons from "Furfest" to the refuge of a dog show across the street.

Alabama, Oregon, Florida State and Ohio State all make the cut for the first-ever playoff, but third-ranked TCU is left behind.