Colbert vs. Obama: The battle of the century

Tonight President Obama will finally appear on "The Report." How will it go down? Let history be your guide 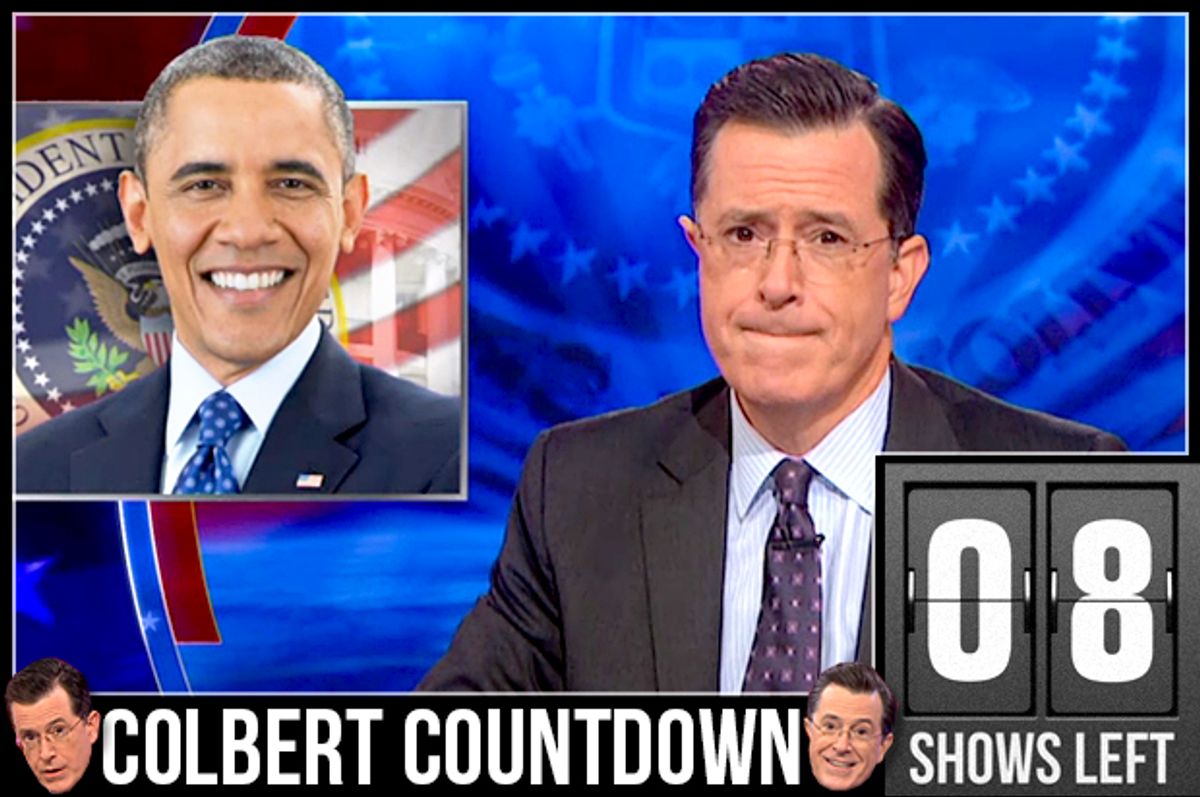 "The Colbert Report" is down to its final eight shows, and tonight's may be the most important. To say "farewell" to Washington, D.C., Stephen Colbert is taping from the nation's capital. And to sweeten the deal, he's finally landed an interview with Barack Obama.

Colbert's conservative-blowhard persona is no fan of the president. Much like the pundits he models himself after, he takes shots at Obama at every possible occasion. Below are 13 of the best examples of his long-standing — and hilariously ineffectual — animus toward the leader of the free world:

Even before he was elected, Colbert had some issues with Obama:

He had this to say when President Obama was elected in 2008:

He nails him on everything from large issues like the VA scandal:

To his smaller "blunders":

And we cannot forget him going after Obama's equal pay executive action:

Or how he nailed him for his vacation time:

But we think he might have a little interview envy...

In 2009 Stephen Colbert interviewed a cardboard cutout of President Obama:

Earlier this year he was not impressed with President Obama's "Between Two Ferns" interview: