GOP's Keystone fantasy-land: How their ignorance prevents jobs in America

Want to really create jobs in this country? Republicans should forget a 35-job pipeline, for something more radical 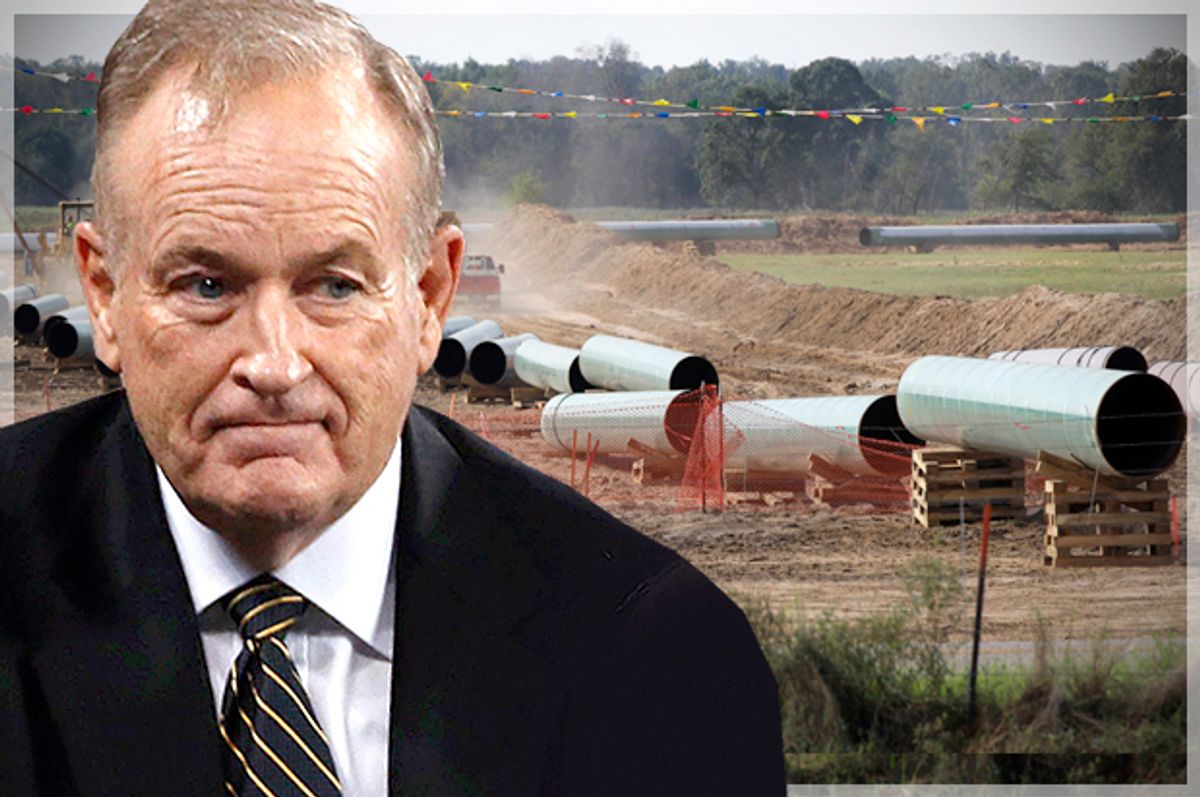 Notwithstanding the conventional wisdom TransCanada CEO Russ Girling recently peddled to ABC's Martha Raddatz, that approving the Keystone XL Pipeline would mean “42,000 ... ongoing, enduring jobs,” the State Department places the number of permanent full-time jobs the project would create at 35. The other 41,965, so to speak, would be manufacturing and construction jobs that would end after a year or two, necessitating new job creation.

At Reason.com, Scott Shackford taunts that liberals are trying to have it both ways by trumpeting the 35 figure, pointing out that this is an essential characteristic of all infrastructure projects, which constitute a substantial portion of President Obama's jobs legislation. It's true: The thing about installing capital goods is that the installation process concludes. Shackford's gotcha is hollow, though, unaccompanied as it is by a workable libertarian long-term full employment strategy.

If pipeline champions are so interested in an approach that can really bring meaningful, long-lasting improvement to American jobs, there are several initiatives awaiting their support. So let's be clear about what we need:

1. A large – temporary – infrastructure program. There's plenty of stuff worth building, like a national bullet train infrastructure, a smart grid with renewable energy sources, and fiber-optic telecommunications network – hell, solar roadways (which, did you know a Republican senator is into?). These projects might all be combined into one large-scale construction initiative, which once complete, could basically cede operation and maintenance of the infrastructure to robots. The temporary jobs would stimulate the currently measly U.S. economy, but the central appeal is the infrastructure we'd be getting out of it.

2. A permanent job guarantee. Conventionally, stimulus is done trickle down-style, by employing the skilled, educated, and relatively highly-paid and hoping the boost they provide to aggregate demand will result in employment for everyone. This approach tends not to reach the long term unemployed, the formerly incarcerated, those born into poverty, &c. The bottom-up version is to offer guaranteed employment not in manufacturing and construction, but the service, care, education, and community development sectors. Among the stated merits of such a program are a built-in check on inflation, and the pairing of national funding with a decentralized, local planning structure.

Though this idea has yet to be put into practice anywhere, its proponents, among the most prolific public economists, have pointed to Argentina's promising Jefes program as a model.

3. A basic income. One way to make sure everyone looking for a job can get one is to increase the number of jobs available for the getting, but policy can also approach full employment from the other direction: shrinking the number of people looking for jobs by providing them with non-job income, allowing them to work less. If everyone were able to live in modest comfort on a part-time job, we would effectively share the unemployment that robots will permanently and increasingly generate. For people concerned with human liberty and personal flourishing, the appeal here is clear: the less work, the more time to be pursue happiness. The economic case for a basic income is strong, small-scale basic income experiments have proven meritorious, and national initiatives have begun coming under consideration.

4. To stop basing our employment strategy on war, incarceration and fossil fuels. At present, the closest thing we have to a full employment strategy are the resource extraction, prison and military industrial complexes. When millions of people depend on the maintenance and growth of these sectors, for the means to subsist, the political hopes of scaling them back are slim, but in a moment choked by pollution, brimming over with prisoners, and devastated by bombs, a scale back is just what's needed. Declaring employment independence from these forces would enable a transition to a dramatically more peaceful, free, and sustainable world.

For the moment, the program on offer that most resembles this vision is Rep. John Conyers' (D-MI) Full Employment legislation and caucus. Times being what they are, it is simultaneously too bold to merit any discussion in Washington or the larger press and too timid to address the crisis we face.

Whatever the political prospects for the future of employment, though, one thing is clear: if it consists of building more Keystone XL pipelines, it will be a traumatic and possibly quite brief future, indeed.