"Homeland" is back on top: How the supporting cast saved the show

Without the tortured dance between Carrie and Brody, it's had a chance to flesh out the characters who orbit her 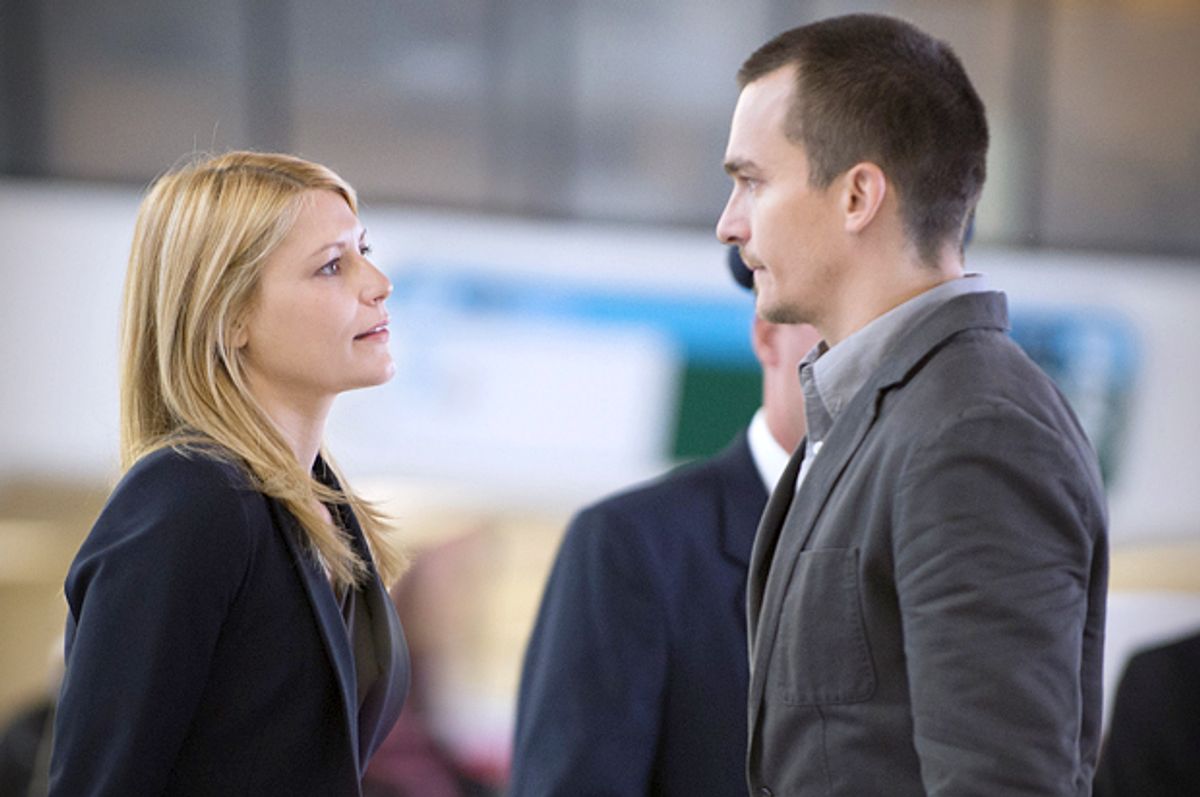 After a number of consecutively excellent episodes, we’re prepared to say it: Those of you gave up on “Homeland” last season should come back into the fold. (And if you need to axe something from your Sunday night viewing schedule, might we suggest “The Newsroom”? You are welcome). Now, with Brody long out of the picture, Carrie back on form and the plot chugging along like early-series “24” at its best, the show is truly back at the height of its powers.

Let's talk about last night’s episode, “13 Hours in Islamabad.” While we did get to see Carrie attempting to mow down a sniper with an assault rifle, the bulk of the tense, action-filled episode didn’t focus on our resident Drone Queen at all, but on the rest of the gang back at the U.S. embassy. And that's a good thing. This season’s Carrie-centric bits, like episode seven's psychotic breakdown, have been some of its most familiar and least interesting moments. Rather, this season of “Homeland” has shown how strong the show can be when it leans on its ensemble. Without relying solely on Carrie’s relationship with Brody to carry the show (plus a smattering of Saul), it has had chance to flesh out the other characters in her orbit. And by allowing other characters to develop, and positioning them in new relations to Carrie, the show is allowing Carrie to come into her own in turn.

Most significantly, this season we’re finally getting to see Quinn become the sort of heroic lead that we’ve always known he could be. While Carrie was cowering behind an SUV last night, Quinn was stalking Haqqani and his men around the embassy, waiting for the perfect moment to rain a hail of bullets down upon them. We know that Quinn is supposed to be the ultimate black-ops badass, but we haven’t seen that demonstrated in ages, certainly not since last season. After a few episodes of clench-jawed brooding at the motel, and then a few episodes hovering at the edge of the screen on his walkie-talkie, it is glorious and cathartic to see Quinn finally come into his own as an action hero. Now that he has disobeyed orders and gone off to find Haqqani alone, it also presents an interesting arc for Carrie: While she has pulled this agent-going-rogue routine a million times, this time, she’s finally the clear-headed voice of reason, agreeing with Lockhart that it’s time to go back to the U.S. Now we’re in a situation where Carrie has to reluctantly go after Quinn, instead of the other way round, and it's nice to see "Homeland" change the dynamic on us.

Lockhart, too, has become a compelling character this season, both on his own merit and in relation to Carrie. Previously portrayed as a soulless bureaucrat, this season has allowed us to see the human side of the brittle CIA director, particularly in last night’s episode, when he decided to hand over the CIA’s list of assets in an attempt to save Fara (a moment that paralleled the emotional stakes in Carrie’s exchange of Haqqani’s men for Saul). Lockhart’s proved to be the wrong decision, but it was a moral, humane decision all the same, and when Carrie comforts him by saying it would have been a tough call for her as well, we see how much of a leader and role model she really can be.

While Carrie has long been chastised for making these sorts of impulsive, emotion-driven decisions in the past, seeing other people put in similar situations reminds us how much skill she constantly displays while doing a very difficult job. This season has also repositioned Carrie and Saul’s relationship, with Carrie forced to be the strong one, the rescuer, as Saul becomes a weak, haggard shell of himself. Much like with Lockhart, she was tasked with comforting Saul last night as well, reassuring him that the plan on the embassy was Haqqani's plan all along. Having Carrie be the one to say this — she who episodes ago was beating herself up about the prisoner exchange, and who began the show obsessing over her inability to prevent 9/11 — drives home how much she has grown and learned, and allows her to be self-reflective without being self-combustive.

The beginning of the season had Carrie nearly drowning her kid in a bathtub, a classic moment of Carrie's emotional instability (suffice, to she’s terrible mother). But over the course of the season, we’ve seen her take on a more parental role with her colleagues instead. Indeed, ever since Carrie’s breakdown two episodes back, she's been a more mature, focused Carrie, one who is a rock to lean on instead of a loose cannon. By flipping the switch, and showing that Carrie can still do her job without the manic, chin-quivering instability that exhausted many fans and critics last season, the show is easing Carrie back into viewers' good graces. Which doesn’t mean she’s not allowed to unleash her trademark reservoirs of emotion. The scene where she shows remorse after Max berates her for her shoddy treatment of Fara (spoiler alert: RIP Fara!) is a poignant and well-deserved moment of character development.

And then of course, there’s Martha and Dennis. While this B-plot hasn't always been the most engaging -- although Dennis did give us last episode's great interrogation scene that again showed Carrie at the height of her abilities as an agent -- the scene in which a rock-bottom Dennis asks for Martha’s belt to hang himself and save her career was one of the most fraught, troubling scenes between a husband and wife that I’ve ever seen. The journey that Martha has faced over the past few episodes: her husband’s betrayal and the resulting murder of her colleagues, the collapse of her professional career, and now, making the impossible decision to enable her husband commit suicide — which he then backs out of! — is a stunning arc, and both actors do an amazing job at conveying the pain they are going through.

Even the most underdeveloped characters are showing potential. More Asar Khan, please! On the whole, this season has proven that a show that with a stronger supporting cast begets a stronger show -- and lets Carrie become a stronger leading woman.