"If Dad made more money, you wouldn't work, right?": How my daughter learned gender dynamics I didn't mean to teach her 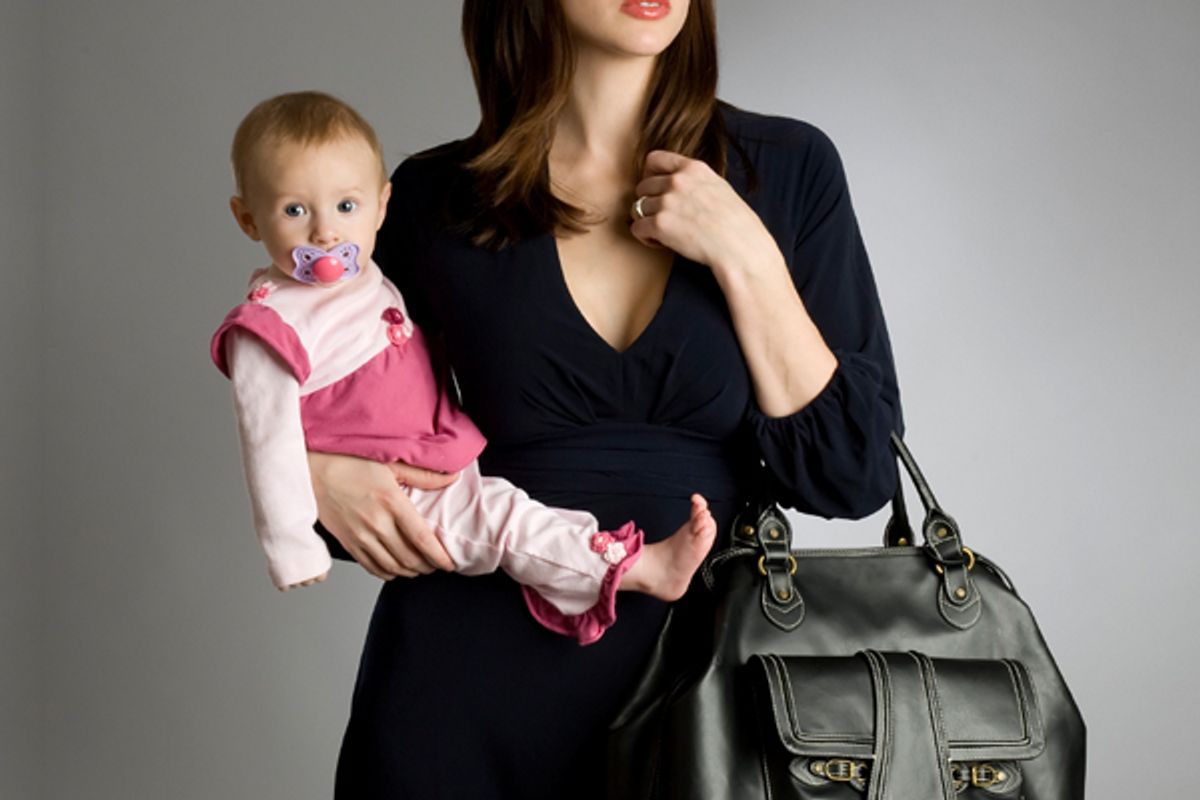 We were just about out the door when she asked me. My younger daughter and I were, as usual, running late and rushing to get to school on time. I'd already been up a long time, as usual, hunched over the computer and planning my work day while the daily circus of morning family activity had played out. And just as we were getting on our coats and she was slinging her backpack over her shoulder, just as I was hurriedly draining the last of my tea, she looked at me and said, "If Daddy made more money, you wouldn't work, right?" My child is 10 years old. A decade of her feminist mom subverting the dominant paradigm, and she asks me this.

My children have never known me as anything but a working mother. I am fortunate that I work from home, a situation that has given me the flexibility to pick them up from school and take them to doctor appointments and occasionally even volunteer for class activities. But the kids have a father whose job, while more traditional, also gives him plenty of time with them. A dad who cuts the crusts off their sandwiches and wipes their noses with the same degree of aplomb their mother does. They have a grandmother who retired as the second in command at her company. They've never heard either parent express a desire for a different working situation. Yet here was my kid, expressing it.

As we stood together near the door, I wondered what the source of my daughter's question could be. Was it because she watches those syndicated episodes of "Modern Family," a show that for years rode on the unquestioning premise that the moms don't work? Was it an envious response to all the helpful mothers who do so much for her school, monitoring at recess and guiding after-school activities? I couldn't figure it out, and I didn't have time to delve into it. So I just told her the truth. "No, honey," I'd said. "I like my work. My work is important to me. I want to work." She looked at me, puzzled, and asked, "Why?" "I always want to make you proud of me," I told her that morning. "And this is how I do it."

Sure, some days, I get a particularly vivid email from a troll and indulge in a brief Powerball fantasy. And absolutely, I work so my children can eat and have a roof over their heads and enjoy exciting privileges like health insurance, things that would disappear without my income. I also work because I've been doing it since my first baby-sitting gig at 13 and, with the exception of a few terrifying periods of unemployment, I've worked ever since. Work defines me like motherhood defines me and I'm not ashamed of or apologetic about that.

I don't care how any individual family finesses its way through the very challenging demands of jobs, time, money and kids. If you and yours have a system that provides maximum satisfaction for every member of your family unit, my hat is unreservedly off. What unnerves me is realizing that somehow, my own daughter has picked up on the idea that for a mother to not work is the optimum situation, the one that, if money were no object, of course one would choose. And what I resent is the prevailing public narrative that there are exactly three kinds of working mothers. The first is the blindly ambitious, selfish witch mother who leaves behind her babies. She is a very, very popular target on your friends' Facebook feeds. Then there's the poor, financially strapped mom who of course would rather be home with the kids but in this economy, what can you do? And finally, there's the rich dabbler – the woman whose spouse makes the real money but who's spent the past two years working on her blog or getting her handbag designs off the ground or vaguely mentions "consulting." She doesn't have or need or, it would seem, even really want a job, but she's content to act like her hobbies are a career – as long as they don't overshadow her husband or children.

My friend Celeste, a journalist and singer, says, "We're supposed to think that kids are the most important things in our lives. But kids are the best and worst thing that can happen to a person. And I'm someone's kid, too, someone who wanted my life to be significant and fulfilling on any level I wanted. Not just to reproduce, as important as that is, but to fulfill my potential. If I want to stay home, fine. But if I get satisfaction from doing important work outside the home, then my family can be proud that they prepared me for that. Just as I'm preparing my kid to be independent, my mother did the same for me." She adds, "Not working was never an option." And my educator friend Fiona says, "I love what I do, however misunderstood it is and knowing that being 'just an art teacher' means so little to the rest of the world. I am thankful that I have this choice because there are others who just ... don't. I want my boys to be aware of that issue and have a perspective on the world so that when they are older maybe they will advocate for more opportunities for all women who have to/want to work and have a family. Or feel comfortable staying home as dads. And to be a part of the future which may be different."

I stopped writing for women's magazines the day an editor changed a quote from a woman in a story from "I love my job and I love my kids" to "I like my job but I love my kids." I could rail endlessly on the false equivalency of calling motherhood the "toughest job in the world," as if parenting needs to be measured by the standards we apply to career, as if nothing any woman could ever do or aspire to matters if she hasn't had children. And I want to pull my hair out every time a high-profile woman with kids makes a vague apology for her success by explaining that of course her family comes first.

Let me tell you what it's like for many, many of us. No duh our family comes first. You ask the majority of mothers – and fathers – what comes first, and that's what they'll say. The difference is that fathers who happen to have jobs rarely get asked that question. You bet we work to support ourselves and our families; that's the economic reality for a great many of us. And here's the kicker – a whole bunch of us also happen to take satisfaction from earning money and doing our jobs. It's not about leaning in or having it all, because, really, who the hell has it all? It's just about trying to build a world in which it's acceptable for a woman to say, simply, "I love my job and I love my kids" and not have that be radical. Yes, it requires a lot of juggling and a great deal of getting comfortable with imperfection on a number of fronts. But it's worth it. And while right now, I have to accept that my daughter doesn't entirely understand that, I hope that maybe someday she will.