In defense of Nancy Pelosi : Why she's still the right person to lead House Democrats 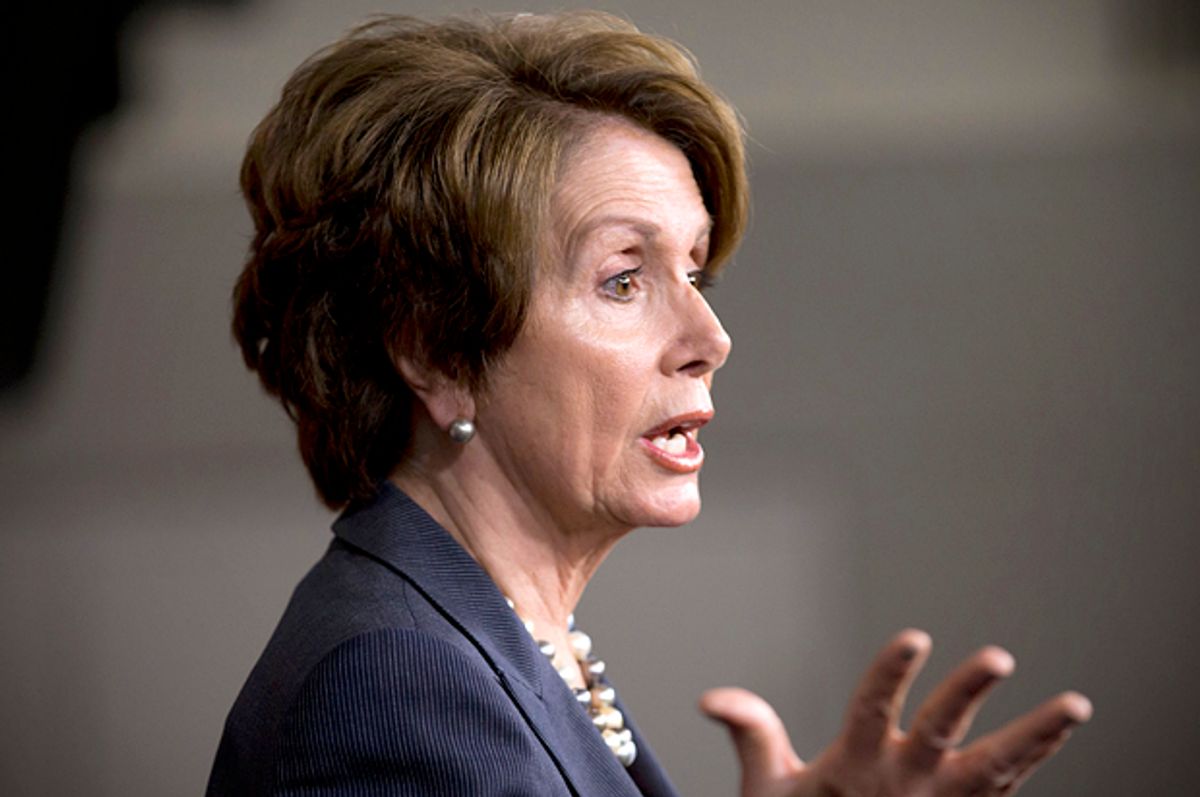 After the latest election in which the House Democrats didn't just fail to retake control of the chamber, but lost even more seats, a reporter asked Democratic Minority Leader Nancy Pelosi if she had considered stepping down from her leadership role. She's heard this question before, and her response was unkind.

In response, Pelosi expressed frustration over the number of times she has faced the question, noting that her male counterparts have yet to be asked whether they should also step down.

"What I said to the most recent person who asked is, 'What was the day that any of you said to Mitch McConnell when they lost the Senate three times in a row … Aren't you getting a little old, Mitch? Shouldn't you step aside?'" Pelosi said. "Have any of you ever asked him that question?"

Perhaps reporters have asked this question more times of Pelosi than they have of McConnell, in his several election cycles as Senate Republican leader when Republicans failed to take the majority. But it would have been a perfectly valid question for McConnell, and it's a perfectly valid question for Pelosi now. Her answer was a dodge. If your party has been in the minority for three Congresses, and it's got no real plan to retake the majority aside from waiting for the next redistricting in 2020, then a shakeup in the leadership is something for the party, and the leader, to consider. This is true whether the leader is male or female, 44 or 74 years old.

That said: Nancy Pelosi should remain the Democratic leader in the House, because she's excellent at her job, whether it's as speaker or minority leader.

As speaker, there was no piece of legislation that she was unable to muscle through her conference. Everything President Obama wanted in the 2009-2010 Congress, Pelosi was able to move through the House -- even if many of the items would go on to meet the buzz saw of the Senate filibuster.

As minority leader, she understands that her chances to effect policy are few and far between -- and so, when they come, you need to be ready to strike.

If the Republicans were in any way a competent majority, they'd be able to shut down Pelosi entirely. They can bring bills straight to the floor and pass them with a simple majority vote. But because a few dozen of them are abject morons, they refuse to lend Boehner their support on certain high-profile pieces of legislation, and Boehner has to come to Pelosi pleading for some help. This is when she gets her opportunities.

We're watching one of these moments play out right now. Boehner is trying to move a government funding package and is getting predictable resistance from his right flank. Some House Democrats -- including Pelosi's deputy and would-be heir, Steny Hoyer -- have been so stupid as to make public comments about how they might support the package. As Politico reports, though, Nancy Pelosi is reminding them about the importance of preserving their leverage:

In a closed Democratic whip meeting Thursday morning, the House minority leader warned Democrats not to rush to support the Republican efforts to fund the government until they see what’s in the bill.

“If we stay together, we have leverage,” Pelosi said in the small session. She also told her colleagues that if the GOP goes “further to the right” to garner Republican support, Democrats will drop off.

“If you think it’s a good idea to tell them, ‘Oh, I’ll be with you no matter what,’ then you destroy our leverage,” Pelosi said, according to sources in the room. “And if they have the votes, then it’s a nonsituation. If they have 218, if it isn’t too brutal, the president will have to make a decision. But we don’t have to vote against our interest if they have the 218. We’re willing to compromise if they want to do that to one of us.”

There are going to be some icky riders in the appropriations package that the Republicans are finalizing. Pelosi, according to Politico, is "particularly concerned about changes to the Occupational Safety and Health Administration, the National Labor Relations Board and D.C.’s marijuana law." If Boehner doesn't have the Republicans votes and needs Democratic support, the right move for Democrats is to withhold all support until they get the changes they want. Duh! And yet.

Pelosi is made of strong stuff. The most underappreciated story about her leadership, and her unwillingness to bend, is from the TARP debate in late 2008. Republicans were resisting the $700 billion bailout, and so Treasury Secretary Hank Paulson came to Pelosi and literally got on his knees to beg her to pass the package with Democratic votes only. That's a serious amount of pressure! The economy's imploding and here's the Treasury secretary pleading for you to just ignore the politics and save the country. She resisted, though, and eventually enough Republicans came around to pass the bailout on a bipartisan basis. Can you imagine the damage that would have been done to the Democratic Party if Pelosi had buckled, acceded and gotten her caucus to pass the bank bailout with all Democratic votes? Jesus Christ!

Nancy Pelosi isn't entitled to her leadership position, and it's shallow for her to dismiss questions about stepping down as unfair. No dodge is necessary. She's still the right person for the job.