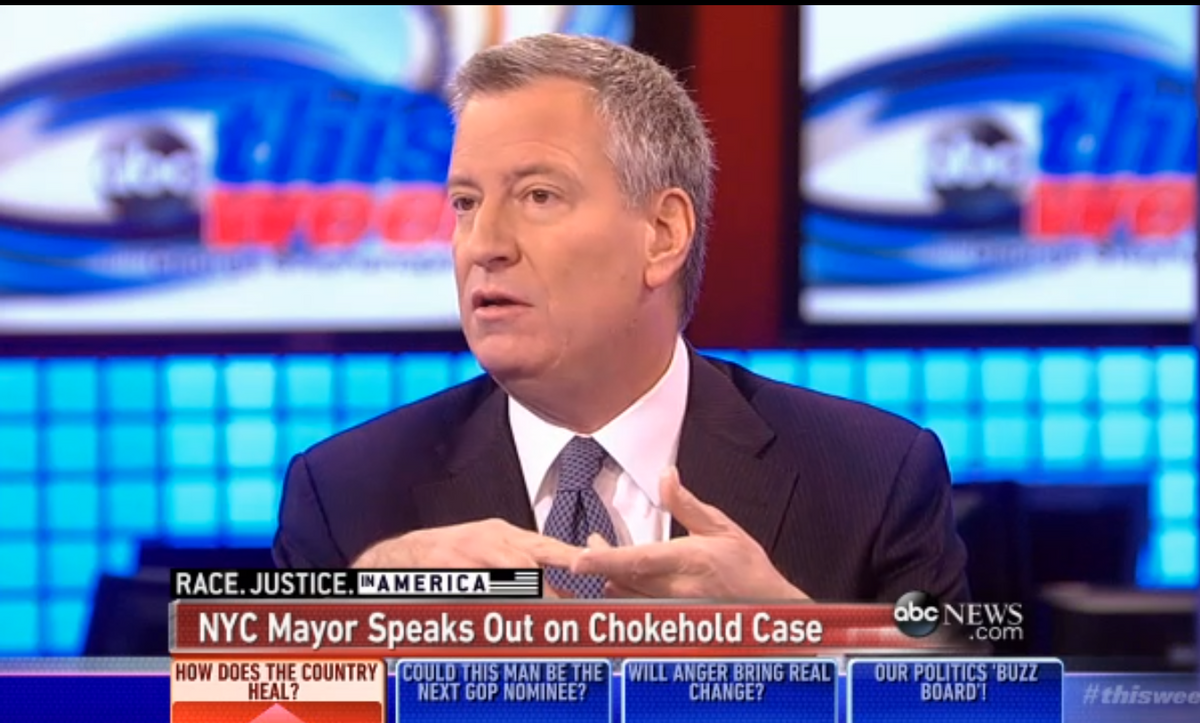 "I think he fundamentally misunderstands the reality," de Blasio said. "We're trying to bring the police and community together. There is a problem here, there is a rift here that has to be overcome."

Both the mayor and the former mayor have come under fire for recent remarks, by the cops and the protesters, respectively. At a press conference last week, de Blasio expressed his fears that his biracial son could be racially profiled and subject to unwarranted police violence, while Giuliani has taken to cable news to put the onus of improving police-minority relations on minority communities.

"It's different for a white child," de Blasio explained on "This Week." "That's just the reality in this country. And with Dante, very early on with my son, we said, 'Look, if a police officer stops you, do everything he tells you to do, don't move suddenly, don't reach for your cellphone,' because we knew, sadly, there's a greater chance it might be misinterpreted if it was a young man of color."

"We all want to look up to figures of authority, and everyone knows the police protect us," he continued. "But there's that fear that there could be that one moment of misunderstanding with a young man of color and that young man may never come back."