Watch the "Morning Joe" team learn what being a "furry" means

Host Mika Brzezinski giggled her way through a news report only to scurry off camera. Very professional 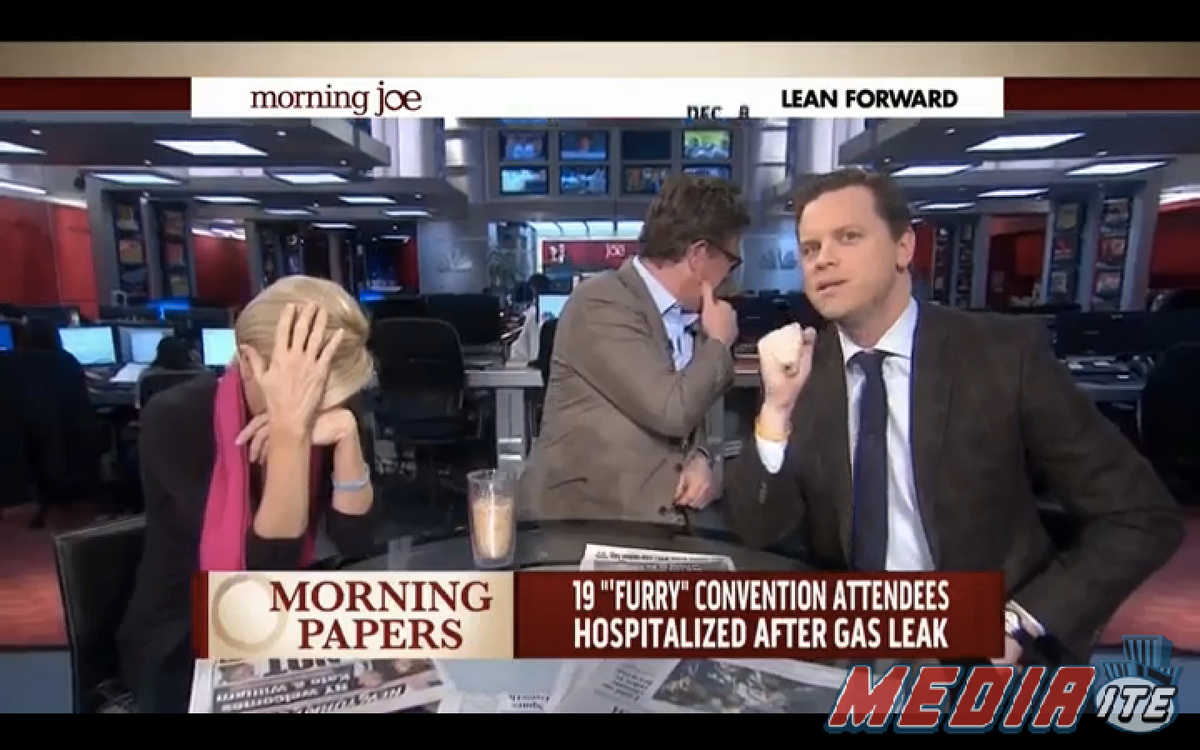 Over the weekend, a gas leak forced thousands of guests to evacuate a Chicago hotel where many were attending the Midwest FurFest, an annual convention for furries. Many of the enthusiasts were dressed in cartoonish costumes as they exited the building, to celebrate anthropomorphic animal figures.

On Monday, the hosts of "Morning Joe" attempted to report on the furry convention gas leak, which is believed to have been intentional and is currently being investigated as a criminal matter. It would appear, though, that the hosts were not made aware that footage from the event would be shown during the report, nor did co-host Mika Brzezinski seem to be familiar with the term "furry" at all. So, she giggled her way through the report, before spontaneously leaving her seat and walking off the soundstage.

Watch the clip, via MSNBC, below: