A business school gets a lesson in sexism

How not to teach MBA students: With a "satire" about a shoe-obsessed airhead 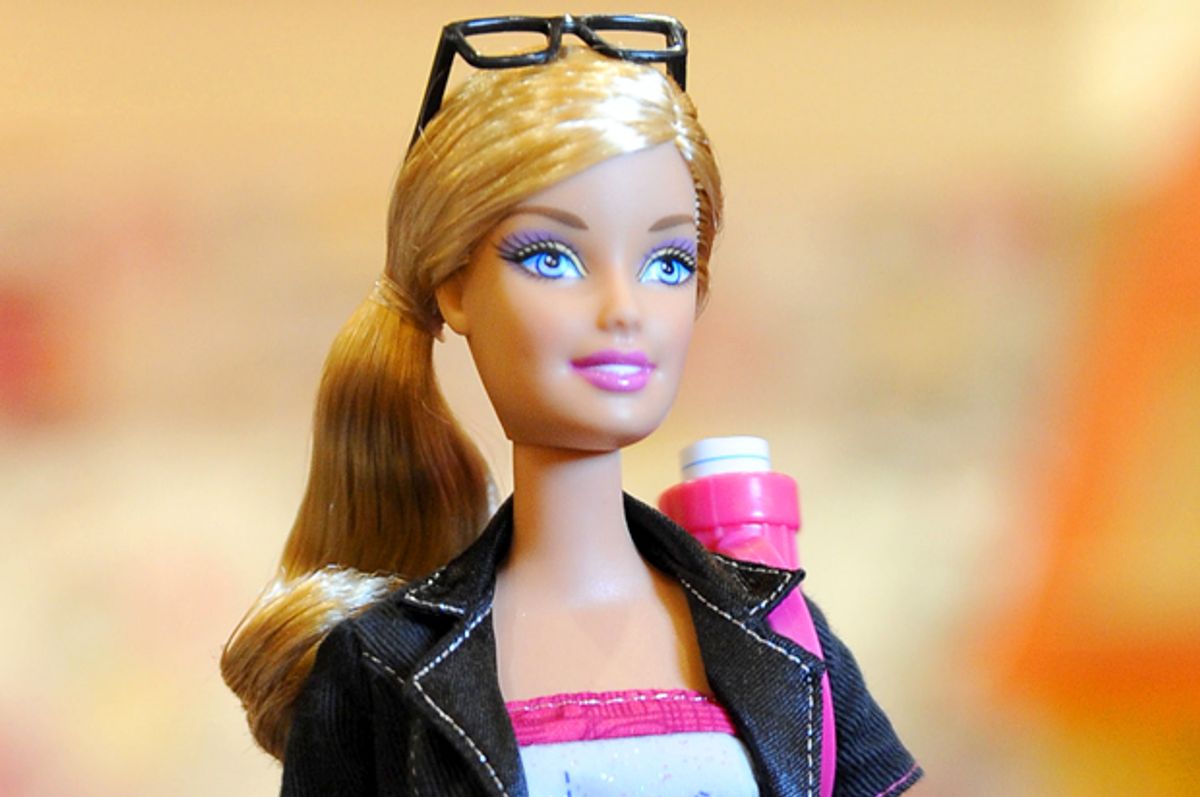 Oh that? It's just the sound of womankind banging its head against its desk, because some women actually do work at desks, again. This time it's over the University of Toronto's Rotman School of Management recent apology for creating an assignment for its first year MBA students -- featuring a "confused," shoe-obsessed female character.

As The Star first reported, the assignment, for a class on capital markets, drew concern from some students when it was handed out last week. It features the fictional character "Elle Forest," who, "just after her upcoming graduation, would be getting married in the Hamptons and moving to New York to a gorgeous apartment on the Upper East Side." Though she "really didn’t want any of those investment banking or consulting jobs" because she's "already dreaming of more little turquoise boxes on her bookshelf, where she already had quite a nice collection," she asks her Yale-educated, aspiring attorney fiancé Chip to help her understand a prospective employer's compensation package, but spaces out because "I was dreaming of that pair of Louboutins." Chip, by the way, points out to her that her decision on the offer may be influenced by his own possible career move to Australia. The tale ends with Elle "dreaming of those little blue boxes and beautiful shoes," because everything is garbage and women are still treated like they can't get their fuzzy little heads around any concept that doesn't involve shopping or boys.

This horribly retro, poorly written bit of claptrap might have gone unchallenged as just another piece of schoolwork had a student not sent the assignment to The Star. After the paper contacted the instructor, Professor Kent Womack, he reportedly apologized to the class, explaining it had been written by a teaching assistant, but he also warned the class to "think carefully before speaking to the media." The school’s media manager, Ken McGuffin, meanwhile told reporters that the assignment had simply been "an ill-advised satire of a pop-culture character." But this week, Dean Tiff Macklem called the assignment "inappropriate" and said, "We deeply regret issuing the assignment and are committed to an inclusive culture at the Rotman School where all students can reach their full potential." The school also proudly notes it has a Rotman Initiative for Women in Business and the student-run Women in Management Association.

And this, you see, is what your institutionalized sexism looks like. This is the problem. It's not just thinking that doing anything for women is something to be applauded, it's behaving in a manner that suggests that not being sexist is practically heroic. And in the meantime, it's still slipping easily into old, sexist tropes. It's like when last month, Mattel pulled a Barbie "I Can Be a Computer Engineer" after criticism of the puppy-loving, "I'm only creating design ideas" character's need for her male friends to help her fix her problems. Yeaaaaah, thanks for withdrawing your spectacularly wrongheaded material and saying sorry, but you'd know what'd be better? Not having sexism as the default in the first place. Because honest to God, the rest of us are sick and tired up to here with having to point this stuff out. It's exhausting.

The Rotman assignment may have been the work of an inexperienced individual awkwardly trying to make learning about compensation relatable and fun. But the fact that this was the choice – and that the professor in charge didn't stop to say, "This is not okay" -- indicates the widespread utter blindness to these issues that's so frustrating for so many women, whatever their feelings on shoes are. Because it's fine to be a woman who likes boxes and high heels. What's not fine is the singular, ceaselessly repeated narrative in which women only care about business or science or computing if it involves cupcakes or puppies or apparel or clothes. We get it from the time we're handed our first Lego Friends kit, so excuse us if we're over it by grad school. But if there's an upside to this incident, it's that maybe the whole class just got a different kind of less about women and business – one that the students will remember for a long time.