President Obama sat behind Colbert's desk to issue "The Decree" 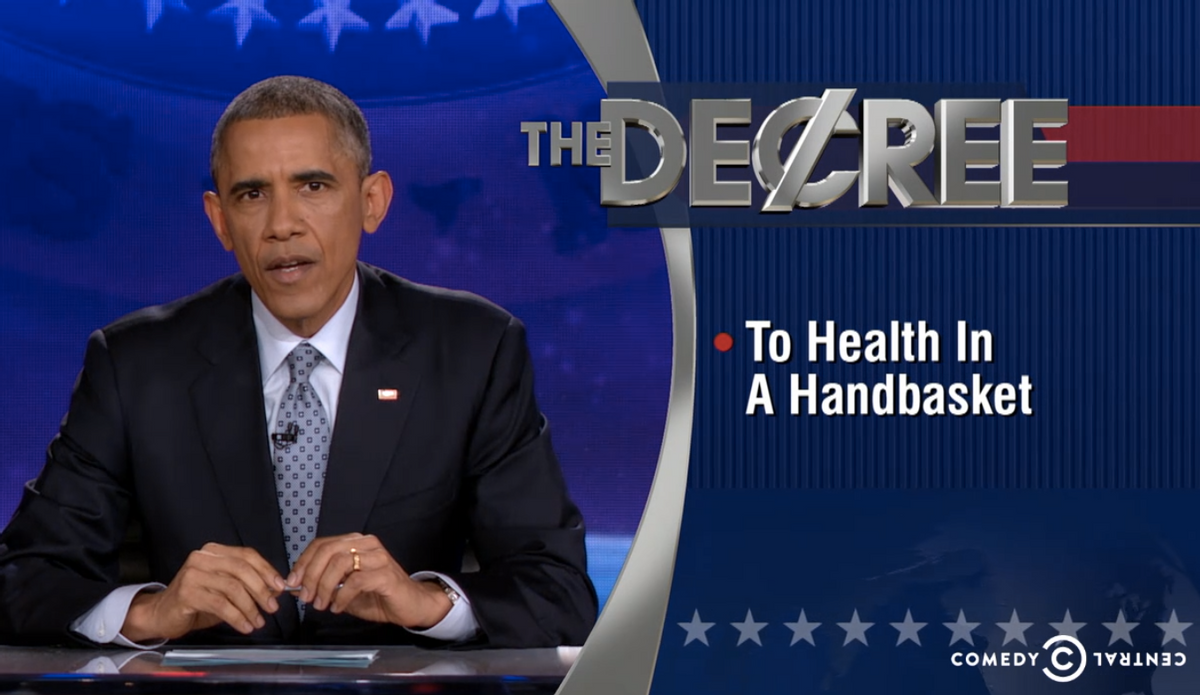 On Monday night, President Barack Obama appeared on "The Colbert Report's" farewell to Washington special. Not only did President Obama sit down for an extended interview with Stephen Colbert, but he also took a shot at Colbert's job. Watch President Obama in "The Decree":

Stephen Colbert and President Obama then sat down to discuss everything from healthcare, the positive jobs report, climate change to whether he'll veto the Keystone Pipeline. (Colbert also offered some unsolicited advice on Keystone and immigration.)

In the second half of the interview, Colbert asks about executive power and if Obama is the "greatest" president? Hear the response below: