Five Cosby accusers sit down with CNN, all say they were drugged

Don Lemon asked the accusers if they would accept money from the comedian. All said no 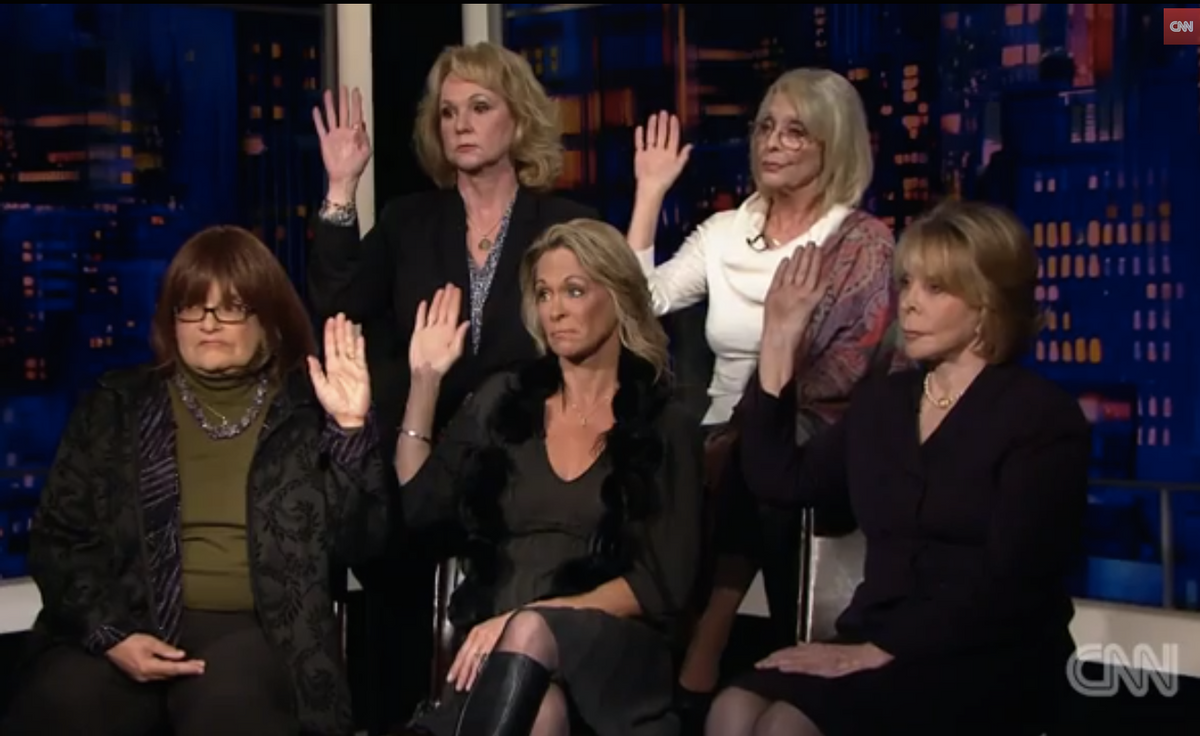 For a special set to air on Tuesday, CNN's Don Lemon and Alisyn Camerota sat down with five of the women who have accused Bill Cosby of sexual assault to discuss what exactly they would like to see happen as a result of the allegations. Despite the way Lemon's last interview with Cosby accuser Joan Tarshis turned out, the CNN host and his colleague managed to gain some insight into how several of the nearly two dozen accusers feel decades after their alleged assaults.

As has already become clear from the accounts these women have offered, so many of their stories share chillingly similarities. At one point, Camerota asked the women if Cosby drugged them; all five raise their hands.

"That seems to have been, from the women we've spoken to, his M.O. -- he would drug women," Camerota said. "Who of you remembers being drugged?"

"Well, I remember both times," Tarshis, one of three women to raise her hand, responded. "I remember having one Bloody Mary topped with beer... and I woke up, I don't know how long later, with him taking off my clothes. You don't pass out from one small drink."

Camerota later asked the women to raise their hands if they ever sought money from Cosby; none of them did. When she asked if they would ever take money from him, they remained silent.

"To me, it would be a form of contempt from him," accuser Kristina Ruehli said.

Watch previews from the special, which airs on CNN at 9pm, below: