Fox News' sick reaction to torture report: It's a distraction from Obamacare!

The network doesn't want to talk about the report's mortifying revelations 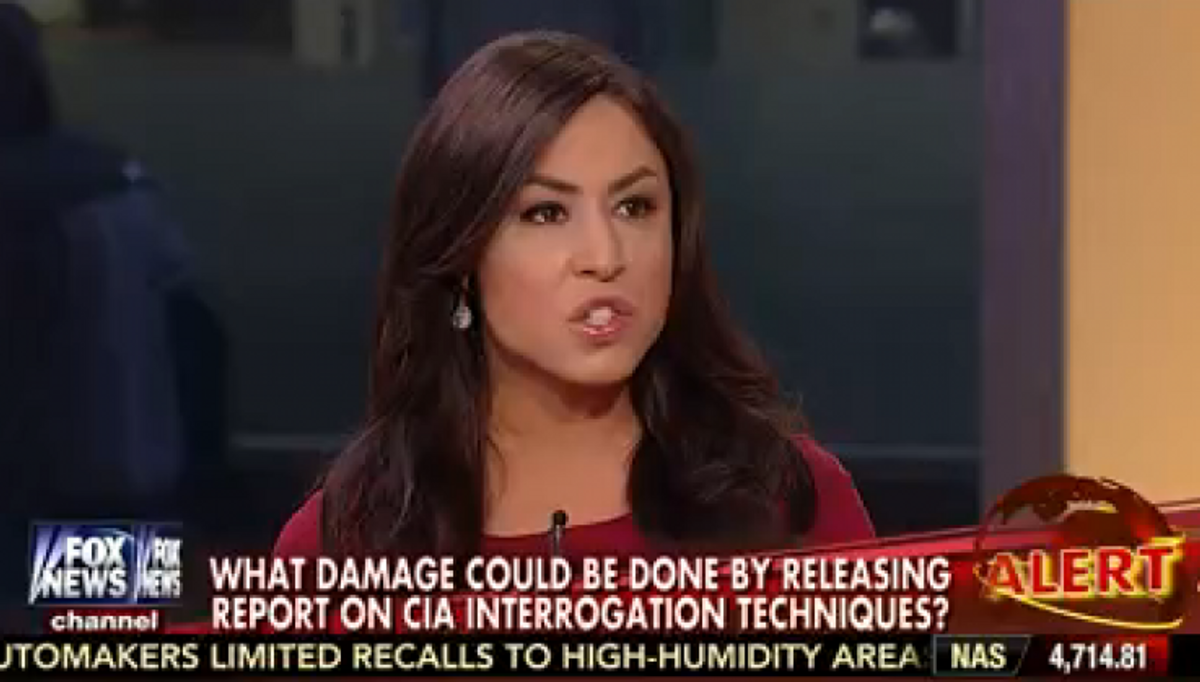 How are they taking the report over at Fox News, long an apologist for the Bush-Cheney administration's war on terror policies? To say they came unhinged would, of course, falsely suggest that they were hinged to begin with. But you get the idea. Over at Roger Ailes' network, they've decided that the report's release is a grand scheme to distract the American public from Obamacare.

"I don't want to know about it," Fox's Jesse Watters said on Outnumbered today, reacting like any good citizen of an authoritarian regime. "I think people do nasty things in the dark, especially after a terrorist attack."

Watters added that he found it curious that the report's release came on the same day that health care expert Jonathan Gruber, whose consulted the lawmakers who developed Mitt Romney's health care plan in Massachusetts and Obamacare four years later, was testifying before Congress. Gruber has come under scrutiny for clumsy remarks insulting the intelligence of voters and once suggesting that Obamacare insurance subsidies were only available to those who received insurance on state-based exchanges, which is the key question in a hot-button case the Supreme Court will likely decide in June.

"I find it ironic that they’re dropping this report on the same day that Gruber’s testifying, to knock that out of the front pages," Watters said.

"We’re the United States of America. We’re better than this. We don’t have to torture people. And we’re also strong enough to have this level of discourse and transparency," she said.

But Andrea Tantaros seconded Watters' sentiments and defended the Bush administration's conduct, even as she argued that it was wise for the U.S. to ultimately abandon the use of torture.

"Sunlight at the CIA? I’m sorry, that’s one place I don’t need sunlight. I don’t think they need to give me a lot of transparency at the CIA," Tantaros said. "Look, thousands of Americans were killed after 9/11. The Bush administration did what the American public wanted, and that was do whatever it takes to keep us safe. These terror tactics have been stopped because as a country, we decided we are better than this. Which is my point. Then why are we putting out this memo?"

Answering her own question, Tantaros asserted that the report's release was "about politics."

"It’s about Democrats being so fundamentally lost as a party, Harris, they have to return to an old playbook," she said. "The plays that they ran right when Obama got into office trying to prosecute CIA officials for these terror tactics — and that same playbook that they feel got them the House of Representatives back, even under Tom DeLay’s electoral map."

"They have nothing else to talk about," Tantaros added. "And they don’t want to talk about Gruber or health care or the IRS or anything else."

Watch the insane segment below, via Media Matters: