Time and again, Stephen Colbert used his incisive brand of humor to tackle the worst excesses of the War on Terror 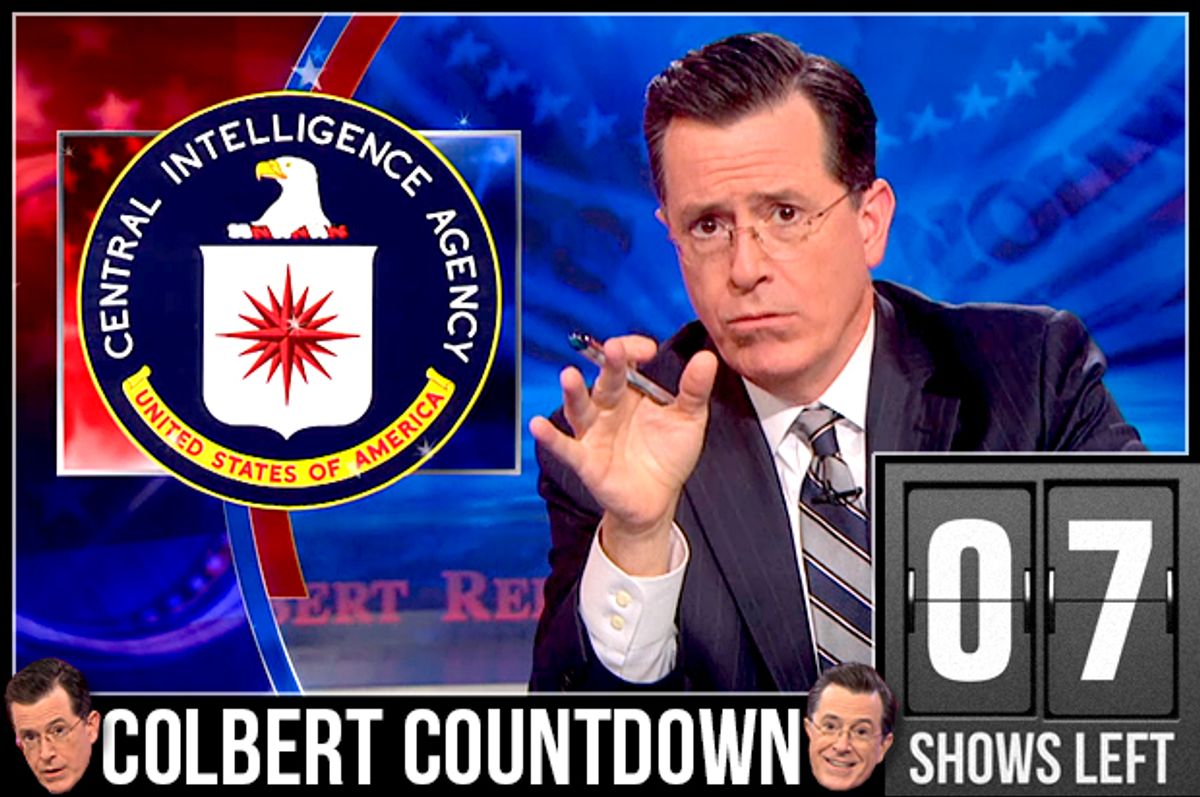 Earlier today, the Senate Intelligence Committee released its long-awaited torture report, which over the course of 524 pages summarized some of the worst abuses of the Central Intelligence Agency in its prosecution of the War on Terror. (Details of the report can be read here.)

From a comedic perspective, these types of revelations present a dilemma: How do you make something funny when the truth of the matter is this awful? One answer comes by way of Stephen Colbert, who since the debut of his show nearly a decade ago has brilliantly satirized America's love affair with torture.

Below is a selection of Colbert's best work on the subject:

4) On the CIA Torture Report:

6) The CIA keeping information from Congress: