This is Leo at 40: How Leonardo DiCaprio became a Judd Apatow character

We can't let go of the DiCaprio of our youth, but thankfully, neither can he 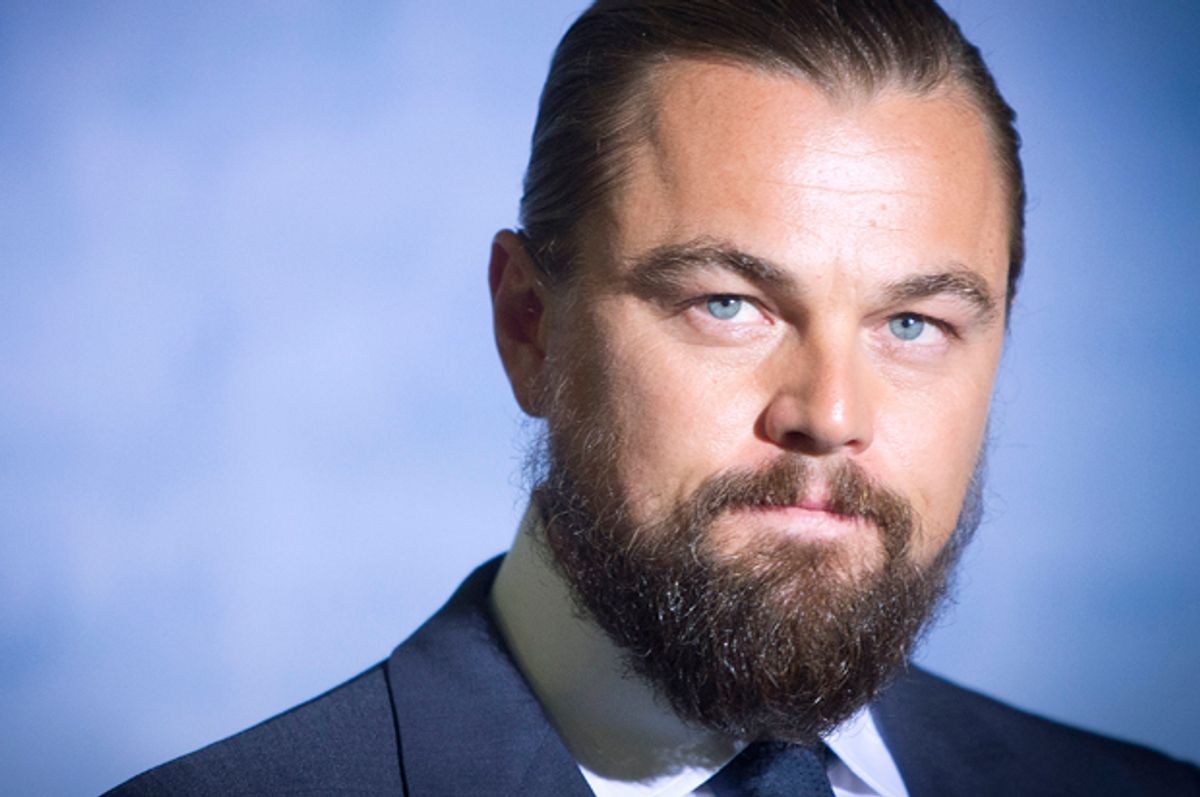 Leonardo DiCaprio turned 40 last month, but he performed for the world last weekend that he’s still ready for any action when, like a stunt out of “This Is 40: Celebrity Edition,” he reportedly emptied the VIP section of a Miami club of women, taking 20 female guests home with him during an Art Basel party weekend. The tabloid snitch — his publicist’s assistant, perhaps? — recounted the glorious scene for the Daily News, declaring, “he is my hero.”

If DiCaprio is a hero for his stunt, he is a hero not made for the old glamour days of the Rat Pack but for the sensitive/raunchy Judd Apatow-produced here-and-now. He has the yen for bromance and puppyish need for attention that characterize many of Apatow’s heroes, including Pete of "Knocked Up” and "This Is 40" (we can’t forget how DiCaprio once captained that unofficial gaggle of B-list celebs known as the Pussy Posse), and he mixes it with the admirable grit of Pete’s wife, Debbie, who hits the clubs with a younger crowd when she’s feeling a little old and neglected. Like Tom in “The Five-Year Engagement,” he might have to undergo some serious personal transformation before he’s able to build a stable relationship, but we believe he'll get there. And the Twenty Girls Plan sounds like it could have been orchestrated by “Forgetting Sarah Marshall’s" Aldous Snow, the raunchy overtones softened by its absurdity and wit.

The story of the talented rich guy who plays the field because he can isn't particularly unique. Never settle, Leo! But we can’t get enough of this 40-year-old version of DiCaprio, who parades almost two dozen women out of a South Beach nightclub like those guys in the Christmas car commercials presenting the Lexus in the driveway, all wrapped up in a big, red bow, ready to be envied by the neighbors. There’s an undeniable sense of showmanship at work here that helps his fellow aging Gen X-ers, especially those of us who are now married or sharing custody or saving up for kids, live vicariously through his unabashed singleton glamour. As long as he still has it, there remains the faint possibility that we might stumble upon it, too.

On-screen, DiCaprio has grown into a fine actor with legitimate star power who can switch between glam and camp roles with ease. Gone is the baby-faced “Titanic” and “Romeo + Juliet” star of his — our — youth. Off-screen, Leo is now flirting with becoming the slightly poorer man’s George Clooney, a serial dater of fabulous supermodels who, now that he’s reached the age of Hollywood maturity, are all candidates for the breathless celebrity wedding/baby watch brigade. And as former members of the Posse like Tobey Maguire have moved on, like Mousketeers graduating to the Top 40 charts, DiCaprio’s replaced them with lukewarm 2014 versions, like that one Jonas Brother who’s not having sex on camera. The “I get older, my bros stay the same age” strategy is no doubt a risky one, so occasionally he has to pull oversize stunts like Twenty Girls to remind everyone who’s still in charge.

But in a year that’s seen the lid peeled back on the scarier side of celebrity sex scandals (Bill Cosby, Jian Ghomeshi), Twenty Girls is such a delightfully campy performance of hyper-masculinity — where’s he going to put them all? — that it seems almost innocent, like a scene from a 1960s beach party movie. It’s just as easy to imagine they all played a pickup game of soccer at some pal’s Miami mansion and then ordered pizza as they took turns braiding his man-bun as it is to conjure up a truly decadent orgy. If Leo's playing on Clooney's timeline, we have 13 more years of flashy stunts to look forward to before the leaked wedding photos, the honeymoon beach body watch and the baby bump rumors arrive. Until then, we have Twenty Girls, and for one day, at least, so did he.