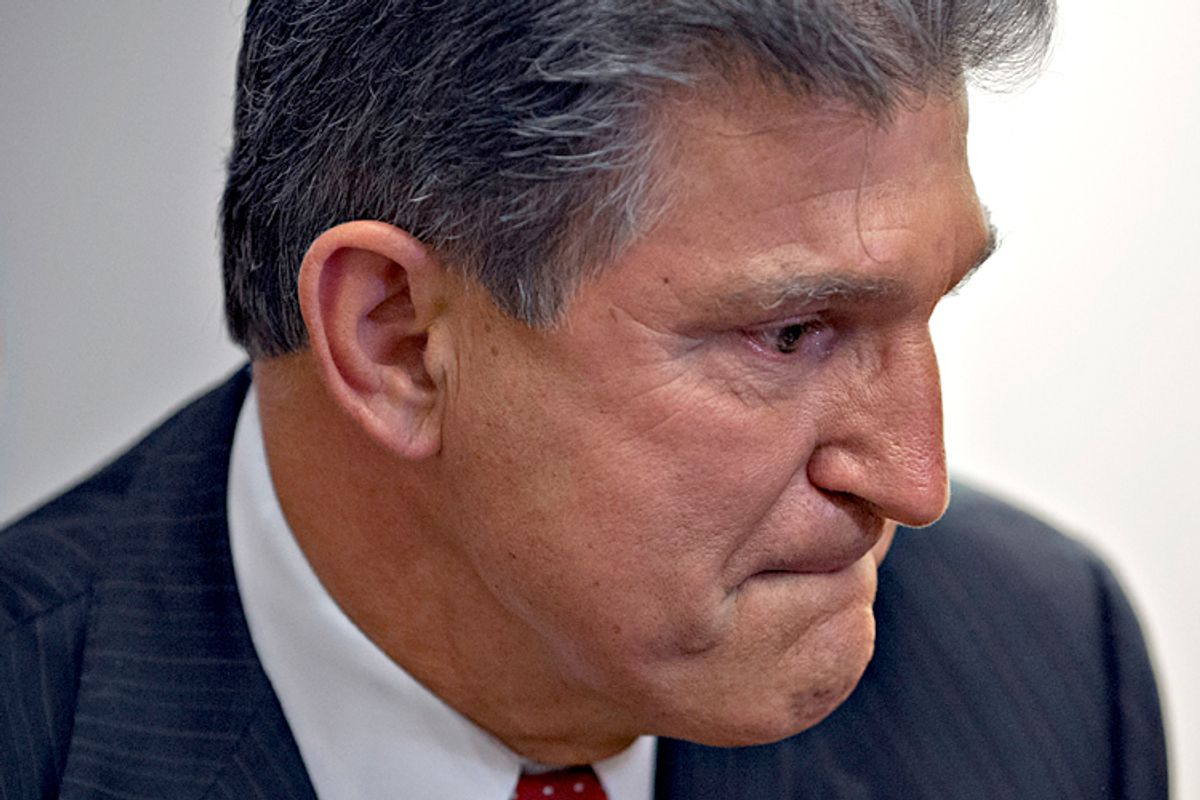 Investment banker Antonio Weiss' nomination to a key Treasury Department post suffered another setback on Wednesday, as Sen. Joe Manchin of West Virginia, one of the chamber's most conservative Democrats, announced his opposition to the pick.

"I cannot and will not support his nomination because I do not believe he possesses the characteristics and the background we need in an undersecretary to push for strong Wall Street oversight and to protect our small businesses and financial institutions on Main Streets across America," Manchin said in a Senate floor speech. Weiss is President Obama's nominee to serve as undersecretary of the Treasury for domestic finance.

Weiss, currently the head of global investment banking at Lazard, has come under fire from the progressive wing of the Democratic Party, with Massachusetts Sen. Elizabeth Warren leading the charge against his selection. In a Huffington Post op-ed, Warren laid out the reasons she'll be voting against Weiss. Warren's chief concern is that Weiss' professional background in international banking ill suits a nominee for a domestic finance post. The senator also cited his advisory work on Burger King's merger with Canadian doughnut chain Tim Hortons, a so-called inversion that will allow Burger King to lower its tax bill. Additionally, Warren wrote that "the over-representation of Wall Street banks in senior government positions sends a bad message."

Until today, opposition to Weiss came only from Warren and two other liberals in the Senate Democratic caucus, Vermont independent Bernie Sanders and Illinois Democrat Richard Durbin. But centrist Democratic Sen. Jeanne Shaheen of New Hampshire revealed today that she, too, intends to vote against Weiss, and Manchin's announcement means that opposition to the nomination now spans the spectrum of the Democratic caucus.

Manchin, who was first elected to the Senate in 2010, has bucked his party on a number of issues, including environmental regulations, the Keystone XL pipeline, marriage equality, and abortion rights.

Though Manchin's views place him well to the right of most his party, he has teamed up with Warren, the liberal firebrand, before. Last month, the two senators co-wrote a Wall Street Journal op-ed  in which they decried the dominance of Wall Street insiders at the Federal Reserve, calling for governors from more diverse professional backgrounds. In his Senate floor speech today, Manchin echoed that theme, urging the selection of a nominee with Main Street bona fides.

"The undersecretary should have a broad background in financial services, with the critical inclusion of community banking, which is so important to thousands of rural communities, small towns and suburbs," Manchin said. "A person with direct Main Street experience can fully appreciate the special concerns of that industry. Unfortunately, Mr. Weiss does not fit the bill, and for that reason, I must oppose his nomination."