The reigning champ won the award after the assault allegations became public. But then he didn't act remorsefully 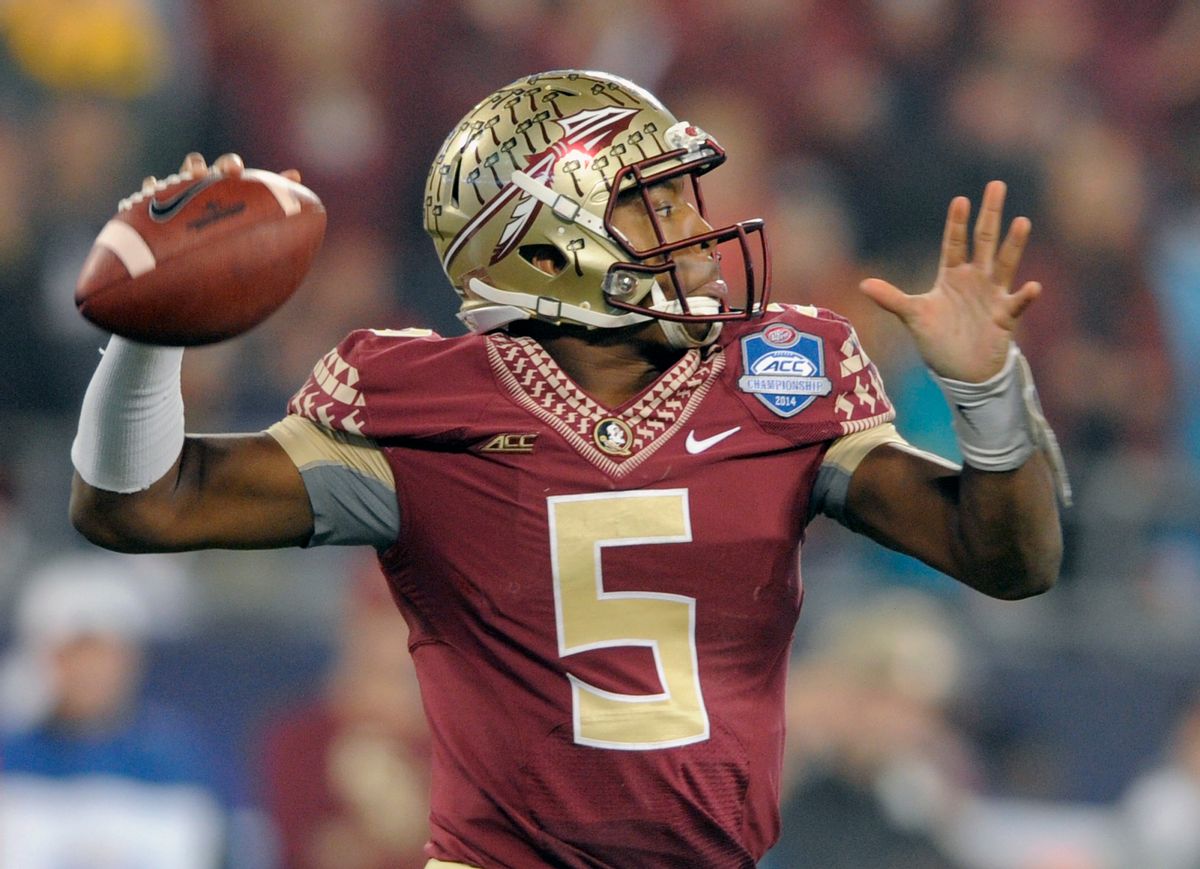 Jameis Winston hasn't had a great year. Still, despite being cited for shoplifting shellfish, suspended for shouting vulgar sexual phrases and investigated for an alleged rape, Winston hasn't had a particularly bad year either. The reigning Heisman Trophy winner and Florida State quarterback has remained a star player for his undefeated team, performing almost as well as he did when he won the award last year -- almost. And that might be why Winston was not named a finalist for a second Heisman this year.

As the New York Times reports, Winston's current numbers pale in comparison to at least one of this year's Heisman finalists, as well as his own performance during the 2013 season; he simply hasn't played better than other contenders. But that doesn't rule out the possibility that Winston's integrity -- another key element the Heisman Trust considers in awarding the trophy -- has contributed to him being cut from consideration:

[The] rape accusation was also known at the time of voting last year. In fact, it was extremely fresh in voters’ minds, having first been revealed just weeks before ballots could be submitted.

Several voters said this worked in Winston’s favor last year but against him this year: In the week before the voting deadline last year, prosecutors said that there was not enough evidence to charge Winston with sexual assault. [...]

By contrast, the intervening year has included revelations about flaws in the handling of the case by the Tallahassee, Fla., Police Department and the university, and Winston continued to be involved in off-the-field matters that raised questions about his character.

So, basically, Winston hasn't behaved as he was supposed to in the aftermath of being charged with assault -- quietly, remorsefully even (although he has maintained that he did not rape his accuser). Instead, the player has spent the past year emboldened to behave however he wants: he can steal crab legs, shout obscenities and wrongly equivocate being accused of rape with actually being raped. And he still gets to hold on to his Heisman.

But he won't get a second one, and maybe that is because of his scandalous off-field behavior. Still, even if the Heisman committee decided against rewarding Winston because he might have raped someone, it doesn't change the fact that they rewarded him last year -- when they still knew that he might have raped someone. Asserting that Winston remained eligible for the award in 2013 because he was not charged with sexual assault indicates what we already could have assumed: The voters did not believe his accuser. This isn't surprising.

And it also isn't surprising that, only after it was revealed that Tallahassee police failed to adequately or respectfully investigate the rape allegations -- and after Winston publicly behaved with impunity as encouraged by the Heisman Trust, football fandom and our culture -- people have begun to back away from the award-winning quarterback. For a time, the institutions that implicitly endorsed Winston's bad behavior were willing to pretend not to notice it. But Winston didn't pretend well enough it didn't exist.