The sandwich that took three years to make

Watch the jaw-dropping new short from PES, the David Chang of stop-motion animation 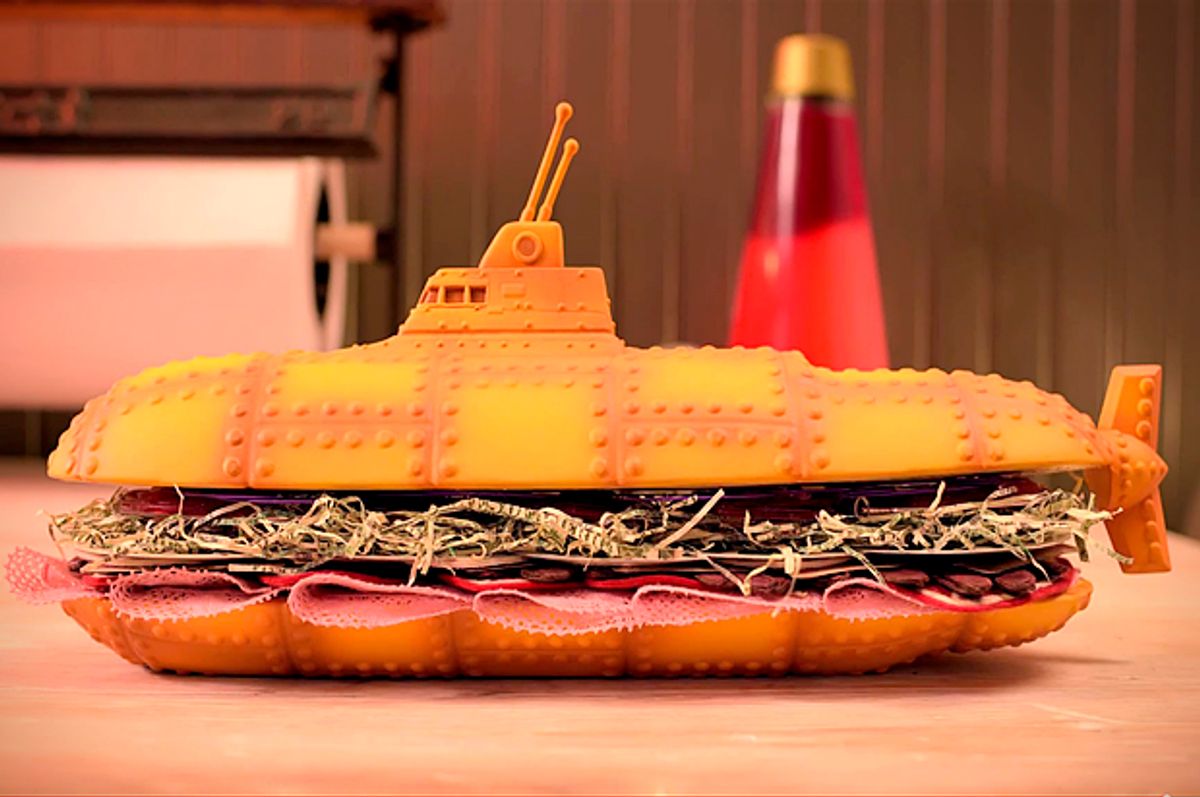 It takes a certain kind of filmmaker to spend three years creating a two-minute film. California-based animator PES has taken that long to make you a sandwich. The filmmaker's meticulous technique and wild imagination have earned him a huge following and numerous plaudits. He earned an Oscar nomination for his short "Fresh Guacamole" (in which grenades and softballs stood in for avocados and onions), and his unique take on spaghetti, utilizing rubber bands and bubble wrap, is closing in on 17 million views.

"Submarine Sandwich" is his most ambitious and satisfying film to date. Sweat socks, boxing gloves and soccer balls are just a few of the ingenious props used to represent deli meats and cheeses. The film required a Kickstarter campaign, a corporate sponsorship and the perfect vintage meat slicer (the Streamliner).