The ugly truth: Torturers are enjoying their freedom -- as truth-tellers like John Kiriakou are sitting in prison 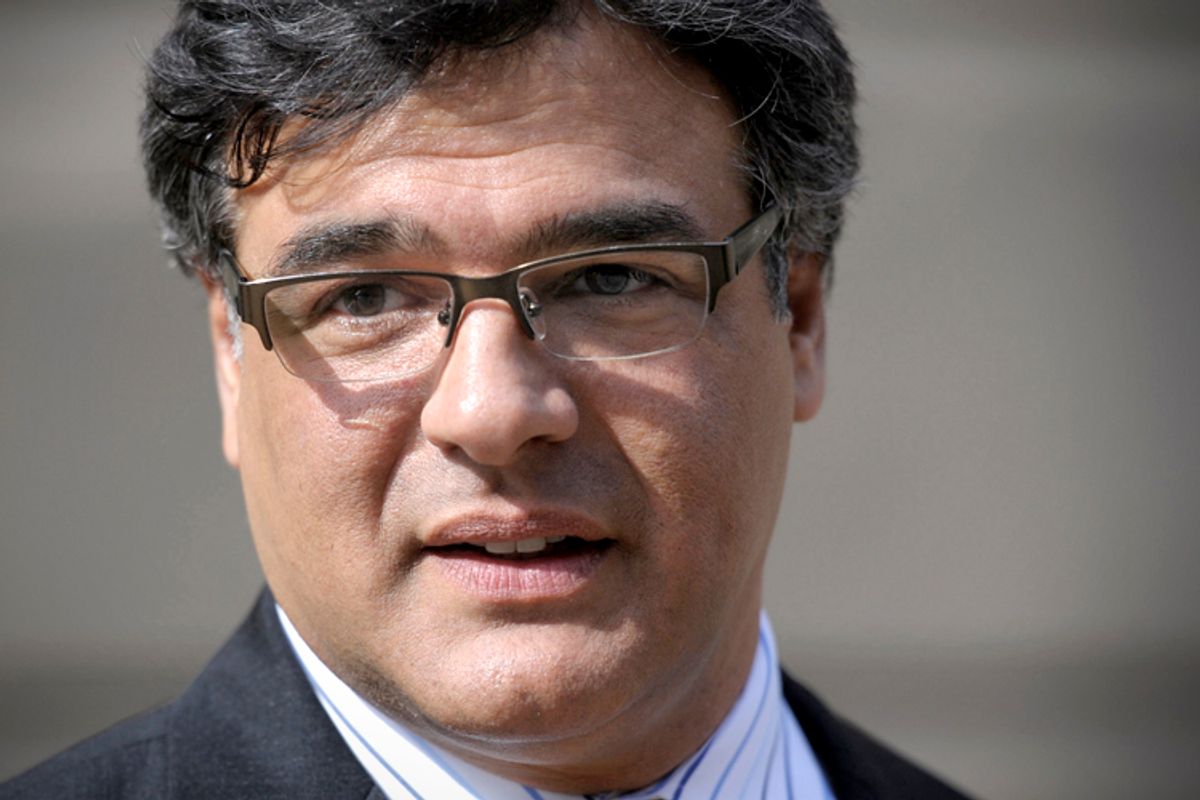 Here's what it's come down to in America. The newly released Executive Summary of Senate Intelligence Committee’s Torture Report lays bare that the CIA makes propaganda its business, and the propagandists and perpetrators of torture are enjoying their freedom. Meanwhile, the Obama administration has made truth-telling a crime, and truth-tellers are in jail.

The Executive Summary of Senate Intelligence Committee’s Torture Report brings to light gruesome and shameful details about the U.S. torture program. It describes horrific acts of human degradation (such as “rectal rehydration” when not medically necessary) and the chilling implementation of policies that specifically authorized the abuse far worse than we ever imagined or were ever told.

The report’s Executive Summary includes a deception section, describing in detail how the CIA systematically leaked classified information about the torture program to journalists who published the agency’s version of events, including “inaccurate claims about the effectiveness of CIA interrogations, much of it consistent with the inaccurate information being provided by the CIA to policymakers at the time.” CIA refused to file crimes reports about these “unauthorized disclosures,” which makes sense since the CIA Office of Public Affairs (OPA) masterminded them.

It doesn’t square, however, with the Obama administration’s unprecedented use of the Espionage Act against more people for alleged mishandling of classified information than all previous presidential administrations combined. One of the people Obama prosecuted is whistle-blower and Government Accountability Project client, former CIA officer John Kiriakou. Kiriakou publicly revealed in 2007 that torture was an official program of the U.S. government, not some rogue pastime of a few sadistic agents. In an attempt to silence Kiriakou, who continued to speak publicly and wrote a book highly critical of torture, the CIA filed six crimes reports against him for alleged “unauthorized disclosures” of information.

The Torture Report Executive Summary brings this hypocritical double standard into sharp focus, describing how when congressional overseers asked CIA why a crimes report was not filed for a story in the New York Times, CIA’s legal office responded that “‘part of this article was based on ‘background’ provided by [Office of Public Affairs]. That, essentially, negates any use in making an unauthorized disclosure [report].” In other words, the CIA’s public advocacy for torture campaign came above concerns about disclosure of classified information.

It’s even more unseemly that the CIA began to realize all this leaking completely contradicted its so-called Glomar position in FOIA cases that CIA could neither confirm nor deny the torture program’s existence. When the CIA prepared a media campaign glorifying the program, one CIA attorney warned that “our Glomar figleaf is getting pretty thin,” and another noted that the agency’s proposed media campaign “makes the [legal] declaration I just wrote about the secrecy of the interrogation program a work of fiction ...” Disturbingly, the CIA attorneys did not advise correcting FOIA court filings. Instead, the lawyers recommended that the disclosures should not be attributable to CIA.

Before the Torture Report Executive Summary’s release, the CIA’s most famous and offensive leak came from former CIA director Leon Panetta, when he revealed the name of the Navy SEAL unit and ground commander who carried out the Osama bin Laden raid and discussed classified information in a 2011 ceremony attended by “Zero Dark Thirty” filmmaker Mark Boal.

The Torture Report Executive Summary reveals that CIA leaks weren’t just glorifying torture to make a Hollywood movie, they were systematically remaking the “Rendition and Interrogation Program” to deceive Congress, the “free” press and the American public into thinking torture was something mild, rare and effective. The entire program was one giant propagandist leak.

This information, four years in the making and two years in the withholding, would have been nice for Mr. Kiriakou and the other Espionage Act defendants to use to defend themselves on the basis of selective and vindictive prosecution. Unfortunately, forced with facing decades away from his family and young children, Mr. Kiriakou agreed to a plea bargain and is still in prison serving a 30-month sentence for confirming the identity of a torturer working in the euphemistic “Rendition and Interrogation Program.” All the Espionage Act charges against him were dropped, but not before the CIA got its pound of flesh.

The Executive Summary is a welcome glimmer of transparency, but until we have accountability for torture, we will always be in danger of history repeating itself.

Jesselyn Radack represents Edward Snowden and a dozen other individuals investigated or charged under the Espionage Act. She heads the Whistleblower & Source Protection Program (WHISPeR) at ExposeFacts. As national security & human rights director of WHISPeR, her work focuses on the issues of secrecy, surveillance, torture and drones.