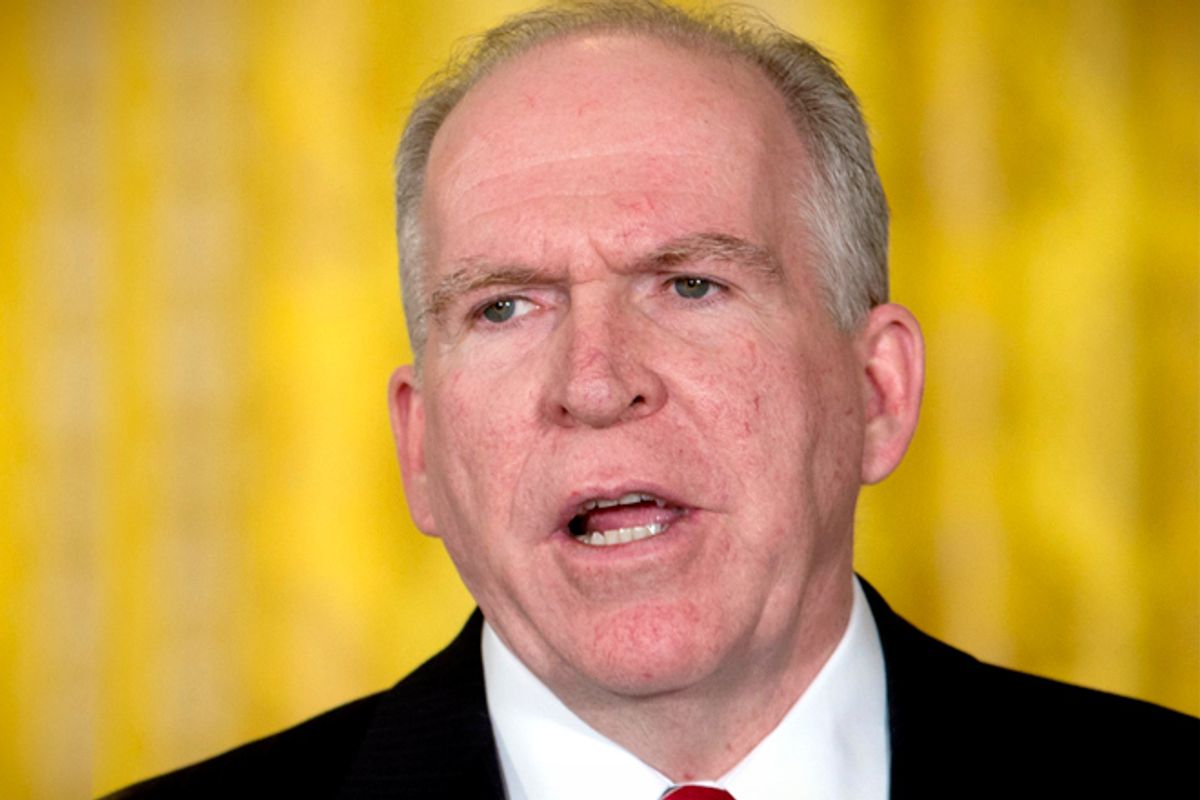 President Obama believes Central Intelligence Agency director John Brennan has done "an exemplary job," White House Press Secretary Josh Earnest said Wednesday, despite concerns that Brennan has been untruthful in defending the agency after Senate Intelligence Committee released the executive summary of its investigation into the CIA's use of torture against terrorism suspects.

The committee's summary, made public on Tuesday, documented how CIA interrogators employed brutal techniques against detainees, including waterboarding to the point of near-drowning, depriving detainees of sleep for as long as a week, force-feeding prisoners through their rectums, and threatening the lives of detainees' children and family members, among other methods of torture. The committee also determined that the CIA misled the executive branch, lawmakers, and the public about the effectiveness of torture, concluding that its use did not thwart any terrorist plots.

Responding to the summary's release yesterday, Brennan released a statement in which he conceded that the agency "made mistakes," but he defiantly insisted that torture had indeed saved lives.

“Our review indicates that interrogations of detainees on whom [enhanced interrogation techniques] were used did produce intelligence that helped thwart attack plans, capture terrorists, and save lives,” Brennan said. “The intelligence gained from the program was critical to our understanding of al-Qa’ida and continues to inform our counterterrorism efforts to this day.”

Intelligence Committee member Mark Udall, a Colorado Democrat who leaves office next month, blasted Brennan's claims, charging on the Senate floor Wednesday that the director is lying about the scope and efficacy of torture. Referring to the findings of a study conducted under former CIA director Leon Panetta, Udall said that the classified investigation makes clear that Brennan isn't telling the truth.

"The refusal to provide the full Panetta Review and the refusal to acknowledge facts detailed in both the committee study and the Panetta Review lead to one disturbing finding: Director Brennan and the CIA today are continuing to willfully provide inaccurate information and misrepresent the efficacy of torture," Udall said. The senator called on Brennan to resign from his post.

Brennan was deputy executive director to then-CIA director George Tenet at the time the CIA developed its detention and interrogation program.

In her foreword to the report, Sen. Dianne Feinstein of California, the Intelligence Committee chair, said that the committee's full 6,700 page study, which remains classified, goes into further detail in demonstrating that torture proved ineffective as a counterterrorism tactic.

“The full Committee Study also provides substantially more detail than what is included in the Executive Summary on the CIA’s justification and defense of its interrogation program on the basis that it was necessary and critical to the disruption of specific terrorist plots and the capture of specific terrorists,” Feinstein wrote.

“While the Executive Summary provides sufficient detail to demonstrate the inaccuracies of each of these claims, the information in the full Committee Study is far more extensive," she added.

While Brennan has contradicted that determination, maintaining that torture worked, the White House is standing by him. In Wednesday's press briefing, Earnest signaled that the administration plans on keeping Brennan in his job.

"Mr. Brennan worked here in the White House for four years as the president’s top homeland security adviser. And Mr. Brennan has continued his service as the director of the CIA. The president believes that he has done an exemplary job in both of those roles," Earnest told reporters.

Asked about accusations that Brennan has lied, Earnest said, "We certainly would have the expectation that everybody in this administration, including everybody who works for the Central Intelligence Agency, would be truthful and honest with members of Congress, particularly when they’re under oath."