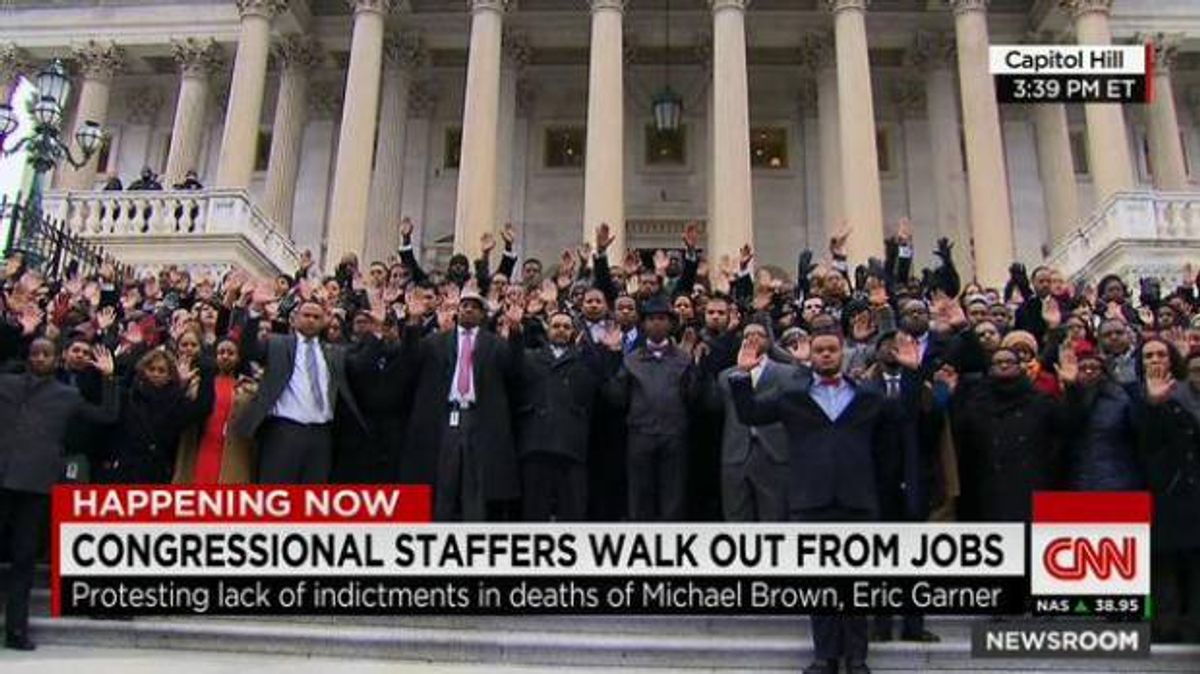 Dozens of African-American congressional staffers walked out of the job on Thursday to protest the police killings of Eric Garner and Michael Brown, standing on the Capitol steps with their hands raised to perform the "hands up, don't shoot" gesture popularized by demonstrators in the wake of Brown's killing in Ferguson, Missouri, late this summer.

The protest came on the heels of grand jury decisions not to indict the police officers who killed the two men, both of whom were unarmed. Officer Darren Wilson shot and killed Brown amid what Wilson alleges was a tussle over the officer's gun, while Garner died after being placed in a chokehold as he resisted arrest for selling untaxed cigarettes outside a Staten Island bodega.

“Black staffers on Capitol Hill wanted to do something in support of ongoing national and global protests against police aggression,” an organizer told the Daily Beast ahead of today's walkout. “Many of us felt we needed to stand with others who were taking on the issue of police abuse and do it here, where we work, even though not all of us have had that same experience, personally. Everyone I talked to has known someone who’s been directly impacted.”

Organizers also considered other options to protest the killings, including a "die-in" inside the Capitol and a rally featuring posters, the Daily Beast reported.