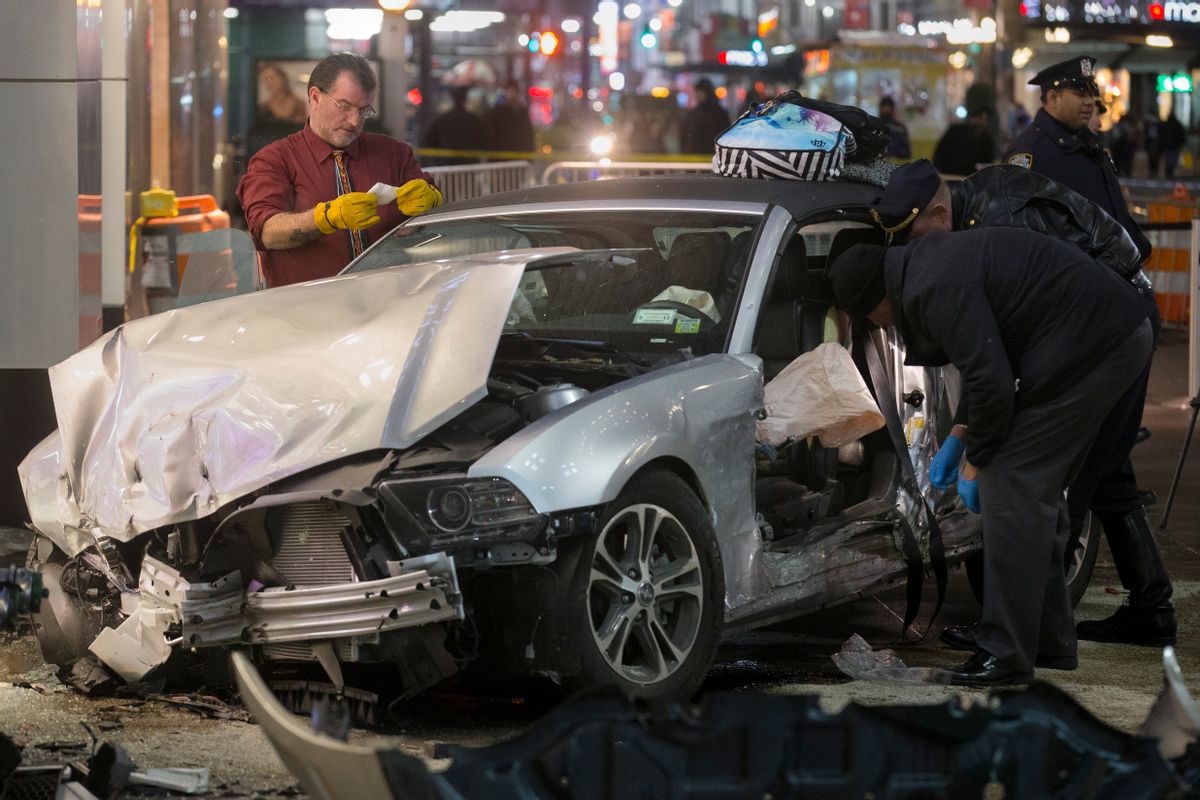 Police search a car at the scene of a vehicular accident on 34th Street, Thursday, Dec. 11, 2014, in New York. Six people were hurt when the car jumped a curb in midtown Manhattan and struck a group of people around 10 p.m. A fire department spokesman says the injured were taken to Bellevue hospital with serious but non-life threatening injuries. (AP Photo/John Minchillo) (AP)
--

NEW YORK (AP) — Six people were hurt when a car jumped a curb in midtown Manhattan and struck a group of people.

It happened at about 10 p.m. Wednesday on West 34th Street between Fifth and Sixth avenues in the Herald Square shopping district in front of a clothing and accessories store.

A fire department spokesman says the injured have been taken to Bellevue Hospital with serious but non-life-threatening injuries.

Police say the driver, a woman who struck multiple vehicles, is being investigated for possible drunken driving or related offenses.

An eyewitness, Milton Garcia, tells WABC-TV the driver hit a person then drove into oncoming traffic and collided with a car before hitting a couple of people on the sidewalk.