Is rider safety the real Achilles heel for Uber and Lyft? 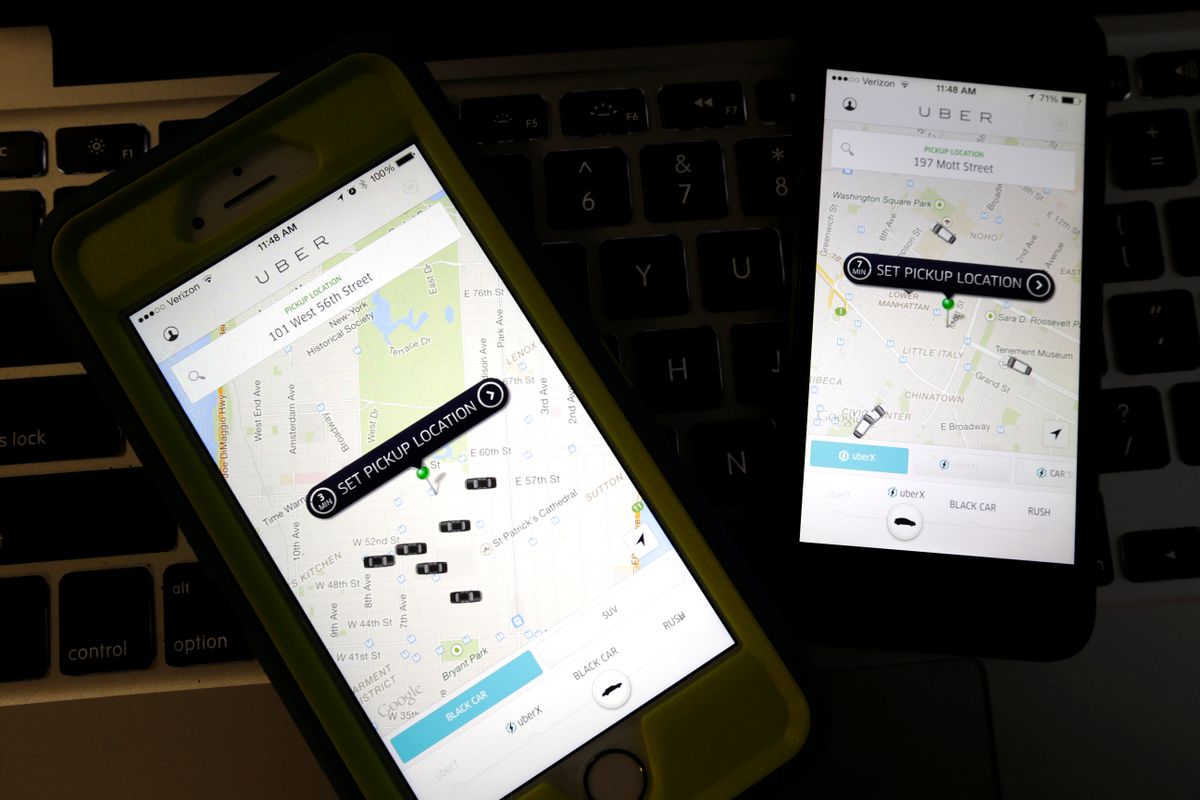 FILE - This Friday, Nov. 21, 2014 file photo taken in Newark, N.J., shows smartphones displaying Uber car availability in New York. With assault cases against their drivers in India and Chicago this week, popular ride-hailing app Uber is in for yet another public relations ordeal that follows ongoing criticisms about its corporate ethics and culture. And yet, neither government nor the taxi industry has regulators been able to curb the companys meteoric growth, one that has spurred an entire industry. (AP Photo/Julio Cortez, File) (AP)
--

LOS ANGELES (AP) — The growth of ride-hailing companies such as Uber and Lyft so far has not been hindered by limits from government regulators and campaigns by taxi cab competitors. A bigger threat to the new industry's impressive start could come from customers — if enough people stop using the services over fears that drivers aren't safe.

Uber operates in more than 250 cities in 50 countries, and recently was valued at $40 billion based on $1.2 billion that investors poured into the company in its latest funding round. Lyft, meanwhile, operates in 70 markets in the U.S., up from 30 at the start of the year.

So far, controversies have not seemed impact the popularity of ride-hailing apps. They boast several advantages over taxis, including no-cash payments and an app that shows how far away a car is and whether the driver received positive reviews from prior riders. Uber ranks 39th in the Apple iTunes store among the most popular free apps, ahead of Gmail and the music streaming service Pandora. Lyft, which is much smaller, is not in the top 100.

But just this week, California prosecutors sued both, saying they misrepresent and exaggerate the rigor of their background checks. Police in India questioned an Uber executive about its background checks after a driver was accused of raping a passenger. And Uber removed a driver in Chicago after a customer reported she was sexually assaulted during a ride in the city last month. The company said it is cooperating with police in what it called "an appalling and unacceptable incident.

This week's incidents follow scattered anecdotes of previous assaults by Uber drivers. They don't prove the services are unsafe alternatives to traditional taxis. But they do present a challenge if riders begin to think they reflect a systemic disregard for passenger safety.

Jeff Brewer, pastor at a church in the Chicago suburbs, wouldn't step into an Uber car. Though he likes the convenience Uber would bring, he sticks with taxis on trips into the city.

"Whether it's right or wrong, there's at least some sort of perception that there's a company that has vetted the person," he said.

As with airlines, if passenger safety becomes an ongoing issue with Uber rather than isolated incidents, it could face long-term consequences, said Alex Stanton, a crisis management and communications specialist.

"At some level, there is a point at which safety does trump convenience," Stanton said.

The safety and regulatory issues "absolutely" affect Uber's valuation, said Sam Hamadeh, CEO of research firm PrivCo. Unlike, say Twitter and WhatsApp, Uber is not a "nice, clean technology company, the type that venture capitalists in Silicon Valley usually invest in — which is software, Web apps" and so on, he said.

"Here you are talking about actually, physically having to transport people," he said. "Uber's work isn't done once the taxi is hailed on their app. That's when all the problems begin."

On its website, Uber says its drivers are "screened through a rigorous process we've developed using constantly improving standards." In a written statement, Uber added that it screens would-be drivers against "federal, multi-state and county criminal background checks spanning the past seven years." The company expects to complete more than 2 million checks this year, according to spokesman Lane Kasselman.

But California prosecutors, who filed lawsuits against Uber in San Francisco Superior Court, say the company's safety checks are not as rigorous as they sound. Unlike with regulated taxis in San Francisco and Los Angeles, Uber's background checks do not require drivers be fingerprinted.

Hirease, the company that performs Uber's background checks, instead relies on "personal identifiers," such as license numbers and Social Security numbers are supplied by the applicants. As such, the lawsuit says, there is no way to ensure that the applicants are who they say they are.

As part of a settlement of a similar lawsuit, Uber rival Lyft agreed to drop claims that its background checks are the "best available" and the "gold standard."

Lyft spokeswoman Erin Simpson said in an emailed statement that the company has "pioneered strict safety screening criteria that far exceed what's required for taxis and limos in nearly every municipality across the country."

Regulators at the California Public Utilities Commission are revisiting ride-hailing company rules they put in place last year. Among the questions: "Did we get the criminal background check right, is it exhaustive as it should be," said Marzia Zafar, director of the agency's policy and planning division. That review is likely to take about a year.

She did note that most of the 100 or so phone calls the commission received this year and converted into written complaints against ride-hailing companies had to do with fee charges, not safety.

Cab drivers have seized on the safety issue, however, saying that taxi drivers have to pass government-standard checks which cost more but do a better job screening out bad applicants. The Taxicab, Limousine & Paratransit Association has launched a "Who's Driving You?" campaign targeting Uber and Lyft.

"Once consumers realize Uber and Lyft are cutting costs, they'll begin to shy away," said Dave Sutton, an association spokesman.