We lose "The Colbert Report," and Jon Stewart loses his legendary lead-out 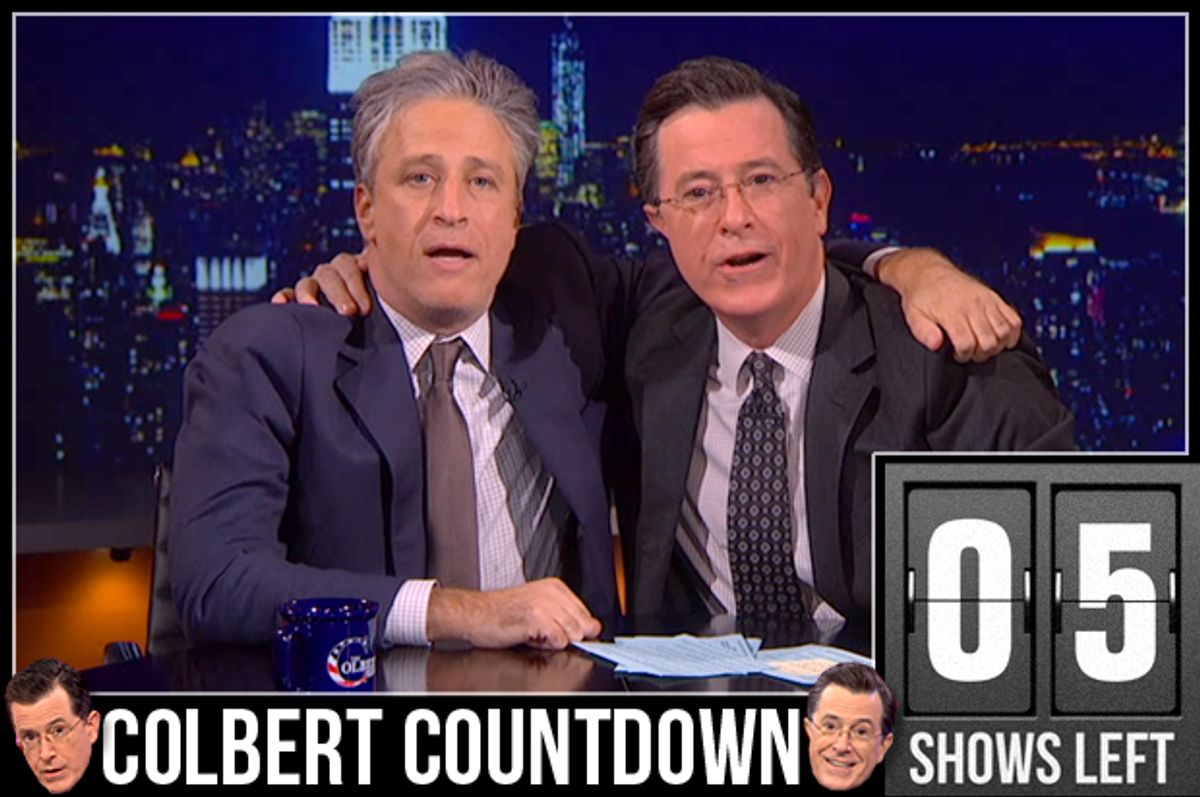 When "The Colbert Report" ends on December 18, not only will America lose one of its best and longest running comedy programs. We'll also lose one of the most impressive one-two punches in the history of late-night TV. There was nothing quite like finishing an episode of "The Daily Show with Jon Stewart," and knowing we'd immediately be treated to another half-hour of pitch-perfect satire.

Once "The Report" goes off the air for the last time next week, Colbert's time slot will be inherited by the very capable Larry Wilmore. Nonetheless, we'll still miss what we once had in the indomitable duo of Jon Stewart and Stephen Colbert.

Here are some of their best moments together:

Their most recent on-air joint appearance: Stewart appears on "The Report" to promote his new movie "Rosewater":

Colbert says goodbye to Stewart on "The Daily Show":

In 2013, Stewart congratulates Colbert on his Emmy win:

Remember the time Stewart was put in control of Colbert's Super PAC?

And then wouldn't give it back?

And after the PAC failed to influence the election, they had to sacrifice Ham Rove:

Stewart kind of had Colbert's back during the "Ice Cream War" with Jimmy Fallon (but actually thought he was there to combat diabetes):

But he definitely had Colbert's back in a fight vs. Conan:

This classic "toss" -- or moment between their two shows -- pretty much sums it up: