And he learns the terrible details of the document 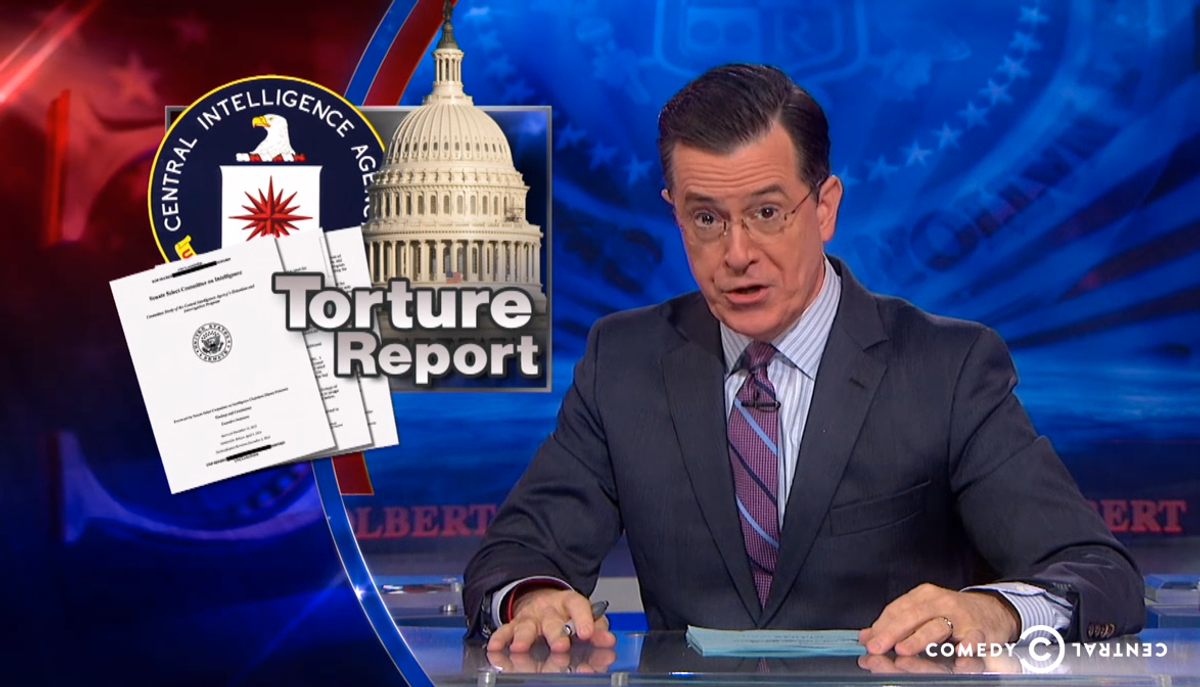 On Wednesday night "The Colbert Report" spent nearly the entire show discussing the newly-released torture report. Though Stephen Colbert tried to "shake it off," he could not shy away from the details of terrible cruelty perpetrated by the CIA.

Colbert did, however, manage to  find some highlights -- highlights that could only excite Colbert. One of those such high-notes, is that President Bush didn't want to be told the location of any secret prison, lest he compromise the information. "What courage that willful ignorance takes!" Colbert explained. Watch our nation's highs and lows below:

And then then learn, with Colbert, what is in the report: