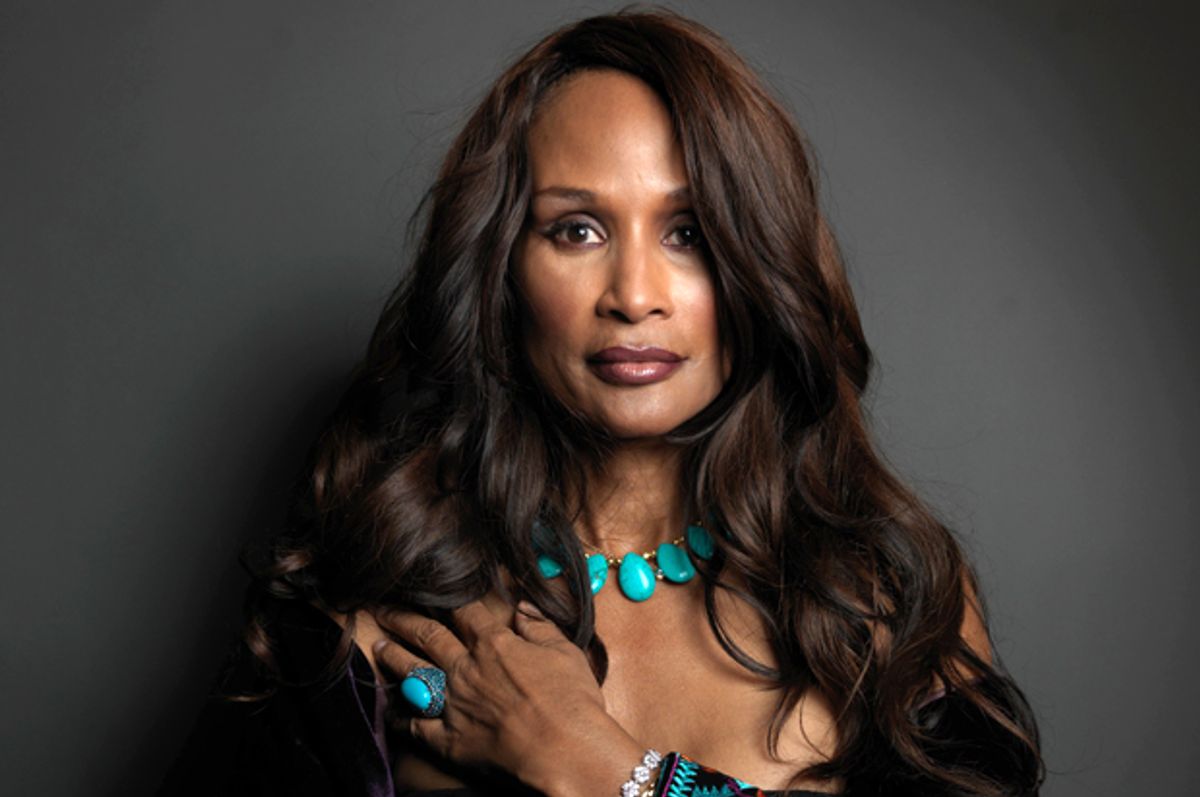 She was a young, beautiful model who moved in glamorous circles in the '70s and '80s. So maybe it's not surprising she has a disturbing Bill Cosby story to tell.

In a powerful new essay in Vanity Fair, model Beverly Johnson says that in the mid-'80s, she was contacted by Bill Cosby's people about doing a small role on his sitcom. She says he was charming and supportive when she met him – until a meeting in his home set off her alarm bells. "Cosby said he wanted to see how I handled various scenes," she writes, "so he suggested that I pretend to be drunk. (When did a pregnant woman ever appear drunk on 'The Cosby Show'? Probably never, but I went with it.)" Then, she says, he made her a cappuccino and "wouldn't let it go" when she initially refused -- so she obliged. Here's where she says it gets really bad. Johnson admits that as a disco-era model, she knew her way around recreational substances. A few sips, and she says she could tell: "I’d been drugged — and drugged good."

Johnson goes on to describe feeling woozy and her speech becoming slurred, while the comic meanwhile "put his hands around my waist." That's when she says she went into " automatic-survival mode" and cursed him out. The rest, she says, is a blur, but as she recalls it, Cosby "yanked all 110 pounds of me down a bunch of stairs," took her outside and put her in a taxi. She says she doesn't remember how she got home, and that the effects of the experience took a few days to wear off.

Johnson confesses that though she considered confronting Cosby about the incident, she didn't. "How could I fight someone that boldly arrogant and out of touch?" she says, "In the end, just like the other women, I had too much to lose to go after Bill Cosby." But now she says, "as so many women have shared similar stories," she's been emboldened to do likewise.

Johnson's anecdote is not as dramatic as many of the others that have thus far been heard – and continue to emerge. She does not claim to have been sexually assaulted or even really harassed. (Not that a claim that he drugged her is a small thing.) Her instincts and her memory about what happened to her with Cosby 30 years ago may be incorrect – that could, after all, have been an innocent, untainted beverage he handed her, and her reaction may have been unrelated. And by her own admission, she made a choice to stay silent for decades. Yet Johnson brings to the conversation yet another element -- because she may be its most reliable source yet.

Johnson is regarded as the first – and still one of the very few – black supermodels. Forty years ago, she made history as the first African-American woman to appear on the cover of Vogue. She continues to be a fashion icon, businesswoman and influencer. She cannot be accused, as some of Cosby's more loathsome devil's advocates have suggested, of being some embittered "aging actress" hoping to grasp "15 minutes of fame." She can't even be accused, as her fellow model and Cosby accuser Janice Dickinson has been, of engaging in attention-seeking behavior. She has had fame and success on a global, groundbreaking level. She could keep her mouth shut about what she says happened between her and Bill Cosby all those years ago and nobody would be the wiser. She stands to gain very little from speaking out – she admits she doesn't even include the story in her forthcoming memoir. Which makes a valid answer to the question "Why is she saying this now?" because maybe she's telling the truth.

In a week in which the credibility of all women now seems to be riding on one very shoddily reported Rolling Stone story, Johnson has picked a particularly apt and important moment to step up and say, simply, "Believe me." And though perhaps she seems a little slow to the party, Johnson says, "Now that other women have come forward with their nightmare stories, I join them ... I had to use my voice as a sister, mother, and grandmother, and as a woman who knows that, according to the C.D.C., nearly one in five women has been sexually assaulted at some time in her life, and that women of color face an even higher attack rate." Every voice is another layer to the story, bringing into focus an apparent long-running pattern that cannot be ignored any longer. Courage breeds courage. Candor breeds candor. And a woman who says Bill Cosby didn't rape her nonetheless can make a compelling argument that the man is a serial rapist. And as she says, "Let's make this a platform for other people who have been abused to step forward and be heard."