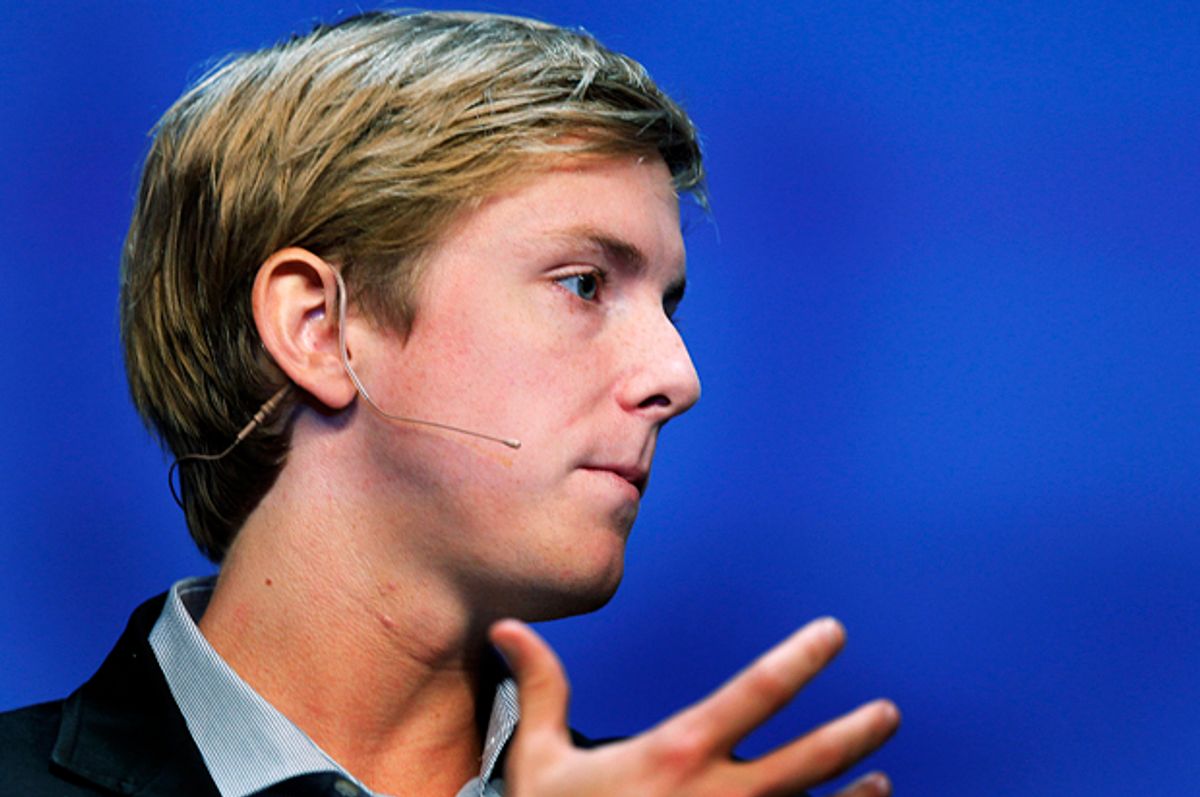 In the week since The New Republic publisher Chris Hughes pushed out editor Franklin Foer and literary editor Leon Wieseltier, prompting a wave of staff and contributors to resign their posts at the 100-year-old magazine, there's been no shortage of attention given to the firestorm surrounding Hughes and New Republic CEO Guy Vidra's plan to transform the outlet into a "vertically integrated digital media company." Now, the New Yorker's Ryan Lizza -- who himself resigned as a TNR contributing editor last week -- is out with an exhaustive account of the behind-the-scenes drama, documenting how Hughes went from vaunted savior to vilified disruptor.

Replete with anecdotes of staff turmoil and micromanagement from the top, Lizza's account comes from e-mails, meeting recordings, notes taken as the saga intensified, and more than two dozen interviews, including with Hughes. Here are five key takeaways from the piece.

1. The mass exodus from TNR caught Hughes totally by surprise.

After Foer and Wiesltier departed the magazine, nearly 50 TNR staffers and contributors fled. Hughes, Lizza shows, was wholly unprepared for such a stampede. In an "angry and emotional" video conference with TNR staffers last week, Hughes reportedly "welled up" as he discussed the magazine's fate. "He told colleagues later that he was unprepared for the scale of the resignations and depth of the protest, especially from people who he had spent the past two years cultivating," Lizza writes.

But before Foer and Wiesltier left, there were hints that such drastic changes could upend the magazine. After an October meeting in which Vidra exhorted TNR staffers that they needed to "break shit and embrace being uncomfortable sometimes," then-senior editor Julia Ioffe emailed Hughes to ask whether Foer would be staying with the publication.

"I don’t know if you noticed Frank’s face during the meeting and the way he took off as soon as it was over. I think people are a bit confused (and panicked) about what Frank’s role is going to be?” Ioffe wrote. Hughes assured her that Foer's position at the magazine was secure.

“Oh, good," Ioffe wrote back. "For a while there it seemed like Frank was leaving and us senior editors were like, I guess we’re leaving, too! What a crazy day.”

2. Hughes steered coverage away from criticism of Wall Street and corporations.

When Hughes purchased TNR in 2012, some voiced fears that the Facebook prince -- Hughes was Mark Zuckerberg's college roommate and is worth just under a billion dollars -- would apply a Silicon Valley ethos to the magazine, long known for its long-form coverage of the liberal arts and politics. But Hughes reassured staffers that he was committed to TNR tradition and would not micromanage.

Yet within two days of purchasing the magazine, he demanded that he write half of the magazine's editorials, and he repeatedly interfered with the work of TNR writers. The first issue to be published under Hughes' tenure featured a cover headline reading  “Attack of the Crybabies: Why Hedge Fund Honchos Turned Against Obama." The new owner, Lizza reports, "stopped the press run and the headline was changed to simply read, 'Why Hedge Funds Honchos Turned Against Obama.'"

As the Washington Post's Dana Milbank first reported,Hughes also killed senior editor Alec MacGillis' October proposal for a story on Apple's pattern of tax avoidance. MacGillis proposed the story the same day Apple CEO Tim Cook came out as gay, writing in an email, "I see the celebration of his announcement, while entirely justifiable, as another sign of what’s happened to liberalism today, where rights/identity liberalism trumps economic liberalism.” Hughes shot back that Apple "has acted squarely within the law” and that a story on Apple's tax avoidance would be "tone deaf" in light of Cook's announcement. Moreover, Hughes wrote, "Companies have an obligation to their shareholders to maximize shareholder value, including through strategic tax planning.”

That same month, Amazon's ad agency notified TNR that they would be discontinuing a campaign with TNR for "Alpha House," an Amazon TV show, in the wake of a widely discussed TNR cover story denouncing Amazon's conduct in its pricing dispute with the book publisher Hachette. Foer wanted to make Amazon's complaint public, but Hughes demanded that it be kept quiet.

3. Hughes could be angry and petty with staffers who disagreed with him.

During a staff meeting this summer, Lizza relates, an editor derided the covers of the Atlantic magazine, prompting an outburst from Hughes.

“The Atlantic sells a lot of newsstand issues and we have to respond to the data!” Hughes thundered.

According to Lizza, Hughes would not speak to the editor for weeks.

Ex-TNR staffers who spoke to Lizza said that the climate at the magazine grew particularly acrimonious this summer, as the upstate New York congressional bid of Hughes' husband, Democrat Sean Eldridge, began to flounder.

“We all liked him, he seemed to like us,” Ioffe told Lizza. “Everything was going great. Then, in the summer, something snapped, and he started talking to me about money and how we’re losing money and he’s tired of it. And then he became just downright contemptuous and hostile toward us.”

After another gay Democrat, Sean Patrick Maloney, mounted a successful congressional run in Hughes and Eldridge's original district, the couple had relocated to another congressional district in New York. Despite pumping millions of dollars into the race, Eldridge lost to Republican congressman Chris Gibson by 30 points, even though President Obama won the district by six points in 2012.

5. Ruth Bader Ginsburg cancelled her TNR subscription amid the past week's firestorm.

Supreme Court Justice Ruth Bader Ginsburg was such a devoted TNR reader that she spoke at the magazine's 100th anniversary party this fall. But the liberal justice's fandom is no more.

"This week, " Lizza writes, Ginsburg "sent a private note to one of the departing editors telling him that she had cancelled her subscription."