America's white millennial problem: Why the next great generation might not be a liberal one

The future of economic liberalism depends on younger voters embracing a change. Here's why its unlikely to happen 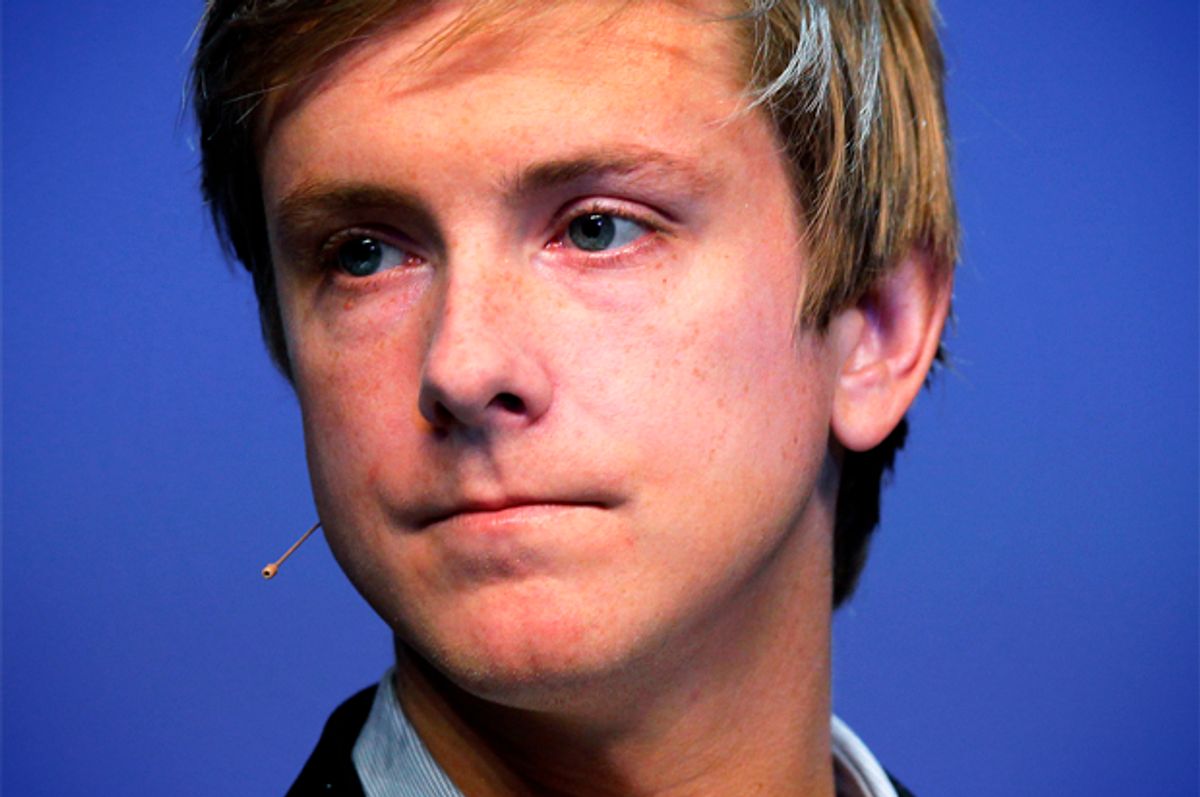 Nearly anytime Democrats lose an election, there is a pervasive narrative that, just around the bend, there will be an “emerging Democratic majority.” Originally projected to occur between 2004 and 2008, it now appears further away than ever after last month's midterm blowout. Republicans have a stranglehold on the House, where they control their largest number of seats since 1948. That lead will be incredibly tough to chip away at. Democratic chances of regaining the Senate in 2016, once considered a near certainty, are looking iffy. Republicans control 31 governorships, as well as 68 of 98 state legislative chambers. Democrats still have a strong chance of winning the Presidency, but given the importance of the states for shaping income distribution and policy, even that victory will ring hollow.

Yet again, the Democratic Party faces bleak governing prospects in the short term, with only the nebulous promise of a demographic windfall somewhere off in the future — and even that prospect should be little comfort to progressives. While the “millennial” generation has widely been seen as the key to future of Democratic successes, there are reasons to believe that the liberalism of millennials, at least on certain key issues, has been overstated.

Yes, there is a strong case that younger voters on the whole are more liberal. For instance, a study by the Center for American Progress finds that while the mean American’s ideological position is 209 (with 0 being most conservative and 400 being most progressive), those under 29 score 219.7 (Obama voters scored 244).  But while millennials are more socially liberal across the board, there are stark racial divides on economic issues. Younger voters are more likely than older voters to agree with the statement, “Labor unions are necessary to protect the working person” and “the government should be doing more to solve problems.” These questions, however, are rather vague and positively worded. And other data suggest a large gap between white millenials and millenials of color. For instance, young white men supported Romney in the 2012 election. On social issues, however, these gaps are virtually non-existent. This suggests that while social liberalism will continue to be a political winner, economic liberalism may be tougher to sell to white millenials. Additionally, while white millenials say they want to live in a racially equitable society, they are no more likely than their parents to support policies to make that society come about. "At the same time, whites primed with the reality of growing diversity become are less likely to say they support diversity and more likely to support the Republican party."

Furthermore, even as minorities make up a larger and larger percentage of the electorate, these racial changes will not inevitably benefit Democrats. While Republicans have never won more than 40 percent of the Latino vote  -- the claim that Bush won 44 percent in 2004, as widely reported, now appears to have been incorrect -- they could do so in the future. Pew data, for example, show that third generation Hispanics are more socially liberal, but more economically conservative than older Hispanics. Additionally, a recent Gallup poll shows support for Obama among younger Black Americans is modestly lower than support among their older counterparts. This actually hold strue among millenials as a whole; as there appear to be age gaps that would render the Democratic advantage ephemeral. Harvard’s Institute of Politics finds that there is a distinct difference between the way young millenials (18-to-24) and older millenials (25-to-29) view Obama. Meanwhile, a 2012 American University poll finds that college students in swing states supported Obama by 35 points, while high schoolers (13-to-17) in swing states supported Obama over Romney by only 7 points.

Discussing the future always presents challenges, particularly in the realm of politics. However, when we look at the ideologies that shape the parties, we can see a few general trends from these data. First, the economic liberalism of the millenial generation appears to be driven primarily by people of color, rather than by younger, more liberal whites. (On social issues, the generation appears to be more liberal across the board.) Second, while millenials lean Democratic, they are still effectively up for grabs. White millenials, the data show, may become suspicious of further government programs to advance racial equality, and young people of color may be open to a Republican party that eschews virulent racism. Finally, electoral structures combined with the geographic locations of Democratic voters will bias the system toward Republicans for at least another decade, and possibly longer.

It’s difficult to know what parties will do to remain viable in a shifting American political landscape. However, it’s by no means certain that a new “Democratic majority” will be an economically liberal one. It’s plausible that the new Democratic party will embrace an Andrew Cuomo-esque neoliberalism. The Democratic party that appears to be emerging will be friendlier to finance and economically conservative, but also very socially liberal, particularly on gay marriage and women’s rights. The Democratic party will be committed to reducing greenhouse gas emissions but not at a terrible price to businesses. Public goods will be sold off at bargain basement prices and the safety net will be expanded only slowly, if at all. Both parties will pretend that racial grievances are a thing of the past and present a rosy vision of color-blind America. The ideological distance of both parties on foreign policy will remain where it is today: virtually indistinguishable. This is not inevitable, but what we know about millenials, particularly white ones, suggest this is the most plausible scenario. In the battle for the soul of the Democratic party, millenials might not be on Team Elizabeth Warren.