How do you tell your kids the world is falling apart? 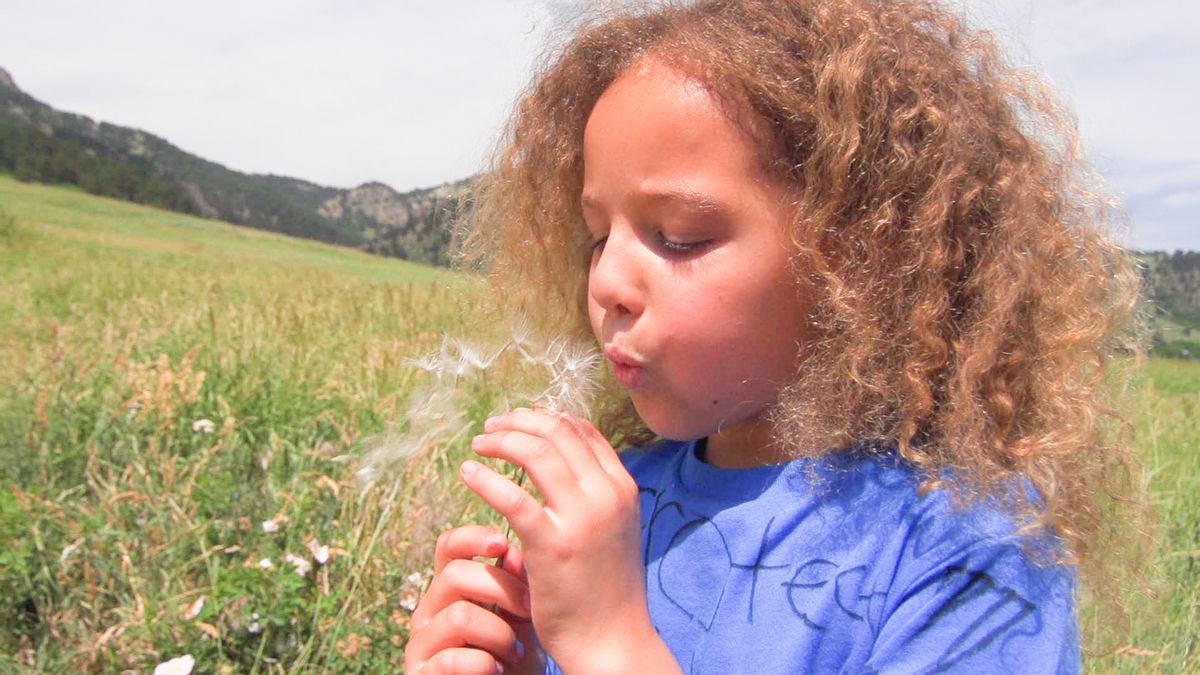 How do you talk to kids about the wide-ranging, complex and sometimes frightening environmental issues that define our times?

What makes it particularly easy, director Amy Schatz told Salon, is that kids are already thinking about the big problems -- climate change, extinction, deforestation -- a lot; maybe even more than we'd want them to at such a young age. Then again, it's encouraging to see how ready they seem to take on the challenges passed on by older generations. What emerged from interviews about kids' varied concerns, Shatz said, was one consistent message: “The adults clearly aren’t doing enough to stop this," as one child puts it, "so we have to take it into our own hands.”

The two-part special premieres Dec. 15 at 7 pm ET. Check out the trailer below; a conversation with Schatz follows.

I was hoping that first you could tell me a little bit about how this project came about.

For many years I've been working with Sheila Nevins at HBO on family specials that explore complex issues. Our children's shows have featured kids speaking from the heart about some of life's big questions: kids thinking out loud about subjects like poetry, dreams, God, the meaning of life. The environment seemed so deeply relevant today, and we wanted to explore it with kids: What do they know, what do they wonder about, what concerns do they have?

After thinking about this subject, we realized that there would be no better partner for this endeavor than the American Museum of Natural History, that concerns itself with the natural world -- its past and its future. We're so lucky to have access to them and their scientists and their incredible collections.

I'm interested in how you approached tailoring a climate change message to kids. What are some of the issues that come up when you're thinking about how to present the issue to that audience?

Well, I have to say that my role in this ... you know, I'm a filmmaker, but I'm also a messenger for what the kids tell me. And my approach is always to start with the kids, and to listen to them, and to see what they know and what it is they want to tell me. Where I began was, I sent a call out to kids around the world to send me video messages, to hear what was on their minds not only necessarily about climate change, specifically, but about the environment. I asked what they loved about the nature around them and their tips for taking care of the earth.

Were you surprised by the range of issues that came up? Some of the things the documentary covers, like oil trains, you might not expect to be on children's minds.

I learned a lot from them about these issues. I actually didn't know a lot about some of the things that they brought to my attention.

I was surprised at the scary content that these kids knew about. My feeling about childhood is that it should be a worry-free period, and my concern was that I didn't want to introduce stress into kids' lives. I guess for me, when I saw the amount of information that the kids had, and the concerns that they had, which were really for the survival not only for certain species of fish or the whales, but they were concerned about their children; several of the kids talked about the future generations. So they weren't only thinking about themselves -- which, when you think about children you think that they're very rooted in the moment of their lives, but they were actually thinking ahead to what their future role would be. And I found that very heartbreaking, that they were worried about what the environment would look like for their children and their grandchildren and their great-grandchildren.

Did you find it difficult to keep the overall tone upbeat?

So kids who aren't just talking about it, but are doing things, also?

Yeah, I mean, the hopeful thing is that these are the future scientists and visionaries and inventors and farmers and consumers. They have a lot of information, so hopefully they can make the changes that they're dreaming of.

Were there any topics that you stayed away from touching upon, or that you didn't feel would be appropriate -- or too complicated -- for a young audience?

It's interesting, because we found we have so much material, we expanded from this being a special to this being a series. We have four more episodes coming in the spring, because it seemed like the subject of the environment was vast. In the springtime shows we have kids talking about sustainability and alternative energy, and kids doing coral planting, and scenes of kids on rooftop gardens, and it seemed like the subject could go on and on and on. I mean, in the future episodes we've covered mountaintop and other very troubling scenes. So I'm not sure there was anything that we wanted to include or decided not to include, because I feel like we're trying to include everything that the kids told us. The most challenging thing, really, was how to include as many young voices as possible.

Do you have an impression of where these kids who came to you were getting these strong opinions and this knowledge from?

Well, Ta’Kaiya Blaney, this little First Nations girl in the first episode who's 12 and from outside Vancouver -- she talked about her concern that the Northern Gateway pipeline would be damaging indigenous communities' land. So I think in her case it was very personal. It was about her people and the continuance of their lifestyle.

With someone like Hippocrates Polemis, who's a little boy I met in an elementary school, he just had a passion for everything that had to do with nature, and he knew a lot about animals and endangered species and their habitats. I asked him where he learned all of this, and he really learned it from reading and watching television and just paying attention to what's going on in the natural world.

We also were fortunate to work with the museum's scientists -- they have programs for students to learn about science and nature. There are scenes where we've combined kids with scientists and they go to see some of the behind-the-scenes collections. And it's really extraordinary to see the rapport between the kids and the scientists and how they really understand a lot about species and adaptation and photosynthesis and these scientific concepts. I mean, we learned so much from these kids; they really know a lot.