"We don't wanna be known as just the 'rectal feeding guys'" 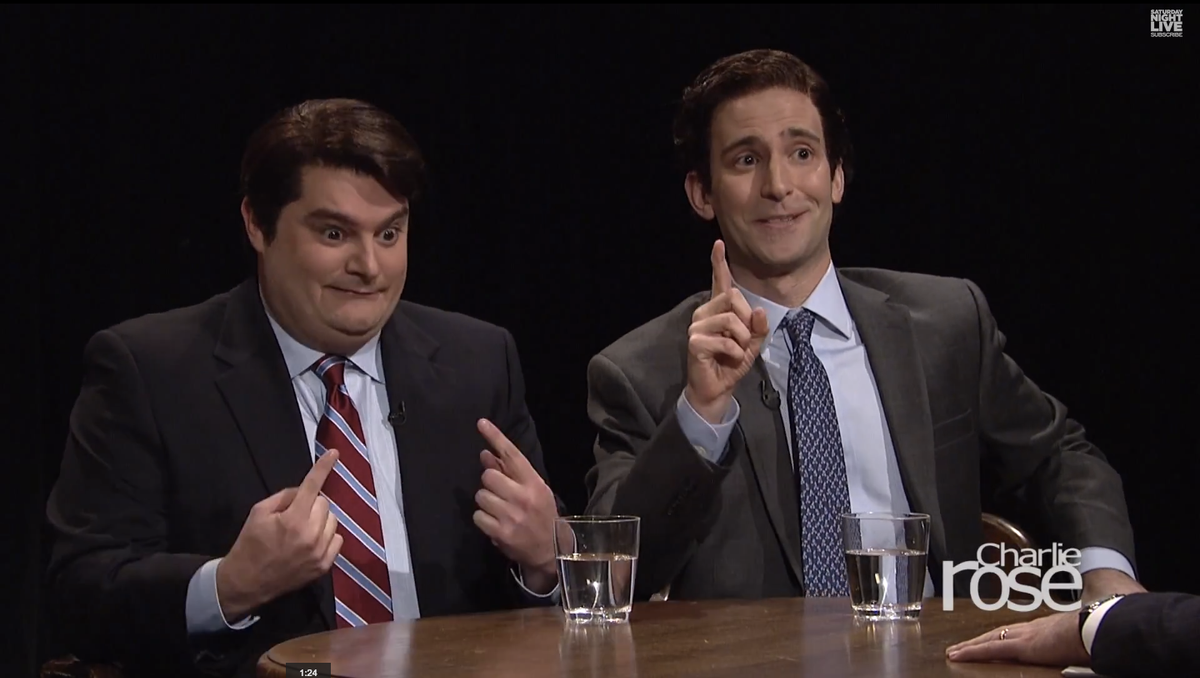 The cold open on this week's "Saturday Night Live" went straight for the most upsetting news of the week: the release of the Senate's report on CIA torture techniques. In the sketch, Charlie Rose (played by Taran Killam) interviews the two psychologists (played by Bobby Moynihan and Kyle Mooney) who were paid $80 million to devise torture techniques for the intelligence agency. It turns out these two are the masterminds behind basically everything that is bad: Time Warner customer service, the TSA, one-man shows-- it's all them.

"After all, there's more than one way to skin a cat," says Moynihan.

"And we know the exact number," says Mooney.