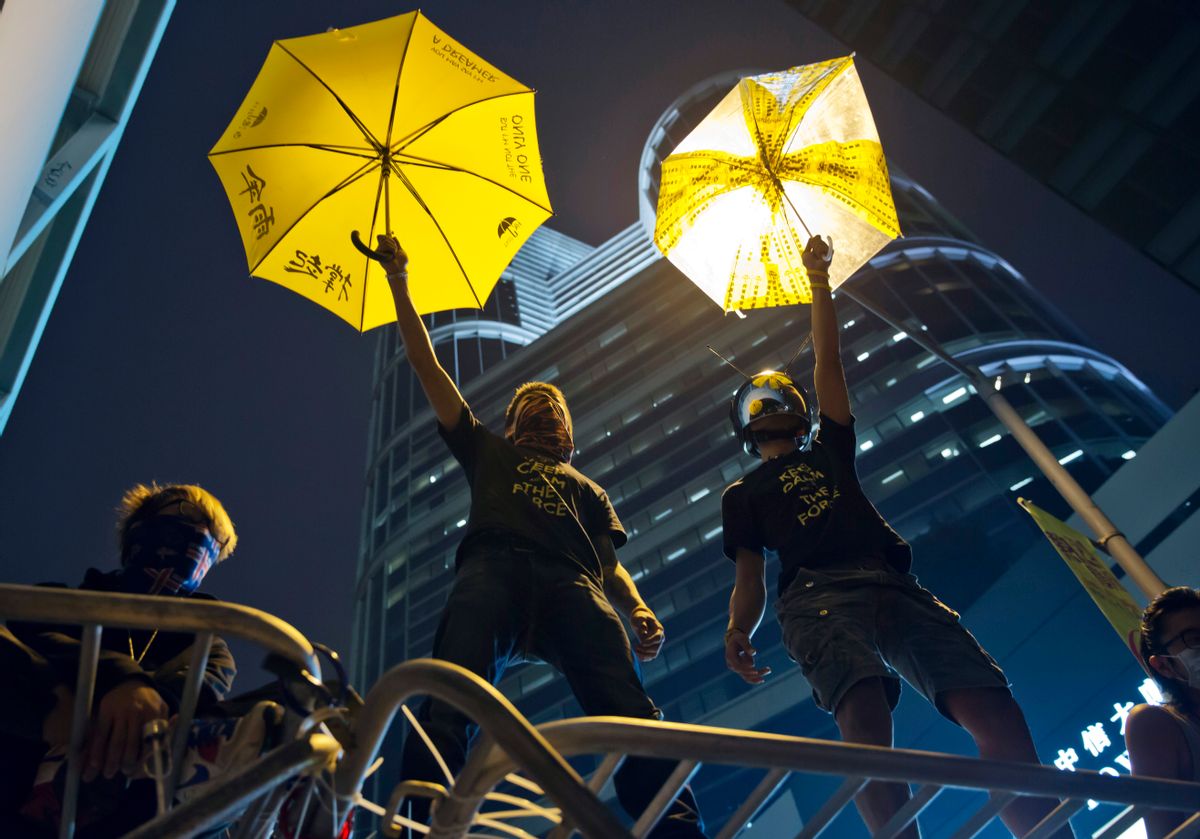 Protesters pose for photographs on a barricade at the occupied area outside government headquarters in Hong Kong Wednesday, Dec. 10, 2014. Hong Kong's dwindling number of pro-democracy protesters vowed Wednesday to stay until the last minute before authorities clear them off a highway where they've been camped out for more than two months. (AP Photo/Kin Cheung) (Kin Cheung)
--

In a final push to retake streets occupied by pro-democracy activists in Hong Kong for 2 ½ months, authorities started clearing away barricades from a protest camp outside the territory's government headquarters.

Some 1.6 million Filipinos who weathered Typhoon Hagupit in shelters returned to their homes mostly relieved that the storm weakened and blew out to sea without inflicting the sort of widespread destruction that Typhoon Haiyan did a year ago.

The "nut rage" incident created an uproar in South Korea. The head of Korean Air's cabin service — who is also the daughter and oldest child of the company's chairman — scolded a flight attendant in first class for serving her macadamia nuts in a bag, not on a plate, and ordered the a senior crew member off the plane, forcing it to return to the gate at John F. Kennedy airport in New York City. The executive, Cho Hyun-ah, later apologized before droves of journalists in Seoul, and her father also apologized and said she would quit the airline.