The AFT president shares her story of sexual assault for the first time, further humanizing the issue 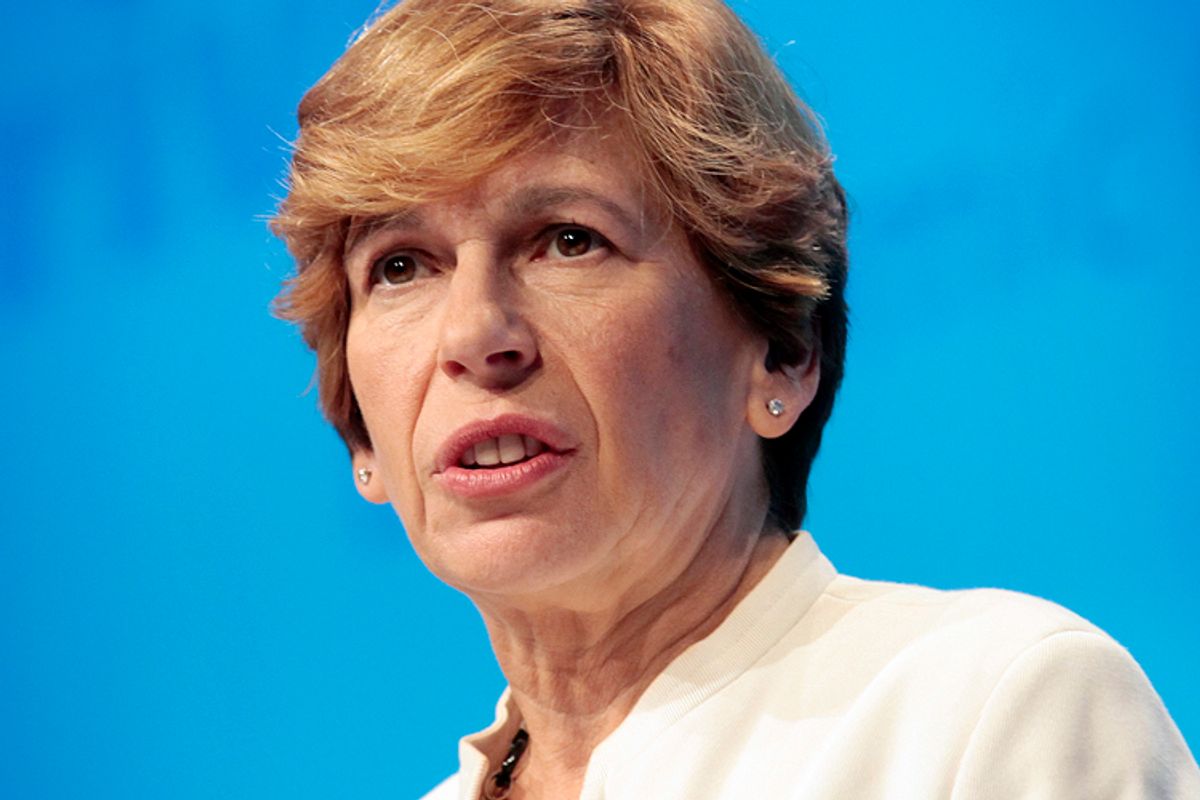 American Federation of Teachers president Randi Weingarten has joined the growing list of women to come forward about a past sexual assault, adding another dimension to the public discourse around so many women's stories. In an essay for Jezebel, Weingarten responds to the fallout over Rolling Stone's recent exposé on the sexual assault crisis at UVA, touting the successes unions have helped achieve in preventing rape on college campuses. But for the first time, the union leader also addresses her own experience of being violated.

Weingarten describes meeting a "nice Jewish boy" during her junior year of college, when she interned for a summer in Ohio. After the young man attempted to rape her, Weingarten says she didn't go to the police, because she felt she was partly responsible:

He tried to rape me. I managed to get out after a struggle, but the emotional scarring was deep.

I carried it with me for years and years. The shame and the fear faded but never erased completely as I graduated from college and law school, then became a lawyer, a teacher and a union leader.

Through it all, I've learned that it's okay to say "no." You can go to the police, report it. And it does get better.

Weingarten's decision to share her story marks an important step many prominent women have taken of late, from the celebrities who have accused Bill Cosby of rape to pop stars who have spoken out about past abuses to Lena Dunham taking a stand for other survivors. As debate continues about the accuracy of statistics on sexual assault, the well-known women who have come forward to indicate that the issue is widespread -- and they send a message to other survivors that rape can happen to anyone. They also send a valuable message about the importance of speaking out, and might help other women tell their stories. Those stories alone, however, will not fix the crisis -- but they are a crucial start.

Read the rest of Weingarten's essay at Jezebel.