A new report reveals the state of financial inequality in the U.S. 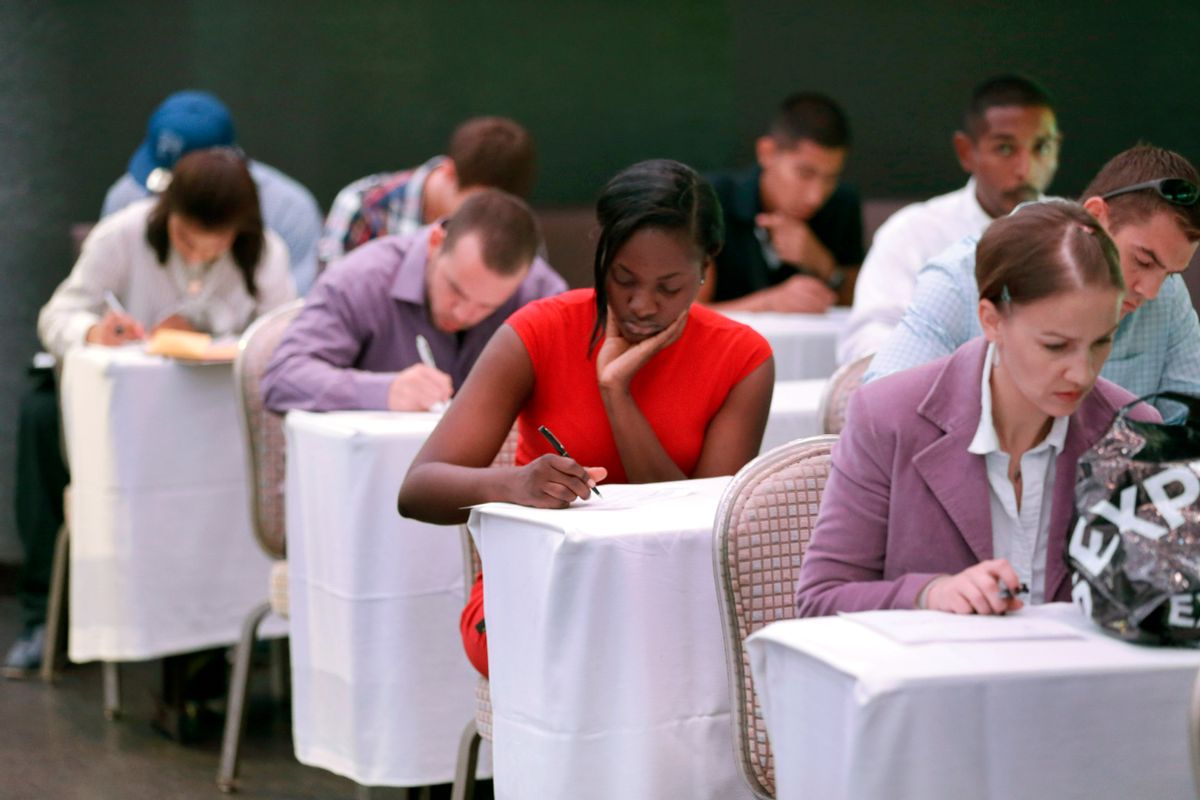 In this Monday, Oct. 6, 2014 photo, job seekers fill out forms before being interviewed during a job fair at Fontainebleau Miami Beach in Miami Beach, Fla. (AP/Wilfredo Lee)
--

A new report from the Pew Research Center reveals that the wealth gap between black and white people is the widest it has been since 1989, with white households possessing 13 times the wealth of black households as of 2013.

What's driving the two ends of the wealth spectrum apart is that while white wealth is growing (albeit modestly), minority wealth is declining steeply. Black household net worth declined by 33.7 percent and Hispanic net worth fell by 14.3 percent between 2010 and 2013.

During the recession, black and Hispanic households took more out of savings to keep their families afloat, but they have not been to replenish that savings post-recession. And although the economy has been adding jobs, "we have had very little income growth in the middle and tail-end of the income distribution, where the blacks and Hispanics are," explains Rakesh Kochhar, one of the study's authors.

Kochhar also attributes the gap to a so-called legacy of discrimination --in other words, the lower levels of education, lower property values and fewer opportunities for advancement in minority communities. "The gaps are big, and they are also persistent," he said.