Why "The Colbert Report's" interviews can never be replaced 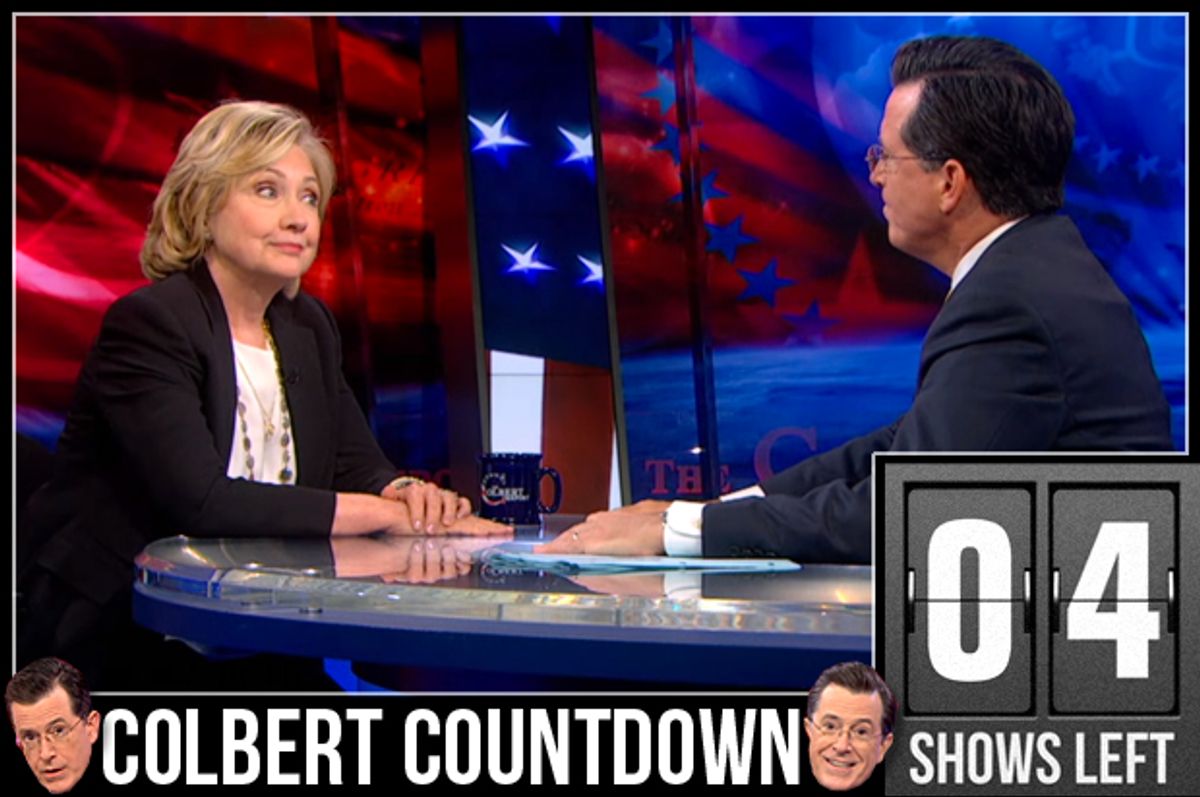 For nine years, Stephen Colbert satirical conservative persona made him one of the most interesting interviewers on TV. When he chose to push the envelope — as he often did — Colbert's character was able to ask squirm-worthy questions to great effect. (Guests, of course, were not left in the dark, as can be seen in behind-the-scenes footage.)

Regardless of guests' prior knowledge, there still was a tension, and an element of surprise, that Colbert's character brought to each interview segment. His character was a live-wire, and it made his "Colbert Report" interviews something we'll miss when the show wraps for the final time on Thursday.

To celebrate his final four shows, here are some of Stephen Colbert's most notable interviews from over the years:

1) We have to start with this interview with Bill O'Reilly:

2) And of course there was first-ever guest, Stone Phillips:

3) And his most recent guest from the "Hobbit," the dragon Smaug:

4) Stephen Colbert has spoken to a number of politicians, including Hillary Clinton:

5) And recently he sat down with President Obama:

6) However, politicians, journalists and dragons are only the tip of the iceberg. Colbert also spoke to members of the Russian band Pussy Riot:

10) And has spoken to a number of authors, including Toni Morrison:

11) And the late Maurice Sendak:

12) More of his best interview moments have been included in the montage below: