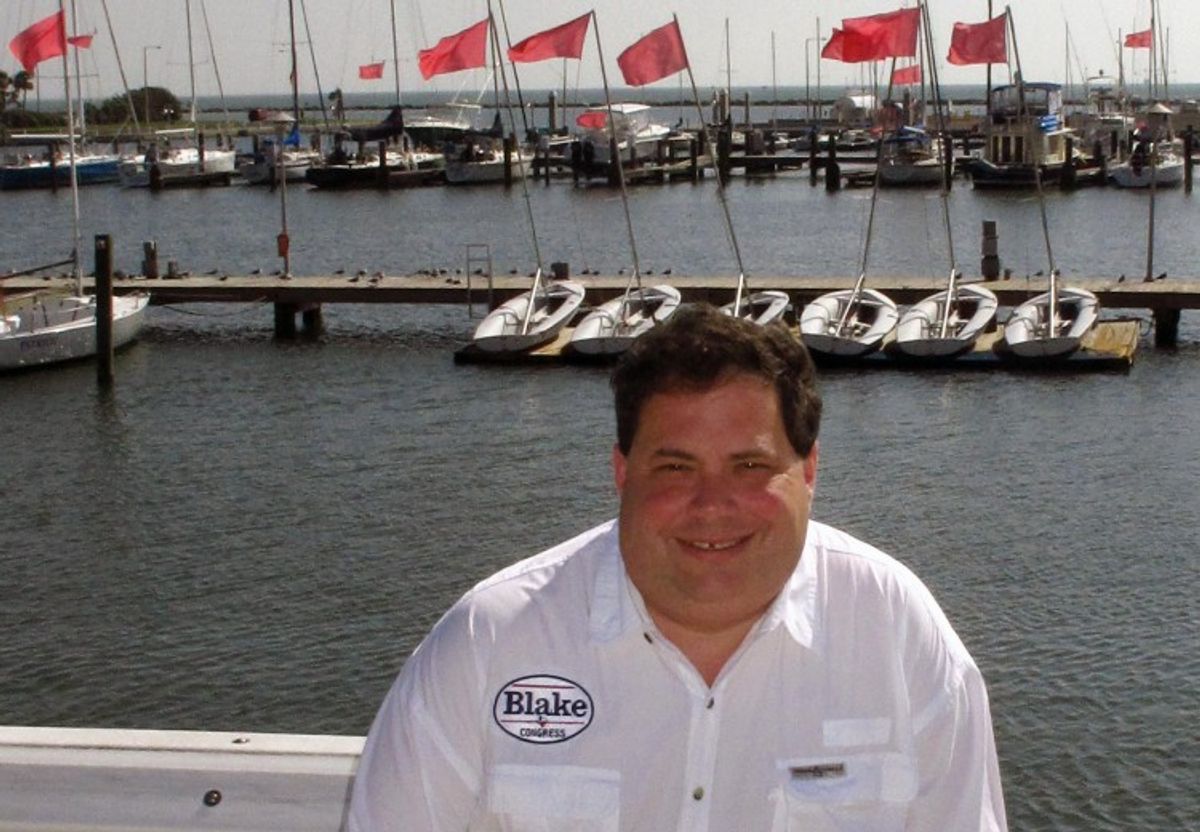 A former staffer is suing the office of Texas Congressman Blake Farenthold, claiming that she was wrongfully fired after she lodged complaints about a hostile work environment.

According to the National Law Journal, the suit was brought by Lauren Greene, who worked for the Republican as new media director and then communications director. Greene alleges that Farenthold made numerous sexually suggestive comments to her, once told his executive assistant that he had "sexual fantasies" about Greene, and "regularly drank to excess."

Greene, who left Farenthold's office this summer after joining the congressman's staff in 2013, filed the suit on Friday. She accuses the congressman and his chief of staff, Bob Haueter, of fostering a hostile work environment, engaging in gender discrimination, and ultimately retaliating against her for raising concerns about the office environment. Her lawsuit claims that for a period of time, Hauter would not acknowledge that she had been promoted from new media director to communications director. One day, her complaint says, he sent her home because he “claimed he could see [Greene’s] nipples through her shirt.” Farenthold then allegedly told his executive assistant that Greene “could show her nipples whenever she wanted to.”

"As is the case with any pending legal situation, the Congressman cannot comment on the specifics of the complaint, however, it goes without saying that both the Congressman and the members of his staff who are included in this complaint have a very different view of the allegations than Ms. Greene," Farenthold spokesman Kurt Bardella said.

"For the record, the Office did not and does not discriminate based on sex or any other unlawful factor. The Congressman is eager to respond to Ms. Greene's allegations through the appropriate legal process and is confident that once all of the facts are revealed, he will be cleared of any wrongdoing," he added.

News of the suit comes just days after Roll Call revealed that Farenthold owned the web domain blow-me.org. A spokesman for the congressman said that he never used the domain and would not renew it.

Farenthold, who is married with two children, was first elected to Congress in the banner GOP of year of 2010. A vocal conservative, he made headlines last year for flirting with the "birther" conspiracy theory that President Obama was not born in the United States.

But Farenthold has also received unwanted attention for his personal conduct. During his 2010 campaign against Democratic Rep. Solomon Ortiz, images surfaced of Farenthold wearing ducky pajamas on posing with scantily clad women. The Ortiz campaign pounced on the images and even featured them in a campaign ad.