"George W. Bush, thank you for not dying while you were in office" 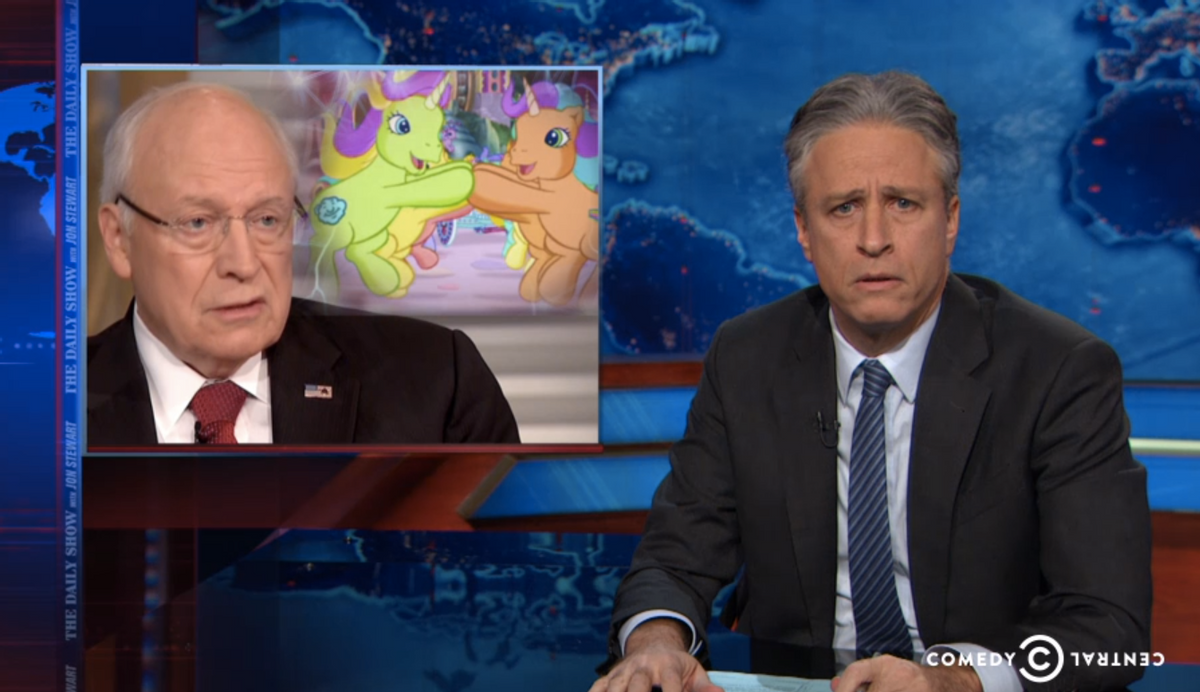 On Monday night Jon Stewart slammed former Vice President Dick "The Dick" Cheney over his outrageous "Meet the Press" interview, where among other things Cheney used 9/11 as a deflecting shield, and defended the use of torture.

“Is Dick Cheney a righteous warrior or a psychopath?” Stewart asked at the beginning of the segment.

Despite being beside himself with disbelief for most of the segment, Stewart ended with a moment of thanks. "George W. Bush," Stewart began, "thank you for not dying while you were in office."

Watch below via Comedy Central: