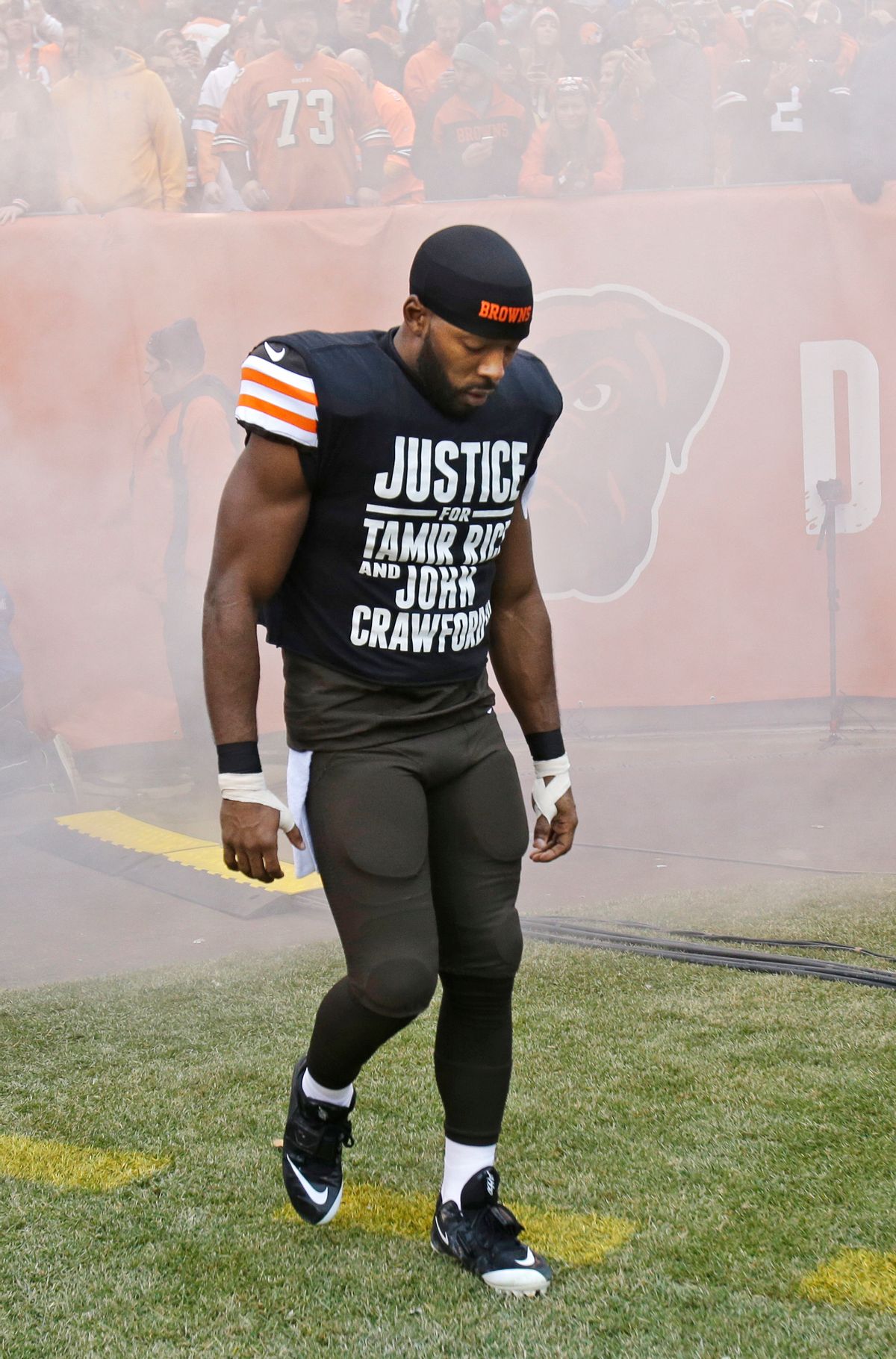 In this Dec. 14, 2014, photo Cleveland Browns wide receiver Andrew Hawkins wears a shirt calling attention to two black Ohioans killed during encounters with law enforcement before an NFL football game against the Cincinnati Bengals in Cleveland. The Browns say they respect the police and their player's rights to protest. (AP/Tony Dejak)
--

When Cleveland Browns receiver Andrew Hawkins wore a "Justice for Tamir Rice and John Crawford" shirt during warm-ups before Sunday's game against the Bengals, he joined a growing trend of athletes speaking out against police brutality. When Cleveland police union president Jeff Follmer demanded an apology, calling the T-shirt "pathetic," he, too, joined police across the country in outrage over what they view as undeserved attacks.

Hawkins refused to issue an apology. Instead, when he addressed the media on Monday, he doubled-down on his message.

On Nov. 22, 12-year-old Tamir Rice was shot by a rookie cop who had arrived at the scene after hearing reports that a child was wielding a gun. The cop, later revealed to be emotionally unstable, shot Rice less than two seconds after pulling up next to the boy. Rice was holding a toy pellet gun. John Crawford III was fatally shot at an Ohio Wal-Mart on Aug. 5 by police because he was holding a toy rifle he had taken from a store shelf. A grand jury has decided not to indict the officer responsible for shooting him.

Tearing up, Hawkins spoke about his fear that his 2-year-old son may someday face a similar fate: "That little boy is my world," he said. "My No. 1 reason for wearing the T-shirt was the thought of what happened to Tamir Rice happening to my little Austin. And that scares the living hell out of me."

Watch the full statement below.