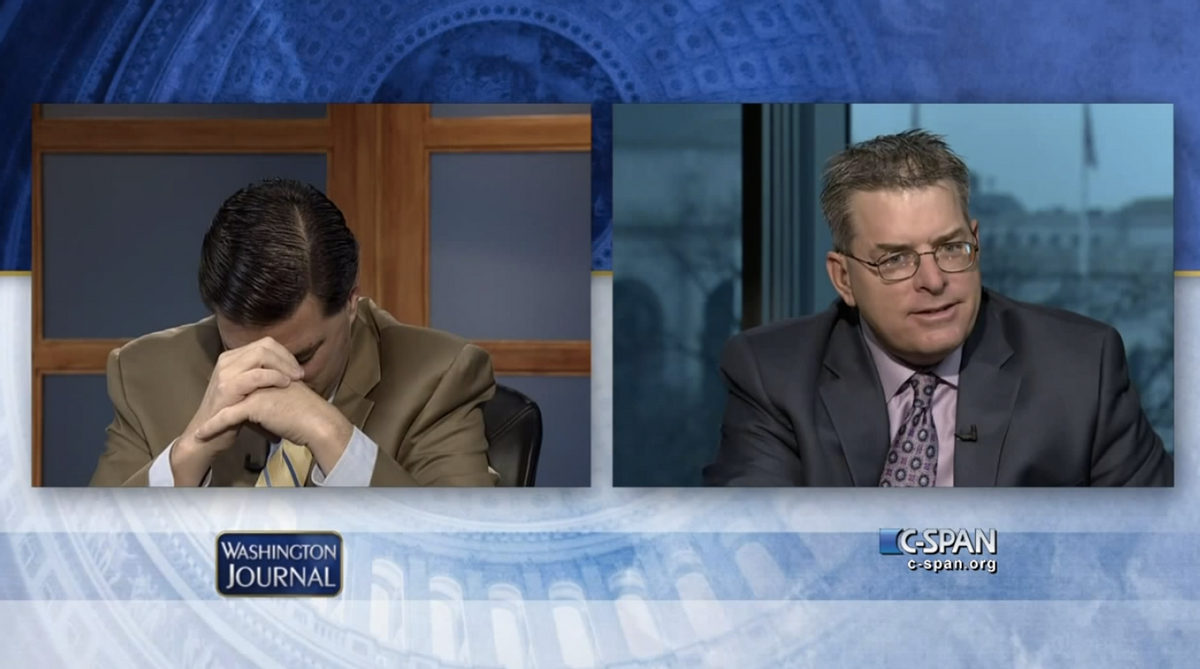 The Woodhouse brothers, Brad and Dallas, might be on opposite sides of the spectrum politically, but it seems as if they can agree on one thing: having their mother call into C-SPAN while they were both guests on the channel was an odd and charming surprise. On Tuesday, the two men stopped by Washington Journal to discuss bipartisanship when they received a call from "down south." It was, indeed, a call from their mother in North Carolina, phoning in to tell them to quit their bickering by Christmastime.

"Someone from down south," Dallas said, shortly before hearing the caller's voice. Dropping his face to his hands, he added, "Oh god, it's mom."

"You're right I'm from down south, and I'm your mother," the Woodhouse's mother said. "I disagree that all families are like ours. I don't know many families that are fighting at Thanksgiving."

She then went on to say how grateful she was for the brothers to have spent Thanksgiving at their in-laws, so as to avoid two holidays full of bickering. Then, she warned them that they'd better finish fighting on C-SPAN, before they head home for Christmas.

"I would really like a peaceful Christmas, and I love you both," she said.

Watch the clip, which is quite possibly the mom-est thing on the Internet, below: