How the warming, rapidly acidifying oceans are harming our seafood supply 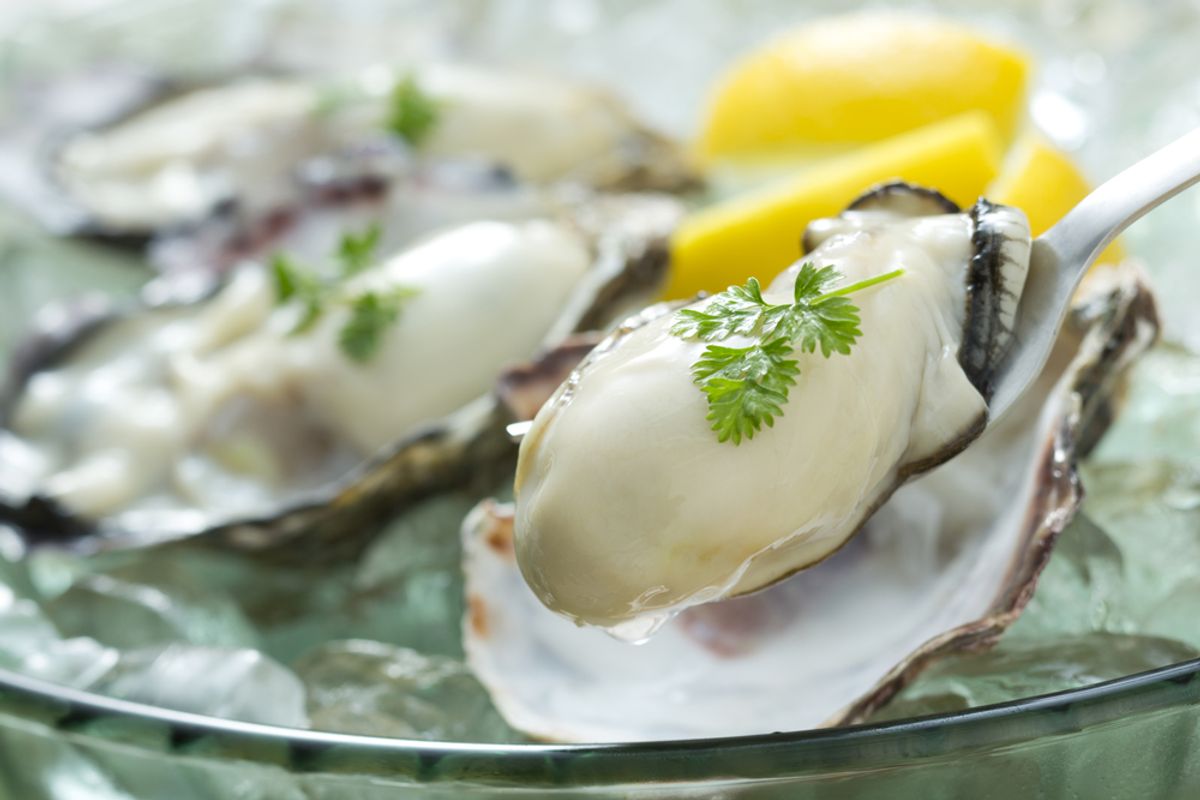 An viral disease with a 100 percent mortality rate is decimating the world's oyster populations, Bloomberg reports, threatening the $4.1 billion industry.

Oyster herpes (no relation to human herpes), also known as Pacific Oyster Mortality Syndrome, has killed the shellfish across Europe, New Zealand and Australia -- in one particularly brutal case, the University of Sydney's Richard Whittington told Bloomberg, wiping out 10 million oysters in just three days. France has been hit especially hard, its harvest now 26 percent below where it was in 2008, when the virus first appeared.

Crucially, experts say, the virus doesn't begin to kill its victims until water temperatures reach about 61 degrees Fahrenheit or higher -- global warming, in other words, could be contributing to its potency. After all, not only is 2014 likely to be the hottest year on record, according to a recently released report from the World Meteorological Organization, but it's also been marked by record high sea surface temperatures. And it's only going to get worse.

The full story of what's killing off oysters at such an alarming rate is still something of a mystery, but herpes isn't the only factor contributing to die-offs. Quartz points to the increasing acidification of the oceans, yet another consequence of human carbon emissions, that's literally dissolving the shells of oysters, scallops and other shellfish.

Due to the specific nature of Pacific Northwest wind patterns, shellfish in that area are currently facing the greatest risk: a massive die-off there, which also occurred in 2008, caused the population to plummet.

"I think the oyster industry is kind of the canary in the mineshaft," Dave Nisbet, an oyster farmer who saw production drop 42 percent by 2012, told Al Jazeera of acidification's growing threat. "I think we're kind of the first ones, the first ones to really identify and be able to have a direct linkage to the acidification part of global warming."

He's not the only one paying attention: in Maine, a state committee recently released a report urging legislators to ramp up research and monitoring of acidification, which they warned threaten the area's lobster and shrimp fisheries. And by the end of the century, as Quartz points out, scientists predict that the oceans will be 170 percent more acidic than they were before the start of the Industrial Revolution. That's a problem not only for shellfish, but for the other fish species that feed on them and which depend on coral reef habitats, where are threatened as well. The entire, global cost of acidification on lost ecosystems along, according to one report from the U.N. Convention on Biological Diversity, could top $3 trillion annually by then.

At which point scarce, more expensive oysters will be the least of our problems.