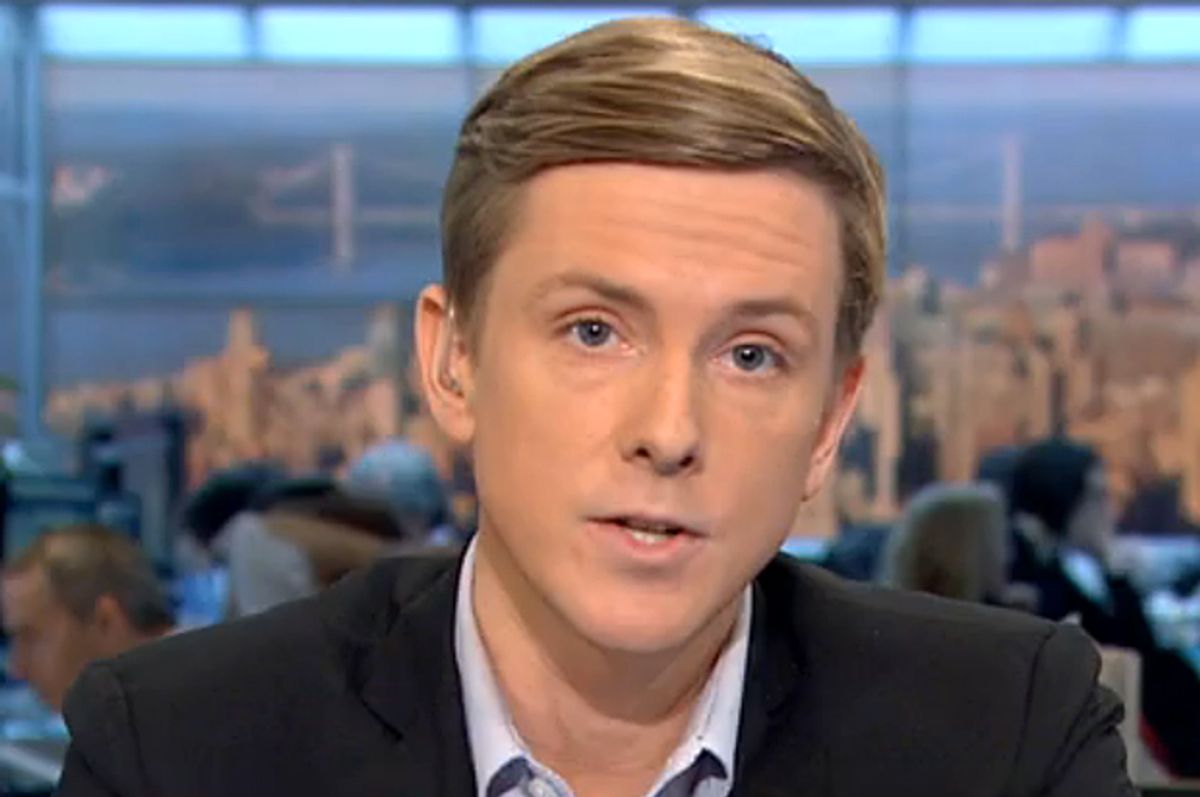 Aside from often adding a refined liberal gloss to the fundamentally illiberal philosophy of neoconservatism, as well as doing much the same for Archie Bunker-style white resentment, one of the distinctive features of the New Republic over the last 40 years has been the veritable chasm separating its influence from its actual circulation. So I suppose it’s fitting to see that the recent, dramatic exit of much of the magazine’s best talent has garnered far more attention — and inspired far more conversation — than anything TNR itself had in years, if not decades. If what many TNR alumni and die-hards tell us is true, if we really did just witness the end of TNR-as-we-know-it, what better way to go out than by giving elite media yet another reason to write about itself? (Or “ideas,” as former owner Martin Peretz likes to put it.)

Because TNR played such an outsize role in American politics during the past four decades, it’s a fat (and fair) target for those who want to write about larger societal trends by using it as an example. One could, quite reasonably, understand the TNR story as just one chapter in the larger tale of how Wall Street and Silicon Valley have spurred and profited from the deindustrialization that’s characterized the U.S. economy since at least the early '70s. Or one could describe the magazine’s death as the inevitable result of intellectuals tying themselves at the hip with capitalists and state power. I suppose one could even make a decent case that TNR suffered from our tech overlords’ signature inability to understand that every system, every bureaucracy and every market is not fundamentally the same. Interrelated as these themes are, they’re all true to at least some degree.

To me, however, the most interesting and telling part of the saga isn’t about economics or war-making. Instead, what makes the story interesting (and perhaps even valuable as a teaching tool) is the way TNR’s now-vilified owner, Facebook co-founder and multimillionaire Chris Hughes, reflects what I think is one of the more significant social forces in our politics. Namely, the tendency of self-styled liberal elites to assume that their ability to recognize the flaws of America’s meritocratic system somehow protects them from its winners’ biases as well as its losers’ criticisms. Yes, yes, the system is broken and the game is rigged, people like Hughes often say; but if I’m willing to grant that much, how could I possibly be part of the problem? For TNR’s editor-in-chief, this question is a lot more vexing than the rest of us think.

Despite being the engine driving the shakeup, Hughes was reportedly blindsided by the anger over editor in chief Frank Foer’s firing, as well as the mass resignations that followed soon thereafter. According to a former staffer quoted in a report on the collapse from the New Yorker’s Ryan Lizza (a TNR alum who demanded to be removed from the site’s masthead almost as soon as news of Foer’s defenestration broke) Hughes was “shocked” by the mass exodus of staff that wanted nothing to do with building a “vertically integrated digital-media company.” And as was confirmed by the Op-Ed he wrote soon after so many of his employees quit, he felt that his professed skepticism of the Silicon Valley ethos that had made him so wealthy would be enough to prove that his desire for “snackable” content didn’t make him like the profit-mongers at BuzzFeed. (Where a great, diverse staff is doing a lot of awesome work, by the way.)

“I’ve never bought into the Silicon Valley outlook that technological progress is pre-ordained or good for everyone,” Hughes wrote. “I don’t share the … casual disdain for established institutions and tradition of many technologists.” How did Hughes square these platitudes with his new goal to make a 100-year-old financial loser like TNR a moneymaker (or at least self-sustainable)? By arguing that when he blows up a historic monument to the pre-tech era, it’s just different. “[O]ne of the many reasons why I bought the New Republic,” Hughes argued, “[was] to preserve and invest in an important institution in a time of great technological change.” Wanting fewer long-reads on budget policy and more quick hits likely to be shared on Facebook wasn’t transforming the proudly staid TNR from within. Rather, it was an attempt “not to transform [TNR] but to develop and amplify its influence.”

Yet for someone who wanted so badly to “develop” and “amplify” TNR’s influence, reports from Lizza and others indicate that Hughes, on more than one occasion, balked at stories that not only challenged the Silicon Valley consensus but did so in ways that were downright bold for a magazine so thoroughly associated with the establishment. There was the infamous email exchange between Alec MacGillis and Hughes over whether Apple CEO Tim Cook’s coming out was too inspiring to let his company’s history of tax-dodging get in the way. (Hughes reminded MacGillis that “Apple has acted squarely within the law” and that “[c]ompanies have an obligation to their shareholders to maximize shareholder value, including through strategic tax planning.”) But there was also Hughes’ decision to keep Amazon’s petty, retributive yanking of advertisement funds over a critical cover story an internal secret. A story on why Cook’s coming out, while laudable, doesn’t make him a liberal hero; or a story on how Amazon uses its wealth to hamstring the press — these are the kinds of pieces an outsider-minded-insider should embrace. Hughes evidently feels different.

Indeed, if we place Hughes’ short-lived willingness to lose money on TNR aside, there’s precious little to see in the record that indicates he is in any way appreciably better or different from his fellow members of the tech-minded 1 percent. Like any other young master of the universe, Hughes decided that being wealthy beyond all imagination was boring, and that he wanted to put his money to use buying power and influence. And like any other young Silicon Valley superstar, Hughes decided that if forced to choose between commerce and culture, he’d go with commerce, while making vague gestures indicating he sincerely hoped culture would come along for the ride. In a country full of wealthy people who think of themselves as liberals, but only so long as their liberal principles don’t encroach on their backyard, Hughes clearly fits right in. We should all thank our lucky stars that it’s him — and not those other, small-minded technologists — currently running the New Republic.