"You hear 'Ready For Hillary'— it’s like, ready for what?": David Axelrod dings Clinton 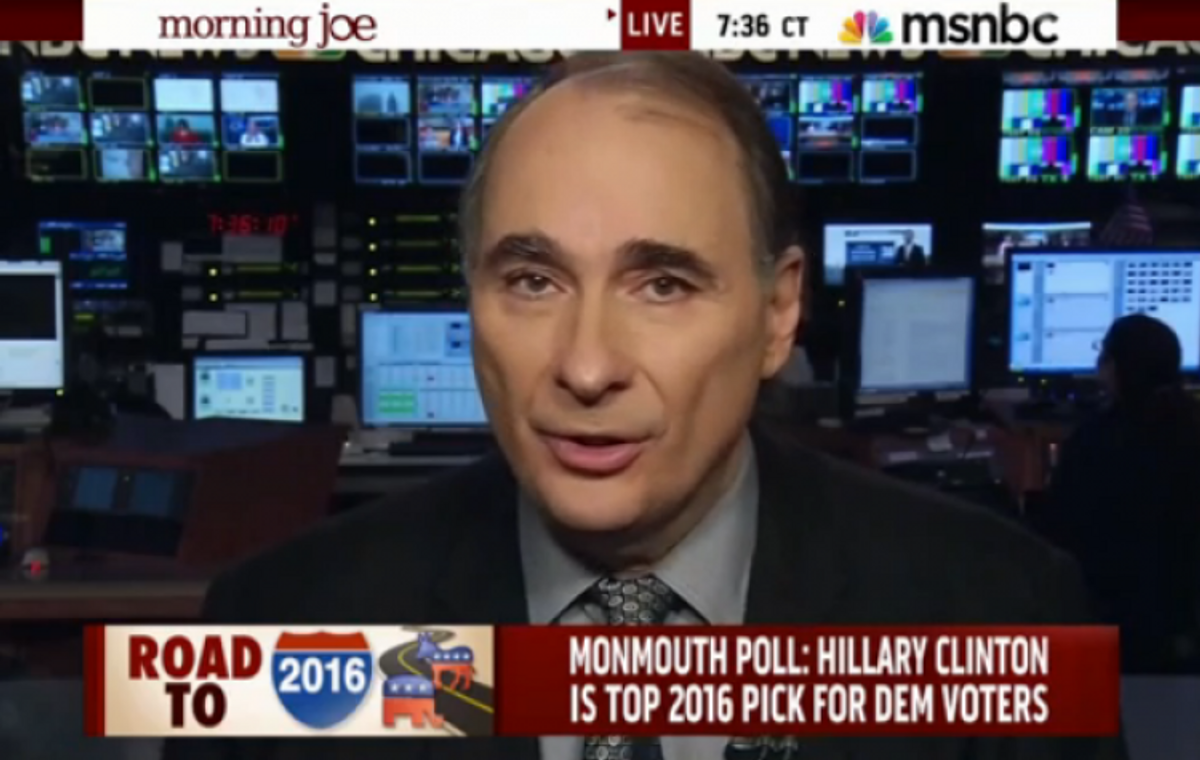 Appearing on MSNBC's "Morning Joe" on Tuesday, Axelrod, a key strategist on Obama's 2004 U.S. Senate campaign and both of Obama's presidential campaigns, said that Clinton has yet to develop a rationale for a White House run.

Asked whether there was an opening in the race for Massachusetts Sen. Elizabeth Warren, whom some progressives hope will challenge Clinton, Axelrod replied, "I suppose." But he suspects that Warren ultimately hopes she can "leverage" the buzz surrounding her into pressuring Clinton to stake out a progressive agenda.

“I think Elizabeth’s very sincere about her concerns about what’s happening in the American economy and Hillary hasn’t said yet what exactly her program will be, what she’s running on,” Axelrod said. “I think Elizabeth knows she’s got maximum leverage by still being in the conversation.”

“My suspicion is that what she’s doing is trying to influence how Hillary frames her candidacy and the issues she focuses on,” he added.

At this point, however, Axelrod believes that Clinton hasn't clearly articulated a campaign platform. And the former secretary of state risks a repeat of her doomed 2008 run if she doesn't formulate one, he said.

"What happened in 2008 was that Hillary’s candidacy got out in front of any rationale for it, and the danger is that that’s happening again," Axelrod said. “You hear ‘Ready For Hillary’— it’s like, ready for what?”

“And now Hillary’s task is to define what it is that she’s running for and running about and what would the future look like under another President Clinton. And I suspect that what she’s taking her time working through now, but she has to answer that question," he concluded.