Dozens of baby African elephants captured for Chinese zoos, according to reports 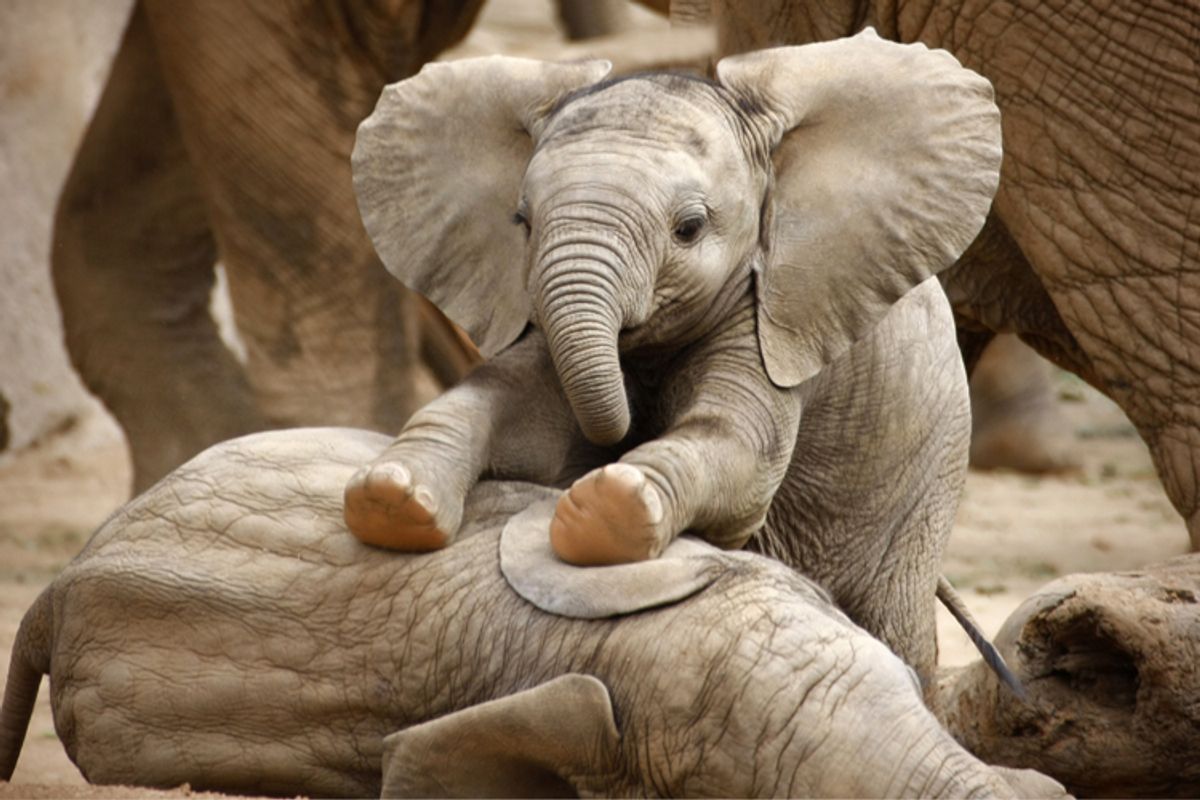 The Zimbabwe Parks and Wildlife Management Authority has captured dozens of baby elephants to be shipped to zoos in China and possibly the Middle East, according to reports. Zimbabwe Conservations Taskforce director Johnny Rodrigues has allegedly confirmed that the stolen elephants are between two-and-a-half and five years old, and are being sent to Maputo, Mozambique in container trucks, where they will then board a freighter to China.

According to the Zimbabwe Conservation Task Force's investigators, China has ordered the capture of several animals, including 30 lions, 34 baby elephants, and 10 sable from the Hwange National Park.

Conservationist Paula Kahumbu and Andrew Halliday wrote about the developing story for The Guardian:

In a further twist it is reported that Australian Hank Jenkin, a former top official from CITES, which is supposed to regulate the global trade in endangered species, is now working as a consultant to procure "hundreds" of elephants for Chinese zoos and safari parks...

Are these baby elephants 'ivory orphans' taken as they stand grieving at the bloody corpses of their mothers and sisters? or were they dragged forcibly from their mothers, or stolen away in the night? We do not know.

In a confusing twist to an already unbelievable story, Zimbabwe's government has admitted that it allowed the capture of baby elephants, although it claims that the elephants are destined for the United Arab Emirates. Saviour Kasukuwere, the country's environmental minister, said that it was normal for wildlife to be captured from the reserve and exported "from time to time." When asked for a comment about the Chinese export rumors by National Geographic, Kasukuwere said, "We have not authorized any exports of elephants to China."

Still, other sources, including the Times of South Africa and the International Union for Conservation of Nature's Daniel Stiles have independently reported that Chinese zoos are expecting a shipment of baby elephants.

China has received international scorn from animal rights groups for its ever-growing demand for elephant ivory. In fact, the wholesale price of tusks has tripled since 2010 in the country, and some worry that elephants could be extinct within one generation.

"[The] government is desperate for foreign exchange and revenue," wrote David Coltart, a senator with Zimbabwe's Movement for Democratic Change party in an email to NatGeo. "Furthermore, we have seen such rampant abuse of our wildlife in the last 14 years that this would be consistent with [what] the ZANU PF Government has done during this period... There is very little 'wildlife management' left in Zimbabwe. Whilst there are dedicated individuals in national parks, wildlife has been plundered by a predatory regime."